Previously on RTÉ Radio 1, Marion McGarry, author of The Irish Cottage: History, Culture and Design, spoke to Joe Duffy about how our ancestors celebrated Christmas.

If you're nearing the end of your tether with the Christmas cleaning and preparation, take comfort in the fact that we live in an exceedingly convenient world and there are far fewer expectations put on us in the lead up to Christmas.

Take, for instance, how the holiday was celebrated only a few generations before ours when families planned, prepped and celebrated in ways far more involved than our annual root around the attic and jaunt up to Aldi.

Historian and author Marion McGarry joined Liveline to share some insight into how our ancestors celebrated Christmas, as explored in her book The Irish Cottage: History, Culture and Design, which delves into "post-famine Irish cottages and rural Ireland".

"Our ancestors had a different approach to Christmas than we did", she explained. "In Ireland today Christmas is nearly a month-long celebration of consumerism and partying, but our Irish ancestors in that period celebrated Christmas in a much more subdued and humble way. There was some feasting and ritual but it was beautifully simple compared to today's."

Without the convenience of supermarkets that open until late on Christmas Eve, offering everything a reveller could want, our ancestors had to invest weeks into ensuring they had themselves a merry little Christmas. In fact, McGarry says that "In many ways, the build-up was more important than Christmas day".

"So, for example, during advent there would be an intense clean up of the house and all the house, inside, was given a massive spring clean and it was whitewashed inside and out. Furniture might be given a lick of paint."

If this is what we're shooting for, we shudder to think of how often we should be repainting our houses...

"And the sheds - the outbuildings - were also whitewashed and given a big clean, as well, and the animals were given a bit of extra straw for Christmas as a treat, in most houses."

Decorations were another labour-intensive job, with everything being handmade or foraged from the natural world - not an inch of tinsel back in the day. "I suppose going back to our very ancient, pagan ancestors there would have been a lot of greenery brought into the house. So holly, ivy were particularly popular", McGarry said. 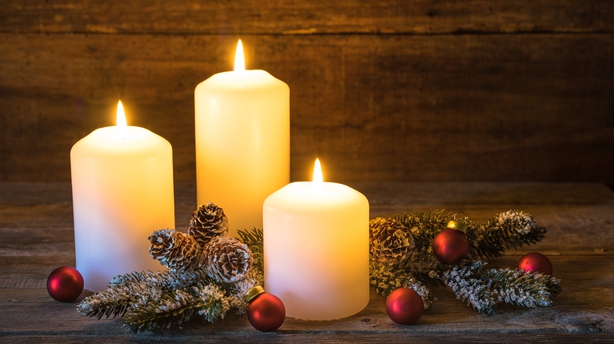 As well as that, there was the symbolic significance of the plant, as set against the newly whitewashed walls the plants would liven up the house, and "I suppose everyone's thoughts would just turn to spring".

Despite being the centre of festivities now, the Christmas tree was not always as essential as we believe it to be. "Instead of a large tree, for example, from the mid century onward you'd only have the top part or the branch of an evergreen tree potted up for the occasion, and that then was decorated with homemade paper chains or foil made into paper chains."

According to McGarry, mistletoe wasn't really popular in Ireland until recently. Spare a thought for the awkward Irish Christmas romances of yesteryear. 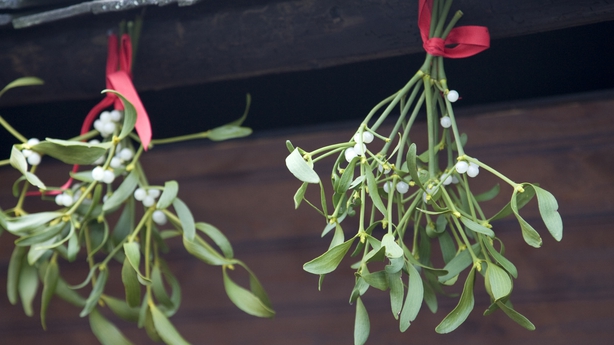 Another important display was the Christmas candle, which was "a thick white or red candle and it was lit and it lasted entirely over the Christmas period", McGarry explained.

Christmas preparation was aided massively by the tradition of Martinmas or St Martin's Mass, which took place each year on 11 November and was when animals would traditionally be slaughtered. This allowed them to prepare the meat for black pudding and the all-important smoked ham. 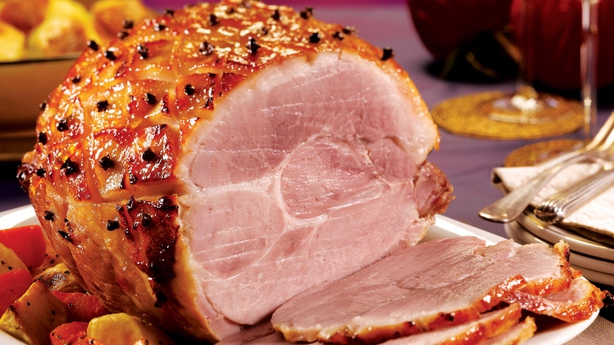 When it comes to food, however, it's mostly the means of cooking rather than the dishes themselves that separate us from our ancestors. "Everything was cooked over an open fire, an open turf fire as well", McGarry explained, "so on Christmas day you would have had pot-roasted goose, which was the choice for dinner."

Turkey was more recent addition in the 20th century. "You would have had a bread or potato stuffing made with butter and onions and flavoured with seasonal herbs, such as sage, parsley or thyme. And then you would have had your sliced boiled ham."

In Dublin and Cork, traditional spiced beef was extremely popular, which it still is now, while winter vegetables such as cabbage and mashed turnip were the accompaniments of choice. "And then finally, a large Christmas cake made using spices and dried fruit soaked in alcohol ... and that was considered a huge treat and was supposed to last all over Christmas."

Imagine. Subsisting on one Christmas cake for the season. The horror.