We’re well into November, meaning the more prepared among us have already started thinking about shopping for Christmas presents.

If you have no idea what kids might like this year, you’re in luck, because the Toy Retailers Association has announced the DreamToys Top Toys for Christmas.

This is a list of 12 toys – selected from 72 – that industry experts believe will be the top choices for children at Christmas this year.

Paul Reader, the new chair of the DreamToys selection committee, says: "We know many use the DreamToys list for guidance when it comes to making purchasing decisions and we feel we’ve selected the best toys to delight children this Christmas while suiting different budgets."

In no particular order, these are the toys industry experts think kids will be desperate for this year… 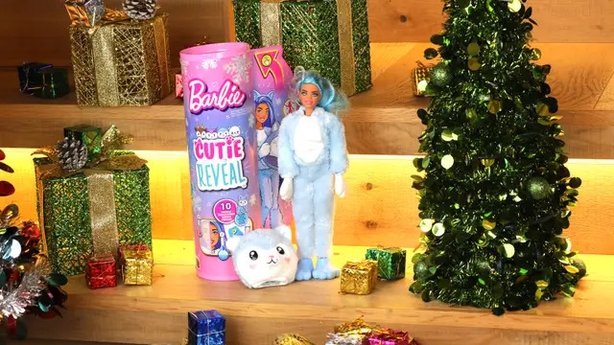 What’s it all about? You can’t deny the enduring appeal of Barbie, who appears on this list most years. This toy is all about hidden surprises – meaning you’ll get bang for your buck – as there are 10 gifts in one package. From plush winter animals to accessories for your Barbie doll, this is the wintery treat kids will love to play with. 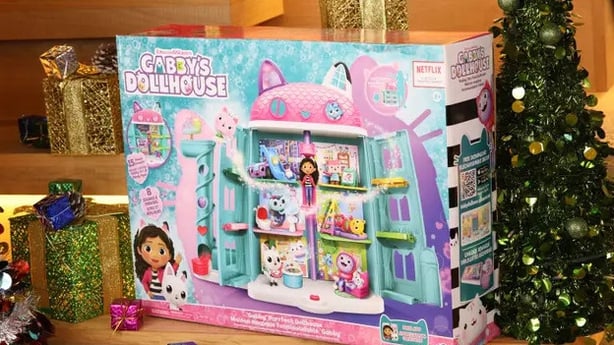 What’s it all about? Few things are as magical to unwrap on Christmas morning as a dollhouse, and this one is perfect for fans of the DreamWorks show Gabby’s Dollhouse on Netflix. You’ll need a fair amount of wrapping paper to get this one all tied up – it stands at 61-centimeters tall, and is full of fun features from buttons that play music to an indoor elevator with cute cat ears. 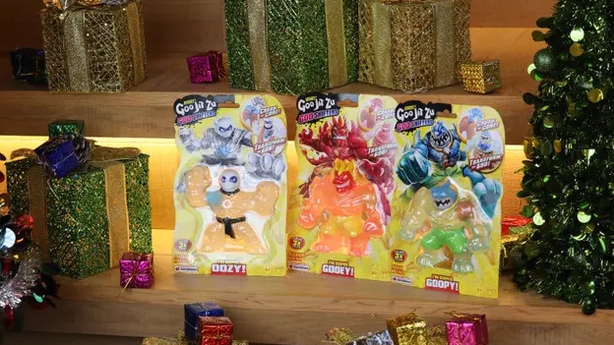 What’s it all about? For fun that feels messy (even if it isn’t), Heroes of Goo Jit Zu Goo Shifters is perfect. Shaped like little monsters, kids can squish, squeeze and stretch these action figures – with the goo inside changing colour for maximum fun.

Who’s it for? Age four and up.

GiGi the Giraffe, €37 in Oxendales 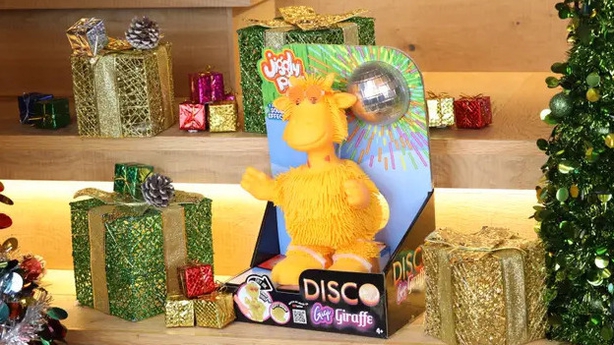 What’s it all about? GiGi the Giraffe will certainly bring the party this Christmas – she’s a 12-inch electronic giraffe who moves to the music. The toy comes with three different songs to groove along to, and kids will love GiGi’s stretchy yellow hair and sunglasses.

Who’s it for? Age four and up. 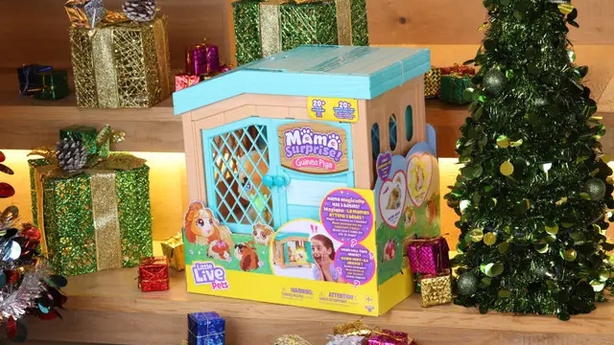 What’s it all about? If your child is desperate for a pet but you’re not sure you can handle the expense or admin, this toy might just do the trick. It’s a guinea pig children can actually interact with – it makes noises, and her heart will glow when she’s put back into her hutch. The fun doesn’t stop there – if you care for the mother guinea pig, you’ll find new guinea pig babies will arrive.

Who’s it for? Age five and up. 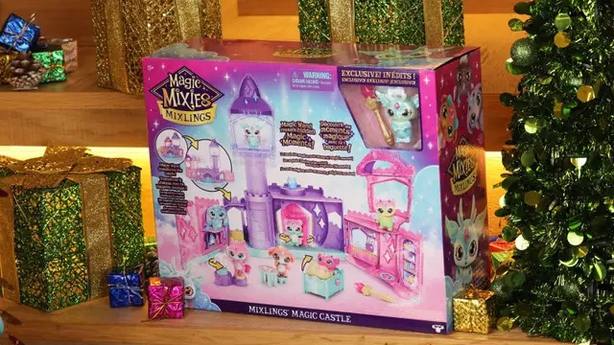 What’s it all about? This interactive magic castle comes to life with the help of a magical wand, revealing a hidden world. This set includes one figurine – a Mixling called Magique, whose wings appear with the tap of a wand.

Who’s it for? Age five and up. 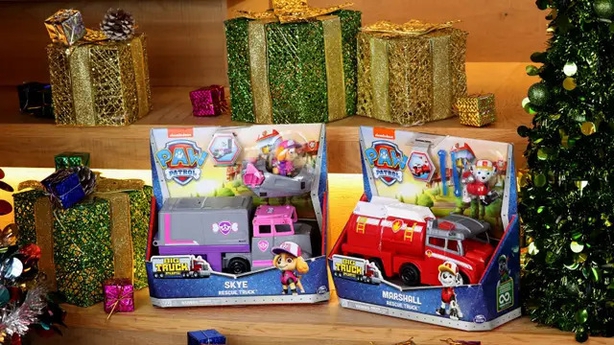 What’s it all about? Toys themed around TV shows remain incredibly popular, and it doesn’t get much bigger than PAW Patrol. Kids can collect trucks and play with all the gang – including Rubble, Rocky, Skye and Zuma – for highway rescue adventures. As an extra bit of excitement, each truck has a vehicle transformation to explore. 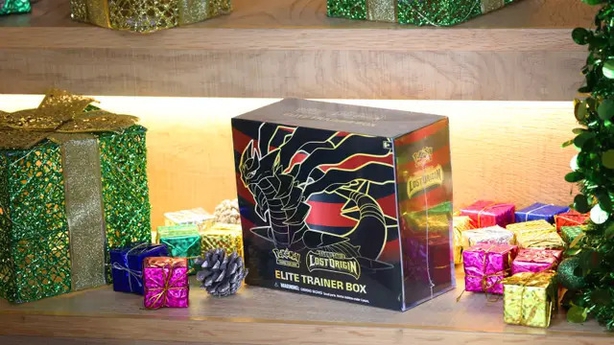 What’s it all about? Pokémon fans will go wild for the Elite Trainer Box, which has everything you need to get involved in the trading card games. With booster packs, card sleeves, energy cards and a collector’s box to keep everything organised, it’s the perfect gift for Pokémon superfans. 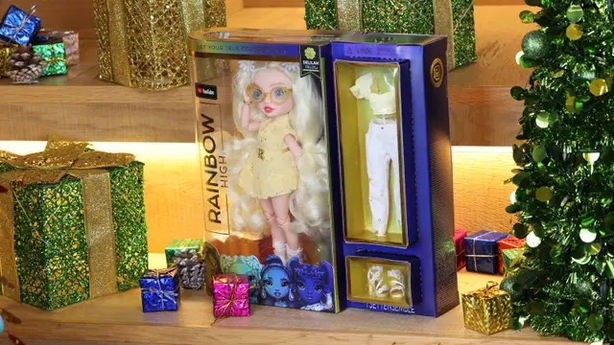 What’s it all about? This range features six new dolls in trendy outfits and their own unique personalities. What sets these dolls apart is their commitment to inclusivity – there’s a range of skin tones on offer, and there’s one doll with vitiligo and another with albinism, showing kids the beauty in diversity. To get to know the characters even better, kids can check out the animated series on YouTube. 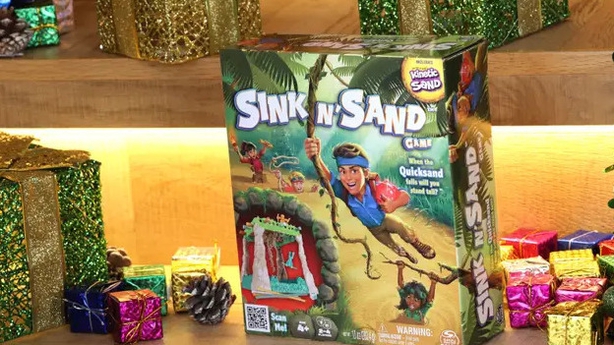 What’s it all about? This is the only board game to make the list this year, and it’s a good one. Set in the jungle, the four characters – Sink ‘n Sally, Sunk ‘n Duncan, Slip ‘n Sam, and Fall n’ Fran – have to avoid being trapped by the quicksand. Players roll the dice and pull out the corresponding stick holding up the sand – potentially causing characters to topple down. The aim of the game is to be the last man standing. 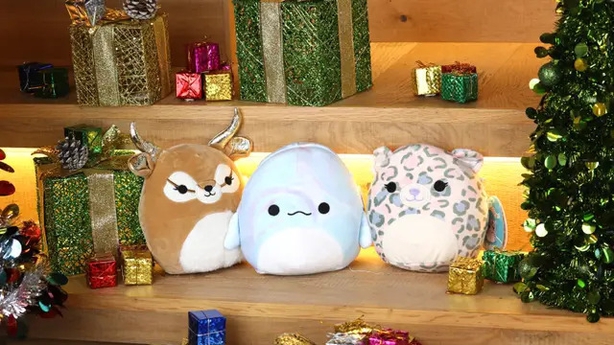 What’s it all about? It doesn’t get cuter than these plush toys. Each Squishmallow has its own character – and with over 125 million sold globally, there’s certainly an audience for them. 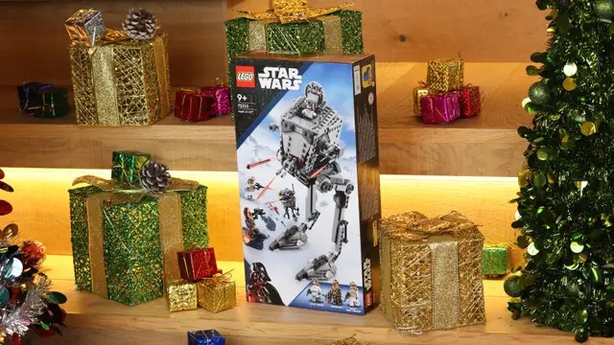 What’s it all about? This is the top choice for LEGO fans, giving them the opportunity to build a model of the AT-ST from the Battle of Hoth in Star Wars: The Empire Strikes Back. It also comes with three minifigures to play with, including Chewbacca.

Who’s it for? Age nine and up. 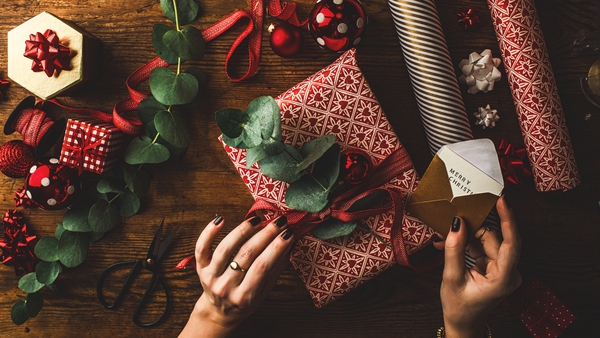