When was the last time one of your old friend's names appeared in your contacts and you wondered what they're doing now? You might even have thought of reaching out and getting in touch, only to hesitate and ultimately to decide against it.

A new study in the US suggests that your attempt to reconnect would be welcomed by the old friend. Orla Muldoon, Professor of Psychology at the University of Limerick, spoke to Cormac Ó hEadhra about the study on Drivetime: The study suggests that people tend to be reluctant to get in touch with someone they haven't made contact with in a long time, Prof Muldoon says, because they only consider the potential cost of making contact, and not the effect of the contact on the recipient:

"People aren’t very good at understanding how it will feel to get the message, they only see the cost to taking the action. So, they only see the barriers and maybe feeling the embarrassment, people sending the message don’t orient at all to the happiness or the surprise or the joy that people feel by getting a message as a surprise."

Why is that, Cormac wonders. One thing that jumps out from the study that seems to be important is surprise, Prof Muldoon says:

"People who are surprised by the message tend to view it much more positively. But they also look at strength of ties with the person, so if it’s somebody you’re very fond of or you’ve a very good relationship with, there’s, you know, a bigger bounce from it." 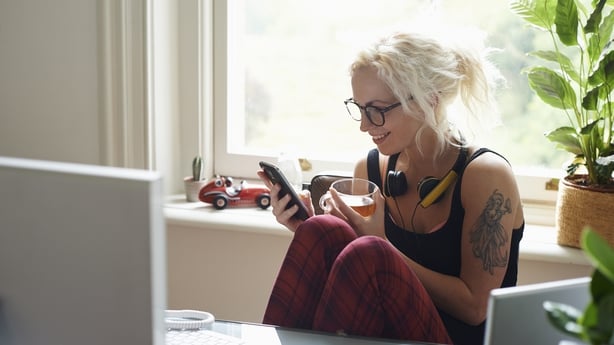 It definitely stands to reason that Marjorie who you went Interrailing with that summer and stayed besties with for a decade before work and romance caused you to drift apart would react more positively than Gerald, who gave you a lift home from Slane one year, would, doesn’t it?

But why is it that people – mistakenly, it seems – think that their messages will be poorly received? Even what Prof Muldoon calls "low-level messages", ie: ones not asking for anything, just checking in with someone.

"The messages that they tested, they weren’t proposals, they were just, you know, 'I’m thinking about you. I hope you’re well.’ It was that kind of tone."

Prof Muldoon’s advice for people thinking of getting in touch with someone they haven’t had contact with for a long time – think about how they’ll feel good about it, rather than how you’ll feel awkward about it.

You can hear Cormac’s full (not very long) chat with Prof Orla Muldoon above.