So, you are LGBTQ+. You know it. But when workplace chatter turns to relationships, marriage or settling down, you are quiet. You’ve never felt like you could mention it, or had a reason to mention it, so no one at work knows.

Football has suffered from a serious homophobia problem for a long time and when Justin Fashanu came out 32 years ago he faced widespread backlash and abuse. Now, Blackpool forward Jake Daniels has become an overnight inspiration – coming out as the only openly gay professional player in Britain at the age of 17.

This brave decision to simply be his authentic self has the opportunity to set the precedent for real change in the profession. So, how can you follow suit in a way that is safe and comfortable for you and come out at work if you feel ready to?

Open up to those you trust
George Wright is the head of social media at MyGWork in the UK, a platform that aims to help LGBTQ+ people into work. Representation in his view is vital, but being the first to step out of the closet can be scary.

"For those who are the first out in their workplace, like Jake Daniels, it’s a matter of finding allies and knowing that even if a few people have a problem with it, you have support from key colleagues and senior leadership to ensure that there is no detriment to yourself.

"It’s about creating inviting, safe spaces. If I want to tell my colleagues that my boyfriend and I went to an event this weekend, I should be able to do so without worrying that someone may try and shut me down because it’s ‘inappropriate’."

Being your most authentic self at work could help you be even better at your job too. "If you can’t answer truthfully who your partner is, what you did at the weekend, what your interests are, for fear of outing yourself, how can you form the bonds that support you to work to your best potential?" asks Wright. "Coming out at work not only enables you to bring your ‘A game’, but also enables you to be a role model to others that may feel the same way."

Who's there to protect someone after they come out, outside of the LGBTQ+ community? Yes, so many people will respond positively to Jake Daniels, and that's wonderful, but others won't. He's only 17. That's a lot for him to carry.

Who are the allies doing brilliant work? 👇

Take your time
Lou Englefield is the director of Pride in Sport. She wants to see less ‘drama’ surrounding coming out – because heterosexuality should not be the assumption.

She says it’s best to "take your time and trust your instincts" when coming out at work. Don’t rush anything, and if something doesn’t quite feel right, make sure you are talking to people you trust.

Self-preservation is an important part of the process. Wright says: "Take it at your own pace, only come out if you feel you are ready to do so, and focus on the positives.

"It can be very exhausting to have to re-introduce yourself to everyone and that’s fine; just make sure that you’re looking after yourself and putting yourself first."

Englefield says that neutrality can be your friend at work.

"Using some gender neutral language in the workplace can just give people a bit more room to be themselves. So if we talk about partners rather than husbands or wives, then it gives people an opportunity to talk about their relationships too," she says.

If you are able to set this precedent, or use this language, the heteronormativity of the workplace could start to shift.

Pop your pronouns in your signature

You may have noticed your colleagues putting pronouns in their biographies or email signatures, and this can be great way to create a more inclusive space.

Wright explains: "Sharing your pronouns in the workplace goes a long way in tackling assumptions, as well as helping to normalise conversations around pronouns and gender identity – by sharing our pronouns, trans and non-binary people aren’t made to feel singled out when they need to clarify their own."

It is not your sole responsibility to educate those around you on all things LGBTQ+ and you shouldn’t feel like you owe anyone any information or an explanation- your sexuality is yours to navigate.

Englefield says it’s important that equality, diversity and inclusion education don’t just fall on minorities within an organisation after they come out.

"We need to be careful not to place the burden on people just because they are LGBTQ+. There needs to be buy-in from the top to the bottom and diversity, equality and inclusion initiatives never work if one person is expected to carry that forward." 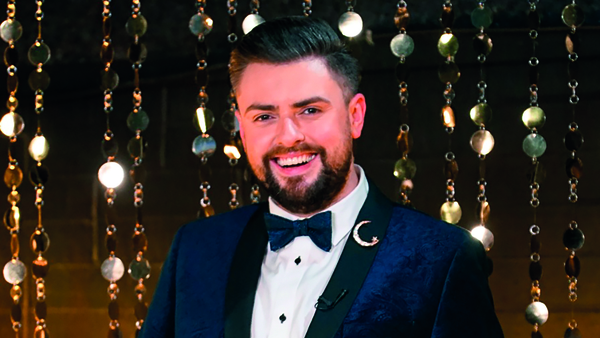 "There's no time limit": James Patrice on coming out