Viewers can expect to see a new home for the series, with the incredible gardens being planted in Riverside in Kells, a new social housing development built by Meath County Council. 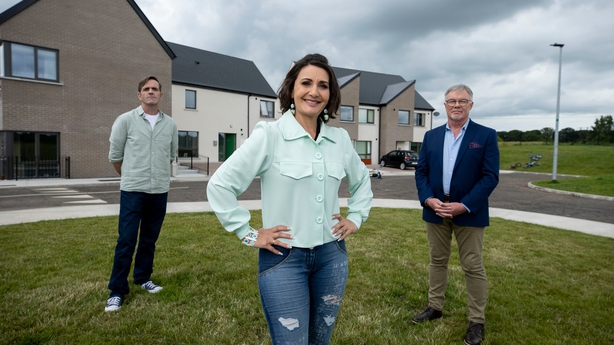 Our five competitors will each be given an identical plot to create a show garden for the residents. They must do so in three short weeks on a budget of €15,000, which includes €5,000 for Irish grown planting.

The final results will be judged by judges Brian Burke, Monica Alvarez and Garry Graham, and the winner will secure a coveted show garden spot at Bloom.

Tonight's Super Garden designer is 35-year-old Aimee Moore, a mother of one who has worked in the gardening sector her whole life.

Her love of gardening began with her father who also has green fingers, and has studied horticulture. Her father was teaching and designing the gardens in The Midlands Prison up to retirement last year.

Aimee says that as well as finding inspiration from her father, she finds strength in other woman:

"I am also part of a great group of strong independent women, and we meet up a few times a year, we rent out a big house in the most scenic of places where we run workshops over a weekend with yoga, meditation, crafts, and there's always some fire dancing. It really is a magical thing to be a part of".

Having dedicated her life to raising her daughter Khia (11) and working for other gardening and retail companies, Aimee decided to make a life changing decision by prioritising her dream and her future career as a garden designer.

For the first time ever on Super Garden, viewers will see a designer challenged to design and build a front garden for a homeowner.

Aimee’s homeowner is Anna Connaty, a woman in her 70s who has moved to a home in Riverside after leaving her family home of 42 years. With her children all having grown up and flown the nest, Anna has taken the plunge to move in on her own in the new estate.

Aimee has two weeks to design and three weeks to build a garden that will give Anna the garden she’s looking for and impress the judges.