It takes two to make a baby. And just as a new arrival can bring joy to both parents, it can also spark mental health problems in both men and women.

Postnatal depression (PND) affects up to one in 10 new fathers, and around one in five new mums, according to the Pandas Foundation (Pre and Postnatal Depression Advice and Support) in the UK.

The fact that its so prevalent in men is being explored in a new EastEnders storyline, featuring character Stuart Highway, played by Ricky Champ, as he struggles to bond with his newborn son.

EastEnders bosses said they worked closely with two mental health charities – Mind and Pandas – so Stuart’s plight is portrayed as realistically and sensitively as possible. In the coming weeks, viewers will see him struggling to connect with Roland, eventually leading him to question his love for the child.

Research from the National Childbirth Trust (NCT) has found that over a third of new dads are worried about their mental health, and yet PND is still seen very much as a female problem.

"Men are often undiscovered in the perinatal mental health journey, which is their mental health from conception through to birth and beyond," explains Annie Belasco, head of charity at Pandas Foundation. "It’s only because of the courage of men who talk about how they’re feeling and go on to seek help and support, that people are sitting up and taking notice of this as a serious mental health condition in men.

"Postnatal depression as a diagnosis is becoming more common and more talked about as we educate society around this."

What are the signs of male PND?
The peak time for postnatal depression in men is three to six months after the birth, says the NCT, which points out that dads aged under 25 are more likely to have PND than older men. But at any time after their partner has had a baby, men may experience low mood, anxiety, loss of identity, rage, intrusive thoughts and persistent feelings of sadness, says Belasco.

"Everybody reacts to becoming a parent in different ways," says Stephen Buckley, head of information at the mental health charity Mind.

"But there are some common signs that you may be experiencing a mental health problem, including hostility or indifference to your partner or baby, and equally guilt – because perhaps you weren’t the person who had to give birth."

There are physical symptoms too, like loss of sleep, changes in weight or appetite, toothaches and nausea.

"These experiences can be very hard to cope with – but with the right support it is possible to manage these feelings," he says.

Men can experience Antenatal & Postnatal depression. #Postnataldepression (PND)in men is a real issue that often goes undiagnosed, as discussed by #FLTD founder Dave Saunders below. If you feel you may have PND it is important to seek help as soon as possible. Speak to your GP. pic.twitter.com/wAjnWYnVN2

What causes male PND?
Clearly cisgendered men haven’t physically carried a baby or given birth – so what can cause PND in men?

"The triggers can be for many of the same reasons that present with women," explains Belasco, "including birth trauma, adaptation to life, sleep deprivation and other significant changes to men’s lives."

In addition, Belasco says PND in men can also be triggered by a pre-existing mental health condition, or even adverse childhood experiences that are reawakened when someone becomes a parent. Plus, the Institute of Health Visiting says that if a father’s partner has PND, the dad is 50-75% more likely to experience his own symptoms of perinatal mental illness.

And, perhaps surprisingly, hormones may also play a role in men’s PND. The NCT says that just as with mums, changes in hormones including testosterone, oestrogen, cortisol, vasopressin, and prolactin in men during the period after birth may make PND more likely.

What support is available?
The first port of call for any parents – male or female – who think they may have PND should be their GP.

Buckley says: "Since it’s connected to becoming a parent, some doctors might say you’re experiencing postnatal depression – or paternal depression. Others might say the term ‘postnatal’ only applies if you’re the one who gave birth. Regardless of how you label how you’re feeling, if you think you need support for your mental health it’s important you feel able to ask for it."

For more information on post-natal depression, visit HSE.ie or PND.ie 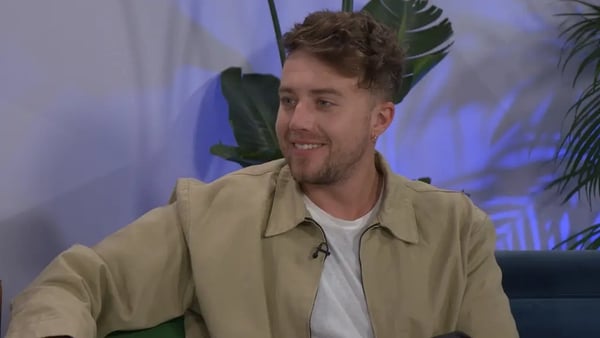 Roman Kemp on the importance of reaching out to male friends