We're all well-versed in sea swimming in Ireland, but over in Holland they're doing something a little different: sea screaming.

Well, screaming at the sea might be more accurate.

After almost a year of Covid restrictions and lockdowns, Julie Scott came up with her Screech on the Beach initiative to help herself and others release some tension. Born in Scotland and currently living in The Hague, Scott is a vocal coach who started the project in February 2021.

Joining The Ray D'Arcy Show to talk about it, she says that by January 2021 she was starting to see "[my] savings going down the drain".

"It was all becoming a bit worrying and frustrating and I thought, 'Well, how can I give myself a positive boost?'"

For her, it came down to getting as much sunlight as possible, getting up early and going out, getting exercise. From this, she started setting out on long walks on the beach, but "I was missing doing stuff with other people so I thought, maybe I could invite people to the beach to do some voice exercises".

Scott started off as a singer and had begun giving singing lessons and voice expression lessons, so she understood the joy in unleashing your voice. "I noticed that a lot of people had so many problems with their voice", she says. "A lot of it is shyness and not being used to making certain sounds. When you want to sing, it's such a nice feeling if you can use your voice completely."

She remembered she'd seen a travel show on Dutch television, years previous, about people in Beijing who would go to a park every morning just to "vent and scream and use their voice in a very primitive way".

"I always wondered what that would do and how that would feel, to do something like that every morning for a certain time", she says.

And so Screech on the Beach was born, a project that Scoot planned to continue every morning at 8am – just in time for sunrise – for three weeks. She didn't want to do it on her own, so she made an event on Facebook.

"I turned up there on the first day and there was a group of people! It became this little ritual that we would do everything morning. Every morning I didn't know if it would be 10 people or 15 people, but I was never there on my own and it was so special just to experience that."

So what does a screaming session on the beach look like?

"I do some voice expression exercises with them because quite a few people are not used to using their voice like that and they have to overcome their shyness", she says. "We have a lot of fun as well. Then we all stand in a row to watch the sea and we're quiet for a minute, it's like... a moment of meditation.

"Then I count to three and we scream! Just let it all go and let off steam, then after that is actually my favourite part, we're quiet again for a minute. It's wonderful because you feel completely energised, and the silence after all that noise is just wonderful."

As for how long these screams last, it varies: "Everybody screams for as long as they want to, but not very long. I would say about a minute or so. They don't say anything, or maybe I haven't noticed. I'm too busy screaming myself!"

Once the initial three-week run came to an end, Scott stopped doing the screaming sessions every day, instead hosting a few here and there. However, in recent months she started it up again after the Dutch government announced there would be more restrictions.

A local television station wanted to come along and make a video, and "then it went wild", Scott says.

Since then, her screeching has reached everywhere from Germany to New York, though the group always remember to "thank the sea" for accepting their screams.

Listen back to Julie's full chat with Ray here. 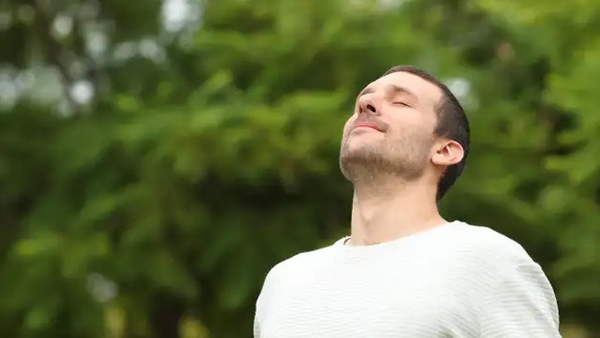 Struggling with the January blues? Breathwork may help