Deadpan comedian Jack Dee, known for his po-faced delivery and grumpy comments, brightens up noticeably when talking about Christmas.

"I always get brought in on chat shows and panel shows to say how I hate Christmas, but the thing is, I don’t. I like Christmas a lot. It’s the rest of the year I find problematic," the grumpy funnyman observes, adding that putting up lights and decorations cheers him up.

"I allow Christmas to become a fantasy time where everyone’s going to have a good time. It’s a celebration."

However, not all share his sentiments, as is revealed in his new book, What Is Your Problem?, for which he has turned himself into a self-styled ‘agony uncle’. In the spoof, he’s qualified after completing a gruelling four hours of psychotherapy study and receiving a certificate of completion from the entirely fictional Ruislip College of Advansed (sic) Learning. 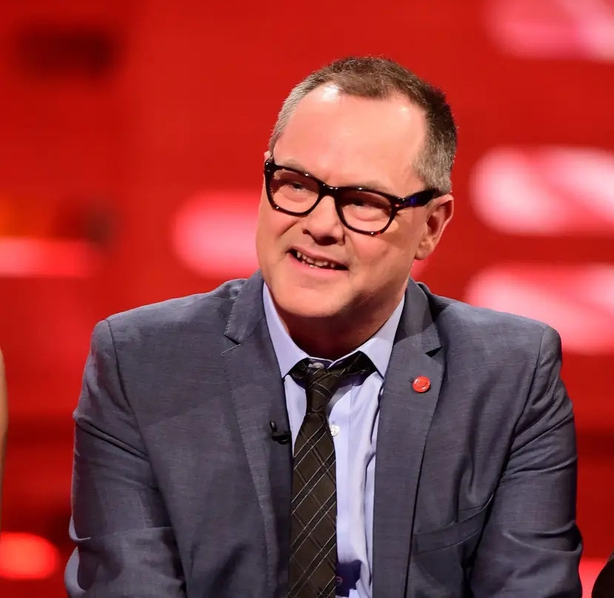 The idea came from the BBC2 show, Jack Dee’s HelpDesk, in which he and four guest comedians turned agony uncle to help a live studio audience solve their problems and dilemmas.

For the book, dilemmas are collated from letters, tweets and emails he received since he announced he had ‘retrained’ on Twitter in 2020, fielded by the publishers.

In it, he advises people on their festive dilemmas and other issues ranging from relationships to jobs, kids and parents.

"They had to be topics which sparked my imagination. The questions shouldn’t be silly. If you don’t believe in the question, you’d find it hard to enjoy what I do with the question."

Of course, it’s totally tongue-in-cheek and ideal for the Christmas market, when all you have time to do is dip in and dip out, as he tackles readers’ dilemmas in typical agony uncle format, but in a far less sympathetic or conventional manner.

One reader confesses he's sick of Christmas, hosted largely for his wife’s family who snipe about the food he serves up, and was grateful when the pandemic stopped the relatives coming round. But how does he get out of hosting them in future?

Dee, 60, tells him, in a witty, roundabout way, that he’ll never be able to get out of it but to cheat with everything, from pre-done Christmas veg to Monopoly.

"Families are complicated, aren’t they?" Dee continues, warming to the Christmas theme. "As they grow and get older, they come to the table with a bit more baggage every year.

"The advice on that one is, don’t fake it but if you can, put your troubles aside for the day but don’t force yourself to be the person you are not.’"

Other advice in the book is less sympathetic. When a reader who has discovered his girlfriend is on Tinder asks how he can mend a broken heart, Dee responds: "Try Tinder? It’s working for her."

Brutal, but funny. Yet, in this age of cancel culture, has he had to change his comedy to suit the times? 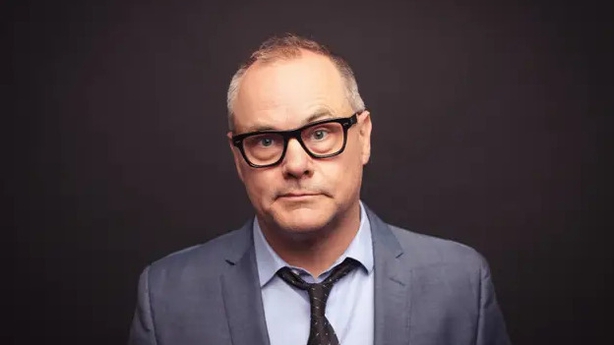 He says thoughtfully. "I think it’s good to be self-critical and to interrogate what you’re saying and make sure that what you’re saying isn’t relying on the more base instinct of people in the audience. This isn’t a new change in my approach.

"If I’m talking about a person or a type of person, my rule of thumb is, ‘Would I say it if I knew that kind of person was in the audience?’ And if the answer’s ‘No’ then I’ve got no business in saying it at all.

"But if the honest answer to myself is, ‘Yes, I would say it because I believe this’, and the person is there, then I’m happy for them to hear me say it.

"I won’t adjust because I think, ‘Oh, someone somewhere will be offended’ because that’s such a changeable list of individuals and issues from day to day of what is perceived as acceptable or not acceptable. For me, if it’s funny and I’d say it in front of a person, then I’d do it."

While there’s no doubting that the ‘agony uncle’ answers he gives in the book are funny, some are also true, he agrees.

"To be clear, these are not mental health issues that people are writing in with. That wouldn’t be appropriate to be used in this context.

"But what underpins the book is this idea that it’s OK to take a supercilious view of your own situation sometimes, and to be able to step back and laugh at it. I think that’s incredibly healthy.

"Sometimes we are in danger, without realising it, of taking everything way too seriously. Most people relate to the idea that you’re going through a bit of a rough patch, your mates take you out and you say what’s going on and they laugh at it and make you laugh at it. That is every bit as good as staying at home and gazing at the ceiling, thinking, ‘What am I going to do about this?’"

He’s recently resumed his Off The Telly stand-up tour which was postponed because of the pandemic and is continuing through most of next year. Has he had to change any material?

"I did wonder about that all through lockdown. I was working in big theatres for quite a long time to build it up to that point. Then I thought, ‘Am I going to have to start again?’

"But gradually I started to suspect that by the time we moved out of lockdown, either it’s the end of the world or it isn’t and people will want to get back to how things were before.

"Humans are extraordinary creatures. We are very resilient and good at adapting. My audiences are fantastic. I’ve always been very lucky to have people who want to come out and have a laugh at stuff even when things aren’t as easy as they could be. That’s partly why we have comedy."

He says he approached going back on stage with some trepidation.

"I wondered if audiences were going to be afraid to laugh in case they breathe in some toxic fumes. But even in Edinburgh, where I did the Fringe, people were wearing facemasks in the audience because it was mandatory then, but they were fantastic audiences and it didn’t affect the volume of laughter at all.

"We should all take solace from the idea that most of us are pretty tough individuals and we can take this stuff, acknowledge that it was hard, but not let it define us."

Dee himself never yearned for the understanding ear of an agony uncle.

"I’ve been very privileged in my upbringing. I had a nice, happy home, unlike the perception people have that comedians are all screwed up, unhappy and traumatised. I had Christmases which were fun where everyone had a good craic."

Today, he lives in London with Jane, his wife of 32 years with whom he has four children. They also have a bolthole in Chichester, where they will be spending Christmas this year.

And then we’re back discussing the festive season, when Dee will work to ensure his family has a fun time, remaining calm in the potentially stressful build-up to Christmas dinner.

"I’m a very competent cook, so I’m happy to do all of that stuff. Jane is arguably a better cook, but I’m a calmer one. I can cook Christmas dinner without at some point telling the whole family to f*** off!"

What Is Your Problem? by Jack Dee is published by Quercus, priced £20. Available now. 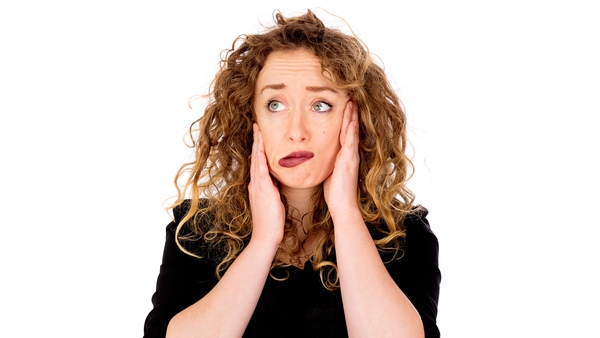 Comedian Julie Jay on her love affair with West Kerry