For some, it happens with grace. For others, it happens when they get excited about buying curtains. Eventually though, we all turn into our mothers, says Kate Demolder.

It all started with a sense of impending doom, as it often does, which saw me notice the bolognese on the boil splatter in the direction of my rented kitchen’s skirting boards. I stood there, aghast, wondering simultaneously whether the stain would come out with baking soda and when did I turn into this person.

My youth generally never centred around skirting boards. To be honest, I wouldn’t have been able to pick our home ones out of a line up. To this day, I’m still not 100% certain what they’re for. But I know they must remain clean, for fear of upsetting your mother, and by extension, the whole world who may come to visit at any given moment.

I remember the day my aunt told us she was "cleaning skirting boards" of a Sunday afternoon and I laughed, as I felt was expected of me, given that this was quite obviously some sort of sick joke. But the laugh hit an iced air, as both she and my mother glared, in the way only church-going women can, in my direction, as if I’d just said I’d murdered their favourite children and used their skin to make tea cosies. 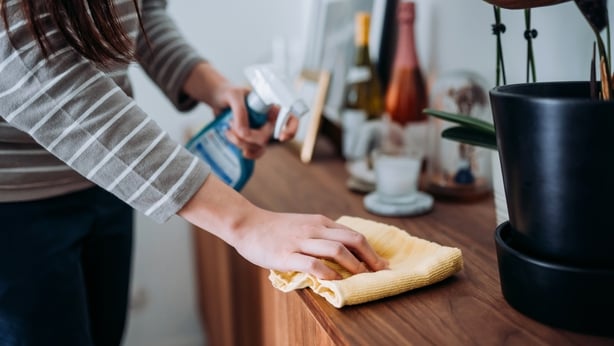 Irish mothers, of course, seem to live and die by this dogma – that as soon as a rogue sock hits the floor, Jesus Christ himself will appear, choosing our rural Kildare home to rise again. It’s the internal fire that keeps them prompt and true, with minds that could crack Da Vinci Codes and forearms that could bend steel.

It is this same unbending belief system that propels me to routinely empty out the freezer lest my housemate starts moonlighting as a butcher and needs the space, or polishing the sitting room bookcase in case someone goes to borrow Great Expectations and becomes swallowed in a dust cloud, doomed to live the rest of their days as swirling dust and ruin my village’s reputation for the rest of my living days.

I never seemed to realise the effect nurture has – such as bestowing onto your baby girl that the potential ruin of your kind relies on the state of your dishcloths – but it obviously travels via osmosis, into the very fibre of our core.

One only realises this when it’s too late, like when you hold a friend’s outstretched arm to apply SPF at clotted-cream consistency, or spot a trendy teenage girl only to anticipate the cold she’s due the following week, such is her skirt length. 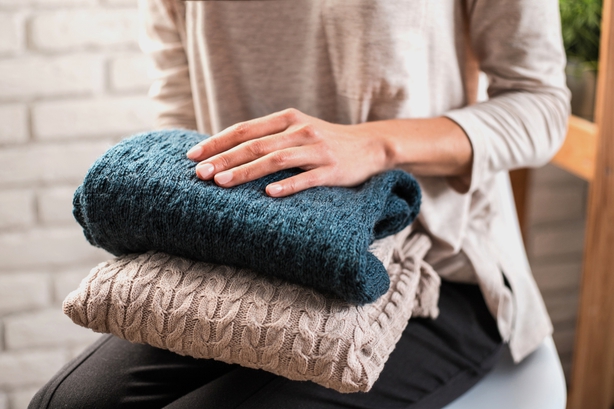 In the same way that 26-year-old men inexplicably become invested in Damien Dempsey and high-octane road cycling, I became heavily involved in Big Skirting as the clock struck mid-twenties. It happened in the way that John Green’s characters fell in love; slowly and then all at once.

But was all hope lost? Yes, I no longer recognise any artists’ names in the charts, and have an irrefutable urge to switch off lights when leaving rooms – but was Oscar Wilde right when he said "All women become their mothers; that is their tragedy"?

According to a study conducted by Harley Street surgeon Dr. Julian De Silva, women start turning into their mothers when they reach the age of 33, whereas men turn into their fathers at 34. More than half the women surveyed said that they stopped rebelling against their mothers in their early thirties and started mimicking them instead.

"We all turn into our parents at some point in our lives - and that is something to be celebrated," De Silva, who surveyed 2,000 men and women, said. "Becoming parents is the main trigger and lifestyle factors are also important." 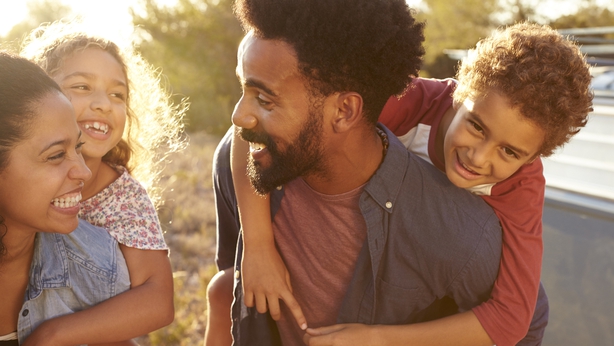 Psychotherapists call this behavior 'inherited patterns' – the beliefs and attitudes we inherit from our mothers, because we spent our childhood watching her, soaking in how she thinks, how she behaves, how she does things and, particularly, how she feels about herself.

Neuroscience also backs up these basic principles: If our brain is a computer, then our interactions with our parents are the default setting, and when things go faulty or get stressful in our adult lives, our neurons head for a familiar path, one usually set in early development.

This explains why when we're anxious and hungry, we make our mother's meals; or why when we want something from our partner, we may use the little-girl voices our mothers spoke to our fathers in. De Silva also mentioned that physical appearance plays a role, suggesting that participants who found that they were looking more like their parents as they grew older found that they started to feel more like them. But such a suggestion might allow one to believe that De Silva did not grow up in Ireland.

You see, such is the generation gap between current Irish mothers and their Irish daughters that an overlap cannot ever happen. Irish mothers, still lamenting the sturdy dependability of a structured jacket and a frosted coral lipstick will never understand the nude-adjacent athleticism of modern day.

And so they shouldn’t, given the fleeting disregard with which trends happen today. Back in the eighties, a patterned culotte would last you the decade, with change from a fiver going back in your pocket upon purchase. As I grow older, and realise on my second sip of wine that I am absolutely hammered, I realise now why the skirting boards were so important to my mother – control. The control that, I'm sure, oftentimes felt out of grasp for a woman who worked full time and also had four unbelievably annoying daughters (I’m not exaggerating, we often tried to follow her into the bath).

In a time when women were not afforded the same luxuries we have now (armpit hair! Children out of wedlock! PPSN numbers!) she didn't care about beautiful clothes or fancy ski holidays, she wanted to ensure that the place that housed her awful offspring would stay upright and all the items in it intact. And for that, I am hugely grateful – and keen to continue her unbridled legacy.

Like many daughters, I grew up not wanting to become my mother – her stable job and well-fitting jeans simply not befitting the romanticised Avril Lavigne ethos I set out to carve for myself. My eldest sister was the same - famously coming home shoeless on Junior Cert night - only for her to now beam with glee at the retelling of how impressive is the stack of turf she has for winter. 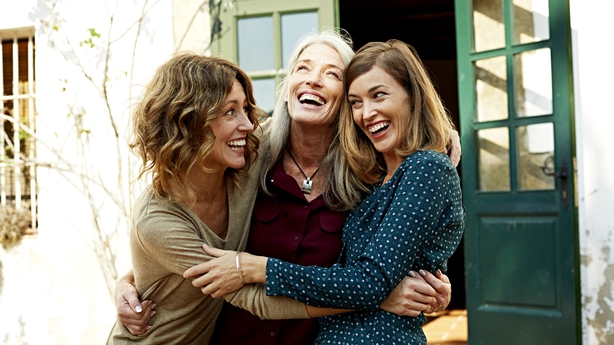 But such is life, and if we must turn into the generation that bore us, then I consider myself rather lucky. Not only because my mother is better than literally all of yours, but she also has cracking legs, along with other, more deeply profound qualities.

As for her? She actually does a pretty good impression of me too; eating every chip on her plate, bursting randomly into hymns on car journeys, and raising her voice an octave every time there’s a passing dog. Maybe there’s hope for us all yet.