If there’s one big trend among billionaires at the moment, it seems to be space.

The flight comes hot on the heels of Richard Branson, who flew to the edge of space on July 12. Branson called Virgin Galactic’s first fully crewed flight the "experience of a lifetime", during which he experienced weightlessness for a few minutes. 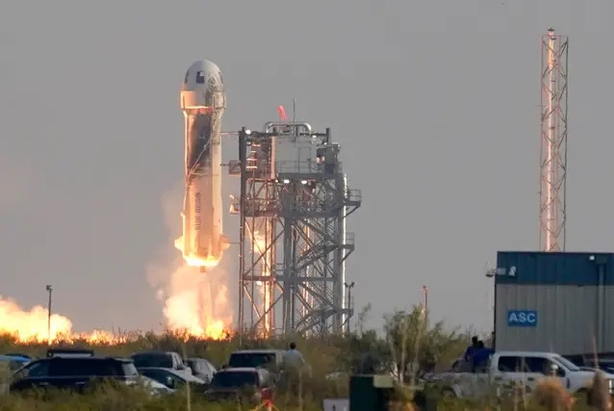 Entrepreneur Elon Musk is another billionaire keen to explore life off earth – his company SpaceX is due to launch its first fully private spaceflight in the autumn.

While it could be argued billionaires are bringing about a new era of commercial trips to space, it likely won’t come cheap. Tourists are expected to end up paying around $250,000 for a spaceflight on Virgin Galactic for instance – including just four minutes of zero gravity.

Space travel is off the table for most of us – at least for the moment. However, there are still ways to enjoy space from earth…

Sure, you might not be able to experience the mysteries of the cosmos up close and personal, but you can still do so from the comfort of your own home. On View Space you can dive into black holes, dark matter and different types of stars through interactive galleries and videos – perfect for any space buff who find themself grounded.

Who said your experiences with space had to be scientifically accurate? Star Trek opens up the entire galaxy, Roswell shows you what aliens would be like as teenagers on earth and The Jetsons will provide you with plenty of space-age nostalgia.

3. Do some on-earth space tourism

When travel restrictions allow, why not visit the centre of all things space on earth? Roswell in New Mexico has become the unofficial centre for UFOs since the Roswell incident of 1947 – sparking waves of alien conspiracy theories. It’s home to the Roswell International UFO Museum & Research Center – as well as a McDonald’s shaped like a UFO.

For a more official look at space, you can also visit The National Air and Space Museum in Washington DC. In the UK, there’s the National Space Centre in Leicester and the Peter Harrison Planetarium in London.

Closer to home, we have three planetariums between Ireland and Northern Ireland that have public astronomy and space viewing programs; Schull Planetarium, a science centre in schull, Co Cork; Armagh Planetarium, the longest running planetarium in the British Isles; Dunsink Observatory, a centre for astronomical research and public engagement open since 1785.