The Burren is a place full of intrigue and mystery to film-maker Katrina Costello, who has been working there for over 13 years. "It is not a landscape that gives up her secrets easily, but in every fold of rock and around every corner there is always a new surprise", she says.

Her love for that landscape is obvious in Heart of Stone, her up-coming two-part series for RTÉ One, which captures the raw and complicated beauty of the Burren using intimate natural history photography and the spontaneous insights of a cast of local contributors.

We caught up with her to learn about the site's rich history, the difficulties of preserving it and how we should respect such an ancient and significant area.

Why is the Burren important to our history?
For thousands of years, humans have played a fundamental role in shaping the Burren. We are now at the elite point. We are in the position to combine the perspective of history with the foresight and knowledge to inform how we influence this landscape for the future.

Until recently the people that lived and worked in the Burren really had no knowledge of the impact of their actions on the landscape, that's completely different now.

We have knowledge, we have information, and we have choice, so really it is up to us now to choose and make the right decisions on how we look after this landscape for the future generations.

Do you feel we’ve always shown areas like the Burren the right level of respect?
Not at all! In fact, never has it been treated with meaningful respect and unfortunately probably never will. There are too many different conflicting interests in the area for it ever to be comprehensively respected. So much irreparable damage has been done in the past. The 70s and 80s saw vast areas, especially on the lower slopes of the hills and in the valleys, mechanically cleared. It would never be possible to restore these areas, they are gone forever.

Is the continuing widespread use of pesticides and herbicides conducive to respecting the land? Is the planting of large areas of marginal uplands and bogs with non-native conifers appropriate for such a unique and vulnerable landscape? Is it really necessary to be clearing large areas of hazel scrub if the land is no longer economically viable? 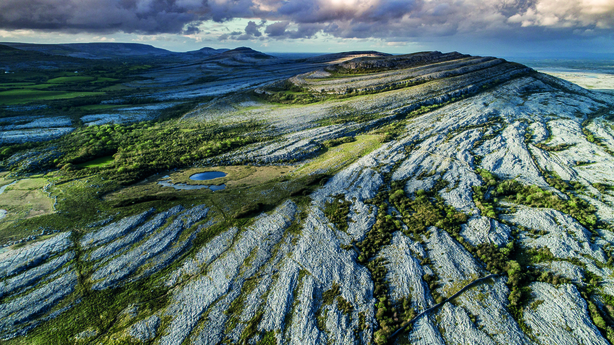 The appeal of The Burren as a tourist destination is undeniable but if not managed sensitively, invariably leads to the very destruction and visual degradation of what visitors come to see. There have always been manageable tourist 'hotspots' here which can easily cater for the majority, leaving the remainder relatively untouched by the masses.

Unfortunately the usual lure of jobs and economical benefits still take priority over responsible management leading to conflicts such as the recent proposed tourist facility at Mullaghmore, which would have opened up another large area to the masses which previously was relatively unknown and free from visitor pressure.

Inappropriate and excessive signage litters the Burren road network particularly along the coastal route, where visually intrusive oversized signs and metal structures show zero respect or relevance to the landscape around them.

How should we treat sites like these if we want to preserve them as well as enjoy them?
Difficult one to balance really. I guess the only real solution is to designate the entire area as a properly, professionally managed National Park where sustainable agriculture, forestry, tourism and planning are  managed with strict controls in place.

The Burren is a dynamic landscape which has been changing, and will continue to change for millions of years. To truly conserve it we must allow the natural changes to progress in response to climate and prevailing conditions and do everything we can to ensure that man's impact on it is as minimal, positive and is carefully controlled. 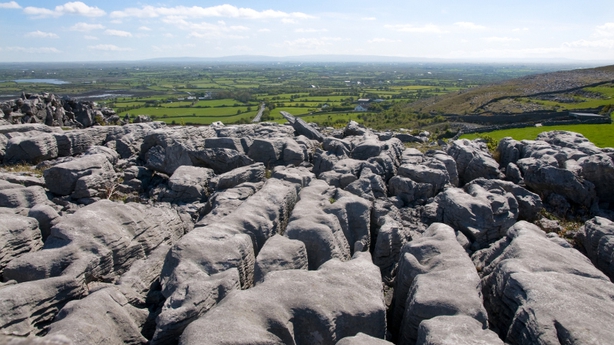 It would be wrong to freeze it in time, blocking its natural development and turning it into a museum piece. Nature doesn't work that way. That is not to say that certain areas can not be preserved for the enjoyment of people and as examples of different stages in development, 'living museums' if you like. But to be effective, relevant and of maximum ecological value, It does need to be managed cohesively as one whole large unit as opposed to odd bits of protected land here and there which are not connected. Fragmented habitats are not conducive to a healthy, balanced environment.

Although not perfect, large national parks work very well in many countries, respecting the ecology, the people that live and work in them and the people that visit them. There is no valid reason why it couldn't work here.

How should we treat sites like these if we want to preserve them as well as enjoy them?

There are a few things we can do to protect the area:

More of us are appreciating the natural world since the pandemic hit, have you felt this too?
The whole people-land relationship is long and deep and I do think the pandemic is in a way renewing that bond. I think we need to put nature first – it should be given the highest priority on all decisions we make.