Derek Mooney looks ahead to Back from the Brink which is due to air on Sunday, 6:30pm on RTÉ One and explains why it's not too late to help wildlife.

The past year has been unlike any we have ever known. The COVID-19 pandemic has brought lockdowns and social distancing and has altered our very way of life. In the midst of so much uncertainty, worry and solitude, more people than ever before have turned to nature and have found comfort in the natural world.

This has been borne out by the marked increase in emails we have been receiving to RTÉ Radio 1 Mooney Goes Wild, many of which are from people who are discovering nature for the very first time. They have seen wild plants and animals before, of course, but until recently they hadn't really registered them or been curious to know more about them. Likewise, conservation charities such as BirdWatch Ireland have seen a rapid increase in membership, as the understanding of the importance of their work grows.

This new-found interest in wildlife was also evidenced recently by the overwhelming response to RTÉ’s Eye on Nature photo competition, which was run jointly by Mooney Goes Wild and the Today show and which focused primarily on photos taken in Ireland since COVID-19 first struck. We received over 7,000 entries from both amateur and professional photographers, which exceeded even our wildest expectations. Nature clearly occupies a special place in the nation’s heart.

During lockdown, many of us have also observed first-hand the effects that we humans have had on the creatures with which we share this planet, and also, when human activity stops for a while, how they can bounce back.

I am all too aware that with increased awareness of the damage we humans have caused to our planet comes a growing feeling of helplessness. Nature is being destroyed before our very eyes, and the overriding implication is that it is all very sad, but it is too late to stop it. That is nonsense. The battle can be, and is being, won every day by dedicated conservationists. Extinction can be halted, and even reversed.

Our new programme Back from the Brink proves it. A very special pan-European natural history event, produced by RTÉ Cork in collaboration with the European Broadcasting Union, this one-hour programme will be broadcast on RTÉ One at 18:30 this Sunday. It will celebrate the hard work, dedication and commitment of conservationists who are striving to save endangered European species from extinction. 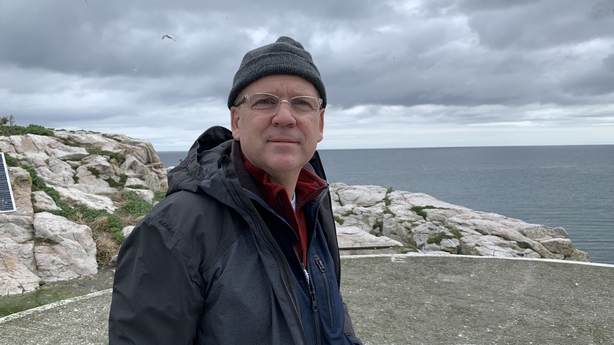 The reaction to our first Back from the Brink programme in December 2019 showed us that there is a real appetite for conservation success stories. I am delighted that we are now bringing even more of these stories, and the conservation heroes that make them possible, to viewers all across Europe, at a time when I think we could all do with a bit of optimism and some good news.

The programme will once again feature uplifting and inspirational conservation stories spanning the breadth of our continent. Here in Ireland, our focus is on the beautiful Roseate Tern, one of Europe’s rarest seabirds. The largest European breeding colony is situated on tiny Rockabill Island, off the coast of north Co. Dublin, where a team of wardens from BirdWatch Ireland, led by Dr. Stephen Newton, conserve and monitor the vital population of these very vulnerable birds.

Thanks to round-the-clock protection and the provision of special nesting boxes, the Rockabill tern project has gone from strength to strength and is helping to repopulate other parts of Europe with Roseate Terns.

In Northern Ireland we see how natural foes have become unwitting allies, as the dramatic recovery of the predatory Pine Marten is finally changing the fortunes of the threatened Red Squirrel by pushing out the invasive non-native Grey Squirrel, which both outcompetes its native red cousins for food and infects them with disease. In doing so, the Pine Marten is also helping to restore woodland ecosystems which have been damaged by the presence of the Grey Squirrels.

Off the coast of Scotland, we follow efforts to tag and track the second-largest fish in the world, the mighty Basking Shark, in the hopes of learning more about their movements and, in particular, their mysterious breeding behaviour. Knowledge is power, and the more that conservationists can learn about these little-known ocean giants, the better they will be able to understand their needs and to help them to survive. 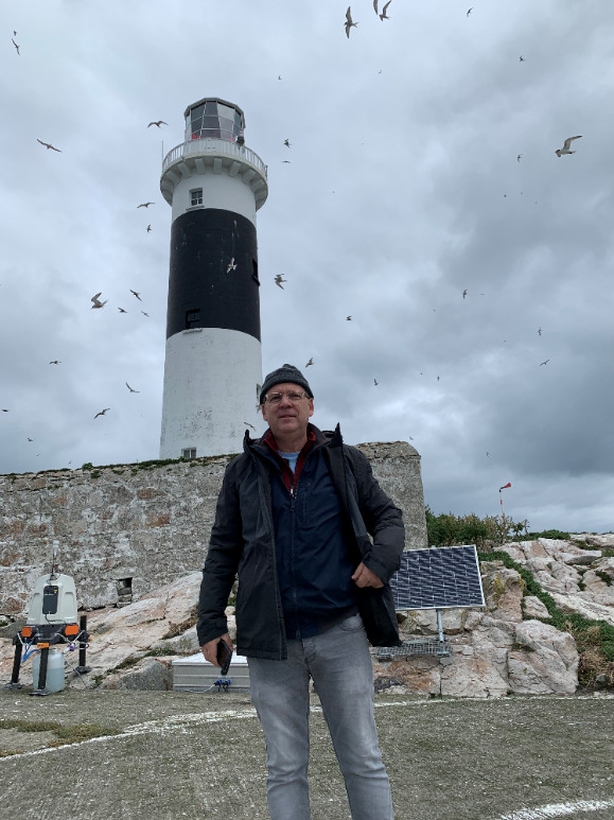 All too often we assume that humans and threatened animals simply cannot coexist, and that increasing urbanisation sadly but unavoidably necessitates the loss of biodiversity. Italian conservationists in Rome would disagree, however, and we focus on the rich wildlife of the Eternal City and show how even the threatened Peregrine Falcon, the fastest animal on the planet, has recovered from near-disastrous population declines to thrive in this busy, bustling city.

A similar thing is happening in The Netherlands, where conservation measures to provide safe city-centre nesting sites for the Common Swift have at long last been helping these amazing migratory birds to live up to their name and once again become common. Masters of flight, they spend more time on the wing than any other creature, only landing each summer to lay their eggs and rear their chicks, then flying non-stop for nine months. They don’t just tolerate urban development, they can thrive in it.

Our cities, too, can and should be havens for bats, as the efforts to protect vulnerable populations of nocturnal Vesper Bats in the town of Bellinzona in Switzerland demonstrate. Long misunderstood and even feared, the local residents have now taken these bats to their hearts. We follow a team of researchers as they develop ways to reduce the impact of human-caused problems such as light pollution on these highly sensitive flying mammals, with remarkable success.

When we think of hamsters, we usually think of the popular furry pets that are so beloved the world over. We can lose sight of the fact that their wild populations are in trouble, however, with numbers of the native European Hamster in particular having suffered terrible declines due to habitat destruction and agricultural intensification. However, conservationists in Bavaria, Germany have been trialling ways to restore the hamsters’ habitats and to ensure that these small, shy rodents can find the food and shelter that they need. They have even developed an innovative way to find these reclusive animals and their hidden breeding burrows, using specially trained hamster-seeking dogs. 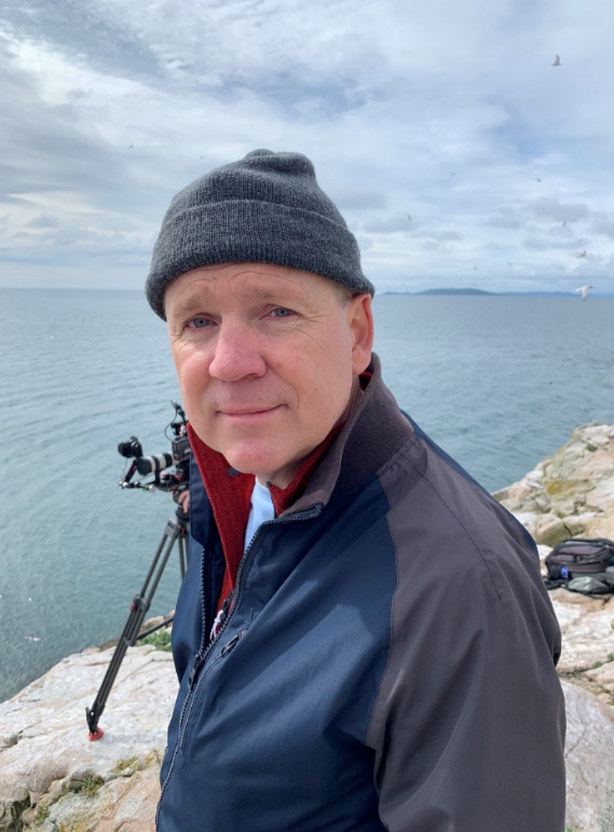 It’s not hard to love a hamster, but what if the species that you are trying to save is less charismatic, and spends its existence almost completely out of the public gaze? Europe is home to no fewer than 546 species of freshwater fish, and almost 80% them occur nowhere else on Earth. Nearly half are under grave threat of extinction.

A great many of our rivers have been polluted and have had their courses diverted, making it increasingly hard for the fish that live in them to survive. In the picturesque Vipava Valley in Slovenia, fisheries researchers have been restoring the habitat of the localised and endangered South European Nase, and the lessons learned in the quest to save this small fish have applications in other freshwater ecosystems right across Europe.

Climate change is one of the greatest problems facing our world, and it is already posing big challenges for human and animal populations alike. No creatures are set to suffer as much, however, as those that have adapted to live in our planet’s polar regions, where they depend on snow and ice, now rapidly vanishing, for their survival. It is not all bad news though. In Norway a nationwide project to restore the long-vanished Arctic Fox to many of its former haunts has been bucking the trend and has been helping to ensure that this small northern predator can have a secure future.

Climate change also threatens the rare Loggerhead Turtle, which has also had to contend with marine pollution and the encroachment of expanding human populations onto its nesting beaches. In Barcelona, Spain conservationists, local communities and municipal authorities have joined forces to help these enchanting oceanic reptiles, with teams of volunteers working to guard their eggs day and night. Even in one of the Mediterranean’s busiest cities, space is being found to accommodate nature, and local people are learning to cherish and celebrate their biodiversity.

All of us at RTÉ are delighted to be working together with our EBU partners across the continent to shine the spotlight on the efforts that can be, and are being, made to save threatened species. Where there’s a will, there’s a way. It’s important to tell these stories and to let viewers know that even the most endangered animals can be brought back from the brink... if the will is there.