From 16 fearless families, we're left with four as the final of Ireland's Fittest Family kicks off tonight.

We started with 16 brave families who trudged, sprinted, climbed and jumped their way through treacherous courses and mental challenges. With one coach eliminated, it's not the families facing off but the remaining three coaches, too.

They've withstood the battering of the FOREST, the twists of the SWAMP and the hardship of the LAKE. In tonight's episode, the final four families take on the most challenging obstacle course yet: the MOUNTAIN. 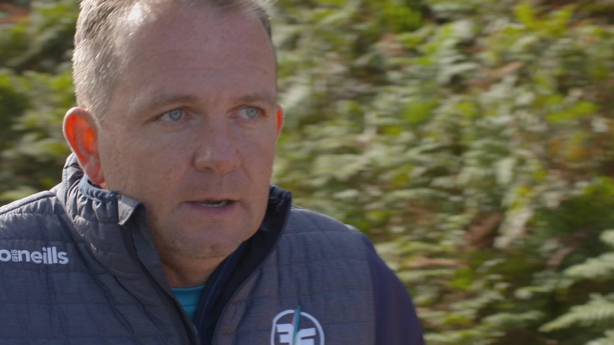 Davy Fitzgerald's Mahoneys from Wexford are taking on Donncha O'Callaghan’s Allens from Tipperary and Derval O’Rourke has 2 families in the final, The Mileys from Westmeath and the Cullens from Wexford.

Promising to be a final the families – and coaches – won't soon forget, the episode will see them take on a two-day final, as they scale the mountain together, pushed to new heights.

Day One sees the families compete in two events for points.  The families with the lowest points will compete in an eliminator at the end of day one and one family will go home.

First up, Mountain Madness - a test of serious physical endurance. This is a fittest family first and will see each family work together to move two barrels up the side of a mountain. Once they have made it up the 300m incline, the winning family will be the one that gets both barrels over the fence and all four of their family members standing on top of a hay bale.

Next comes the Speed Wall, another new challenge and a particularly tough one. It's all about fractions of a second with a height of 5 meters and an incline of 60 degrees each family will have to work together to get all four members to the top.

"No matter what happens, they're not beating us"

The clock stops when all four family members’ 8 feet are on the other side of the barrier. This is not a test of endurance but strategy. Each family will have to figure out the best strategy in order to avoid the eliminator.

And what an eliminator. Starting with four obstacles, a 110 meter run uphill and a run with six heavy sandbags before hitting a barbed wire tunnel. After pulling the bags through the tunnel, only then can all four team members sprint to their flag. The last family to the summit must leave the final of Ireland's Fittest Family.

On day 2, the last three families must face off in a time trial called the Mountain Escape. Beginning with a 350 meter run along a gravel path, around a hair pin to the base of a hill where a log is waiting, all four family members must touch the log and get it to the top of the hill as fast as they can.

There the log will be discarded and it will be a ferocious sprint through the dark forest to the end platform where all four family members must be standing for the clock to stop. The slowest team will be leaving the final of Ireland's Fittest Family. 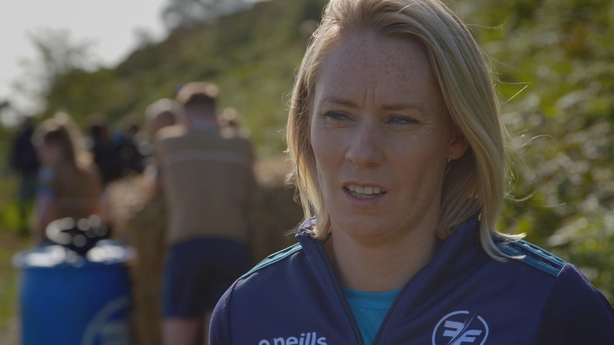 With just two families remaining, the Grand Final awaits. Starting with a sprint down a gravel road and four obstacles to hurdle over, the families must climb and traverse between the cargo net containers. Next it's a crawl through the pitch black rat tunnels, followed by a steep climb and a second cargo net obstacle to negotiate.

At the bottom of the hill they must navigate a cargo net crawl and sprint to a 3 meter wall which all four members must clear. Finally in the shadow of the mountain they’ll finish with a run up the ramp. The first family to have all four members standing on top of the ramp will be Ireland’s Fittest Family.

It'll be a hair-raising final, full of tension, strength, disappointment and ultimately inspirational shows of endurance. We can't wait to see how it all goes down.

Watch Ireland's Fittest Family at 6:30pm on RTÉ One.