The statistics of the pandemic tell a scientific story, but as a new two-part RTÉ Investigates documentary shows, each number represents a unique human tale too. The series editor Paul Maguire takes us Inside Ireland’s Covid Battle.

Fast forward to now, more than 100 days since that first death. During that time, we have all become familiar with the nightly briefings by the Chief Medical Officer, Tony Holohan, delivering the latest number of deaths and new cases.

The total number of deaths has passed 1,700 and the number of confirmed cases is more than 25,000.
Significant numbers in any language. For many, though, that is all they are, numbers, statistics in news bulletins. It’s not that people don’t care; it is more that we have grown accustomed to hearing about numbers, not people. 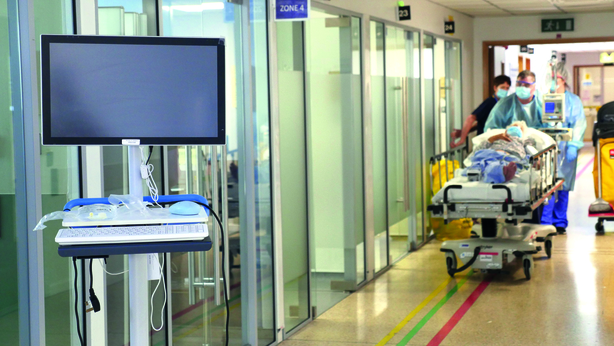 There are numbers for intensive care units, ventilators, available hospital beds, as well as the number of cases and the number of deaths.

But what lies behind those numbers? That’s the question that spurred the RTÉ Investigates team to try to put faces to some of those numbers.

Usually, the show undertakes investigations, from going undercover to expose poor standards in crèches and nursing homes, to large data journalism analysing hundreds of thousands of records and millions of lines of data.

Occasionally, we take a different approach where we focus on first-person accounts, with people telling their own stories. 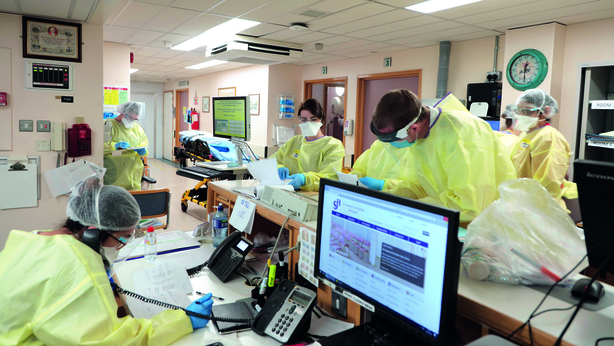 For example, RTÉ Investigates – Living on the List looked at the real impact of hospital waiting lists. That programme revealed a wide range of powerful stories from people, young and old, as they journeyed through Ireland’s health system.

The central focus of all our projects is to reveal the true story of what is happening; the reality behind the headlines. This will be clear in our new two-part COVID-19 documentary series. Almost every hospital has faced the challenges of COVID-19, with healthcare workers battling the virus on a daily basis.

During the months of May and June, RTÉ Investigates spent almost 30 days filming in St James’s Hospital in Dublin. Every precaution was taken and before filming, the entire team undertook biological hazard training.
The Infection Control Team. At the hospital also showed us 'Donning & Doffing’ techniques; how to correctly put on and remove Personal Protection Equipment (PPE). 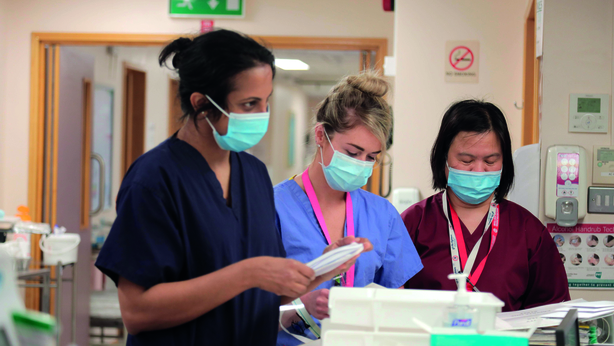 To ensure we weren’t using scarce resources, RTÉ Investigates delivered supplies of PPE to the hospital to cover the protective equipment used by the team during the 30 days of filming. On occasions, there were up to four camera operators working up to 12 hours a day. Filming was with the co-operation of hospital staff, patients and their families.

The series goes behind the scenes of the battle with COVID-19, as experienced by patients, staff and families at St James’s, the biggest hospital in the country.

In the first programme, we take you inside the Intensive Care Unit in the hospital, to hear from doctors and nurses as they battle to keep people alive. Student nurses describe what it’s like to go from filling in a CAO form for a nursing degree to being on the frontline of a world pandemic, in less than 12 months.

Patients give us an insight to the rollercoaster ride that is COVID-19, while families describe the anguish of not being able to visit their loved ones in hospital and sitting at home nervously waiting for the phone to ring.
We also hear stories of hope and triumph from patients who survived COVID-19 and returned to their families. 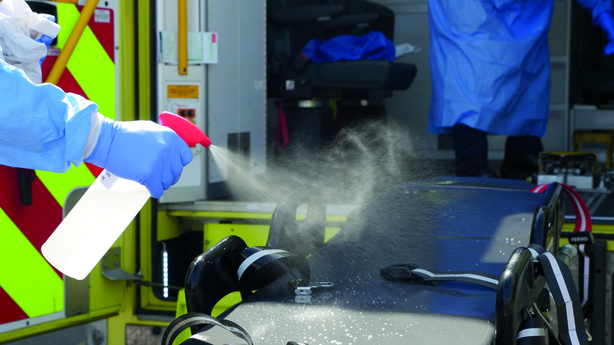 The second programme, ‘Survival & Recovery’ looks at the important role of ongoing infection control, the potential impact a single case can have on a hospital system. The programme also examines the significant resources the hospital had to invest in patient recovery and rehabilitation facilities.

The news that a patient is coming off a ventilator and is leaving the ICU is welcomed by patients, their families and hospital staff alike. However, for many patients leaving the ICU is only the first step in their recovery. Patients will spend days, weeks and in some cases, months recovering from the virus.

Speaking to survivors, the programme underlines the positive message that most people can and do survive and with help and support, will get back to their lives.

In addition to the documentaries, rte.ie will feature additional material, such as a 'Behind the Masks' series of hospital staff profiles and extended interviews. 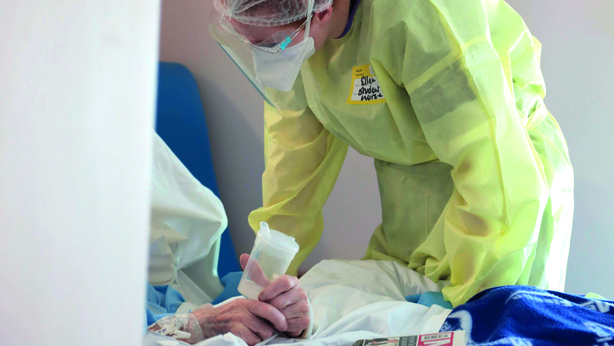