She’s known as the ‘dog decoder’, unlocking the minds of dogs worldwide and helping owners to understand and strengthen their bond with their four-legged friends.

Victoria Stilwell, the award-winning dog trainer and host of Channel 4’s hit TV series, It’s Me Or The Dog, has seen our pet pooches do some amazing things during the course of her career – from detecting a seizure 10 minutes before it happens, to flying a plane (really!).

The former actress – who was born in London but now lives in Atlanta, Georgia, with her husband, their daughter and two dogs, a Chihuahua mix called Jasmine and a 12-year-old Shih Tsu mix called Bella – now has a new book out, called The Secret Language Of Dogs: Unlocking The Canine Mind For A Happier Pet.

As the title suggests, it offers a range of pooch pointers, such as what you can tell about your dog through their body language and actions.

Here, Stilwell unveils some of our beloved dogs’ behaviours and the psychology behind them…

What do different tail wags mean?
It depends on the breed of dog, the surrounding environment and what the rest of its body is doing, says Stilwell. A resting beagle might hold her tail relatively high, whereas a whippet’s natural tail position is low and curved. And tail-wagging doesn’t always denote a happy, excited dog, she says.

"Dogs will wag their tails when they are uncomfortable, or aroused because something is worrying or exciting them. Dogs defending territory or being defensive can wag their tails very fast."

Generally though, a dog that holds their tail in the air is a confident dog, happy to advertise her presence. When a dog wags its tail around like a helicopter, with a relaxed movement and a wiggling bottom, it’s signalling a willingness to engage.

Also, studies have shown that dogs wag their tail more to the right when greeting people they know and like, but wag more to the left when seeing an unfamiliar dog.

What does being left-pawed say about my dog’s personality?
Just like humans, some dogs naturally begin playing with a toy with their right paw, others with their left. Right-pawed dogs can cope better with novel environments and situations, whereas left-pawed dogs show more stranger-directed aggression than right-pawed or ambilateral dogs, studies have suggested. 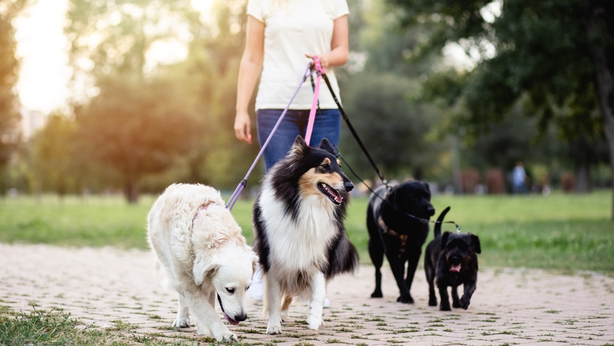 Do dogs feel empathy?
"They can, but not in the way we would hope that they would," says Stilwell. "On a TV series I worked on called Dogs Might Fly, we taught dogs to fly a plane. We picked 12 rescue dogs and took them to a manor house in the south of England and tested their cognitive processes for 10 weeks.

"As part of finding out about how they feel and think, one of the tests we did was empathy. Empathy is about understanding and being able to feel for somebody else’s experience.

"Even though we can say our dogs sympathise with us because they show consolation behaviour – for example, if we’re feeling sad they might come over and put their head in our lap – that’s not empathy. But empathy is also about being emotionally in tune with somebody. Dogs are empathetic in that kind of way. Even though I don’t think they can know how a human experience feels, they can respond to our emotions with a similar emotional response." Do dogs feel guilt?
"To feel guilty, we are taught from an early age to be ashamed and understand what shame is. Guilt is part of that. It’s a cognitive process. We are aware of how our behaviour affects others. Right now, we don’t think dogs have that complex, cognitive ability to feel guilty. However, I’m sure more research needs to be done on that subject."

Do dogs get jealous?
"Oh yes. Jealousy is very close to anger. It’s the loss of perceived undivided attention and the fear of losing something valuable. Our dogs are big resource-guarders. They guard toys and food and areas and space. If two people hug, they can barge right in-between because they have lost attention.

"It’s very similar with humans. We guard our resources just as much as dogs. We alarm our homes. We alarm our cars. We protect our bags and our phones. Dogs are just doing exactly the same." 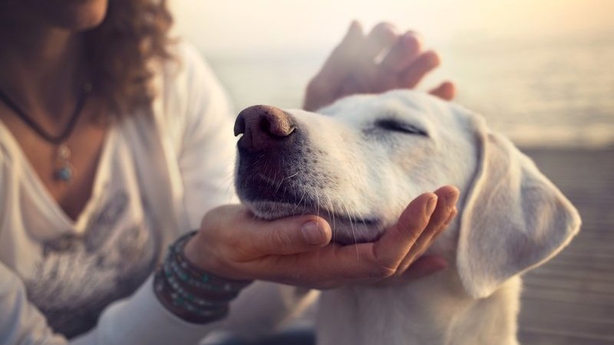 Do dogs feel grief?
"Without a doubt. I lost my chocolate Labrador last February. My Chihuahua used to lie on the Labrador to go to sleep. The Labrador was her anchor and when the dog died, the Chihuahua grieved – she became very clingy with us, and whined.

"There have been stories about dogs who've gone into depression, taking themselves off, not wanting to interact, or becoming more needy, which also happens when they lose people."

What can you tell about a dog’s bark?
If your dog has been left home alone for any length of time, he or she may bark just to pass the time. "If your dog is a boredom barker, it’s essential you make her day more enriching, hiring a dog walker or taking her to doggy day care," Stilwell writes.

Dogs bark with excitement just as humans vocalise in exciting situations, while dogs who are anxious about being alone, separated from their humans, will often bark to try to re-establish contact and soothe themselves.

Lonely barking is usually a series of barks followed by long pauses, as the dog waits to see if her calls have been answered. Dogs who are needy, anxious or stressed are more likely to bark for attention than confident dogs, so you need to deal with that first rather than reprimanding your dog for barking, she advises.

As Stilwell explains: "Barking serves a very important function, allowing the dog to communicate its emotional state, or a warning, or that it doesn’t feel well, or to alert you."

The Secret Language Of Dogs: Unlocking The Canine Mind For A Happier Pet by Victoria Stilwell is available now.