Sitting backstage at the Pendulum Summit in the Dublin Convention Centre, Aslan singer Christy Dignam spoke with RTÉ LifeStyle about success, resilience, adversity, and what he believes awaits him after death. Watch the video back above.

Lovingly known as Ireland's hardest working band, success has rarely come easy to Aslan. Since the early eighties, the group has dealt with enormous adversity - rehearsing in a disused pigsty, breaking up during a member's struggle with addiction, surviving a plane crash in 2002 - all in the pursuit of making music.

If the rollercoaster of acclaim and addiction ever bothered frontman Christy Dignam, however, he certainly doesn't show it. According to the Finglas man, he never expected anything to come on a platter.

"From the time I can remember, I just wanted to sing. That's all I ever wanted to do. I remember, when I was thirteen or fourteen, realising that just because I wanted to be a singer didn't mean I was going to be a singer. I had to make it happen.

"When I was a kid, I thought God would say 'you're a rockstar, you're a carpenter, you're a bus driver, you're a doctor'; I thought it was pre-determined by some divine intervention. It was only when I got older that I realised I was going to have to work at this, and from then on I've been working on it. I'm still working on it."

Dignam has led an extraordinary life that often begs to be believed. Over a relatively short time, he has fought through a long list of battles - the ravages of drug addiction; the sexual abuse he suffered as a child; debilitating bouts of depression, and now Amyloidosis - a rare and incurable blood cancer.

When given the diagnosis in 2013, following some routine blood tests, the singer was told he may have just a few months to live. However, he persevered and in the summer of 2019, he revealed that a treatment had been developed in the UK to halt the disease.

Sadly, just a few days later, he was told by doctors that the treatment didn't apply to his case.

"It was like getting diagnosed again," said Christy. "When I heard about the cure, I remember thinking that it must be how a prisoner feels when they're on death row and they're reprieved."

Now aged 59 and facing future treatment, Dignam appears stoic when discussing his prognosis. Brushing off any praise of resilience, he insists that his life has been a result of survival instinct and luck.

"One thing the illness taught me was to focus. It gave me a set of priorities that I didn't, perhaps, always have before. For years, I didn't know what life was about. The addiction was about me trying to figure out what end of me was up and what direction to go in my life.

"When I got cancer, the only thing that was important to me was to be with my family for a little bit longer. I have grandchildren now and I wanted to see their communions and confirmations - those little things that you want to be here for.

"They were always there... sometimes we're looking for epiphany moments in life but it's usually just something simple in front of you." 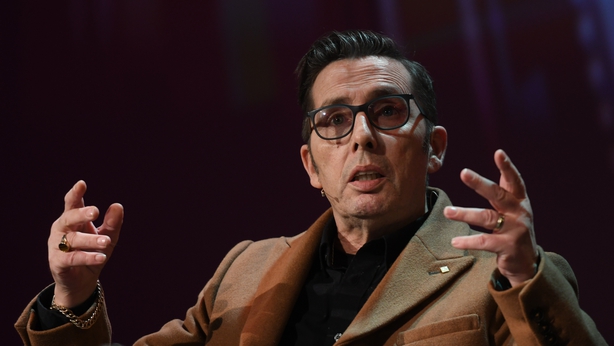 When we delicately broached the topic of his mortality, the Finglas man grinned impishly, insisting we could be as morbid as we like.

To be fair, there's little left in this world that could shake Christy Dignam.

"I spent my whole life trying to find out what it's all about and I haven't a f***ing clue," he smiled. "It's about different things for different people. What I find joy in today some people would think is the most boring thing on earth.

"I want to have a bit of clarity going out of this world" he added later in the interview, discussing his past drug addiction. "At the end of it, I want to see what's going on. I don't want to be in that cloud." In 2014, Dignam told reporters in the Irish Mirror that he was surprised to have made it to his 50s: "I was in a plane crash a couple of years ago, I struggled with drug addiction and now this cancer thing so it is a bit of a Lazarus. That's three lives gone, I’ve six left."

Now, with the hope of a cure dashed, the frontman is once again being faced with the prospect of his death and what might await him on the other side. Unlike Lazarus, however, Christy has no faith in the pearly gates.

"I don't really think there's anything there. I remember looking at me mother when she passed away and she was real comfortable because she was going to her God, she was going to heaven. I'd love that comfort but I'm afraid I don't; I think it's just 'pop', you're gone.

"Sometimes I think about the intricacy involved in your brain and the mind, and how could that just stop with a heartbeat... there is that thought in my head but that's just wishful thinking; I hope there's something on the other side but I don't think so." 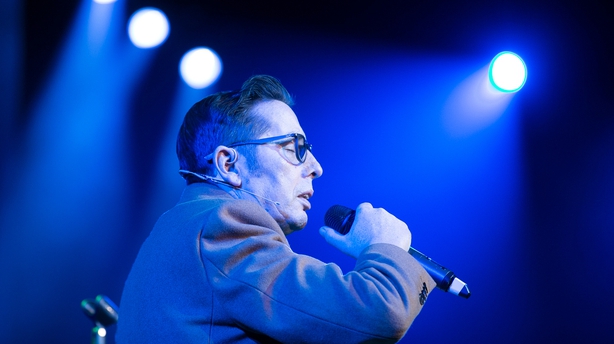 Despite such hardships, the frontman has led an incredible life alongside his family, fans, and band. Aslan have experienced incredible highs during their time together, playing to sold-out crowds both in Ireland and abroad.

At the beginning of their career, fans of their hit song This Is (1986) ensured that it became the longest play-listed single on Irish radio. Later that year, the group were honoured with the 'Most Promising New Band' from Hot Press before being signed by major record company EMI.

Two years later, their debut album Feel No Shame -  which featured Christy's daughter Kiera on the cover of - climbed the Irish charts and within a couple of months was certified Gold.

Undoubtedly though, the group's most famous song came in 1993 with Crazy World from their album Goodbye Charlie Moonhead. The hit entered the charts at number four and stayed in the charts for three months, becoming one of the most played songs on Irish Radio for the year.

With all of the above in mind, does Dignam ever think about the legacy he'll leave behind? Does he envision a statue of himself being erected in Dublin's city centre in years to come?

"In the weird world that we live in, there's more credence given to me than a carpenter or a mechanic. I look at a mechanic fixing a car and it blows my mind how they can do that but, in the world we live in, we're given more glory because we're singers.

"I'm no different to a mechanic or a carpenter or a road sweeper, or anybody. I just want to be remembered as somebody who loved singing and tried to do it to the best of their ability.