From hand-drawn sheets of cardboard to dispensers of chocolate, shampoo, and even diamonds, Advent calendars have been through countless iterations over the years. Now Christmas constants, they have navigated politics, religious rituals, and date discrepancies during their rise to the top.

Here is how the humble Advent calendar came to be, from ancient Christian liturgy to the near-infinite varieties on modern shelves… 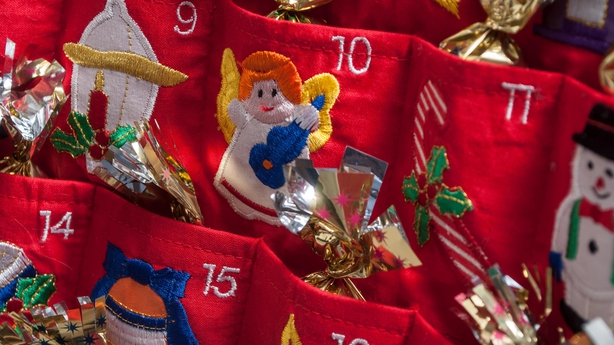 What is Advent?
From the latin adventus (meaning ‘coming’ or ‘arrival’), Advent consists of four weeks of preparation for the celebration of the nativity. No one quite knows when it was first observed, but monks in 5th century France were known to have begun fasting in the lead-up Christmas, and the practice was cemented by the Council of Tours in 567. So you could say, on one level, Advent started out the opposite of what it is now.

As Christianity spread, so did Advent, and as time passed traditions emerged. From candle wax to holy vestments, it is supposedly a purple period, as the colour is thought to represent fasting and repentance.

A host of Advent-related items predate the Advent calendar, including Advent wreaths, Advent crowns, and Advent candles. All are still in sporadic use, but since none of them dispense chocolate, mainstream appeal has waned.

Traditionally, Advent candles are lit inside an Advent wreath – wrought with evergreen plants like holly and ivy. Fortunately for fire departments everywhere, this custom is rarely observed.

Tiddler has his first advent calendar this year. It has 25, not 24 windows. Is this a recent trend? Don't they know what Advent means?

A recurring discussion come December is how many days an Advent calendar should have: 24, 25, or, for complete renegades, every day ’til New Year.

Technically, they’re all wrong. Advent really begins on the fourth Sunday before Christmas, which can fall anytime between November 27 and December 3. This means that, in any given year, conventional calendars have roughly a one-in-seven chance of being correct. Coincidentally, 2019 is one of those lucky years, and Advent starts, officially and unofficially, on December 1. A recent addition
Though ostensibly concerned with time-keeping, Advent calendars were extremely late to the party. More than a millennium separates the emergence of Advent from the calendars that keep track of it, and it wasn’t until the 19th century that the idea really took hold.

As with so many festive traditions (Christmas markets, Yule logs etc), the calendar has Germanic roots. German Lutherans began counting down the days ’til Christmas by lighting a candle every evening, or chalking off dates on a blackboard.

In 1908 a Bavarian named Gerhard Lang designed the first commercial calendar, a small card with a pack of pictures that could be glued on each day. He went bust between the wars – for some reason, his so-called ‘Munich calendars’ did not sell well abroad – and the Nazis put a stop to the practice with a mix of misery and cardboard rationing. 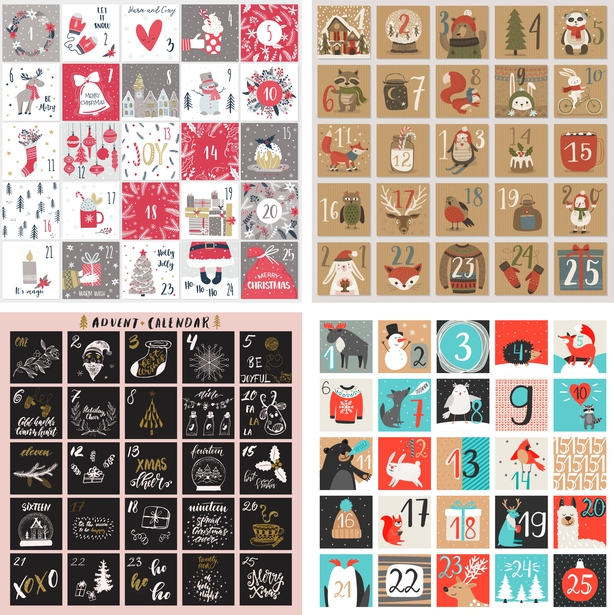 After the war, the mantle was picked up by one Richard Sellmer of Stuttgart, whose calendar-making company still produces more than a million units a year in 25 different countries. He initially set his sights on the American market, obtained a US patent in 1953, and was so successful that he was nicknamed "the General Secretary of Father Christmas".

Sellmer owes a considerable debt to President Dwight "Ike" Eisenhower, who publicly endorsed the calendars, and was photographed opening them with his grandchildren. Sellmer’s first-ever calendar, a traditional winter scene called ‘The Little Town’, can still be purchased to this day.

Advent calendars became popular extremely quickly, but it wasn’t until 1958 the most crucial ingredient was first added: Chocolate. For obvious reasons, the edible aspect went down well.

The smartphone revolution brought with it a new breed of digital calendar, which begins each day with a new image or recording – the perfect antidote to the temptation to peek ahead – while ‘beauty’ calendars stocking grooming products have become especially à la mode.

Inevitably, the luxury market has witnessed calendars that border on the absurd. In 2010, Porsche unveiled a bespoke, $1 million advent calendar in Harrods, London, with daily goodies such as a chronograph watch, a pair of 18ct gold sunglasses, and a motorised yacht.

It wasn’t even the most expensive calendar of that year; that honour went to the $2.68 million (excluding VAT) offering from Belgian company Octagon Blue GCV, packed with 24 intricately carved diamonds. Advent has come a long way since fasting monks.

Far and away our favourite, however, hails from the German town of Gengenbach, on the outskirts of the Black Forest. Built around a grand 18th-century town hall, that just happens to have 24 forward-facing windows, every December the main square transforms into what residents claim is the largest Advent calendar in the world.