From drug dens in the rainforest to the jail cells of Belmarsh, Ross Kemp has made a career out of flinging himself headlong into some of the very worst places the world can provide. With just a cameraman for company, he’s grappled with Colombian paramilitaries, chewed the fat with Neapolitan mafiosi, and tracked ISIS across Syria and Iraq.

Kemp has now stepped away from the firing line – and dry land – with a new partnership with Marella Cruises, in which he’s swapped his bulletproof vest for a Hawaiian shirt and a pina colada.

He spoke to us about the occasional highs, and much more common lows, of a life lived in constant search of peril…

You’ve a had a pretty unusual career path – where did it all begin?
"It was a complete accident – the older you get the more you realise most things are. I had an acting contract with ITV, and was the fifth person they asked to present a programme on America’s fascination with weapons.

"While filming, I met a guy that had been shot 27 times as a member of [gang] The Bloods, and I got on really well with him. He was so bright and eloquent, and he wasn’t some macho character – he had little choice about where his career path had gone.

"I was lucky enough to know the head of factual at Sky, and she commissioned four programmes called Ross Kemp on Gangs."

How do you look after your safety?
"It’s difficult to quantify. We don’t have bodyguards. We had a security adviser in Libya, Syria and Iraq, but generally, we rely on the goodwill of the fixers on the ground. The team is very small, so you need to make sure everyone trusts each other and has each other’s back.

"You get a second sense for when things are going wrong, even when you can’t speak the language, and we have strategies in place to make sure we get out without offending or putting anyone in danger. From Haiti to the Congo we’ve never had security – they put people’s backs up."

What’s the most threatened you’ve ever felt?
"My first ambush. Four or five RPGs were shooting over me and my cameraman and splashing back off the wall, then one person tried specifically to put a round through my helmet while I lay face down in a muddy field. A couple of rounds went between my left hand and my shoulder, then a couple went past my other shoulder, so I was expecting the next one to pare me down the middle.

"The things you don’t see are the road traffic accidents. I had a helicopter crash landing in the Amazon – we had to land it like a plane with sparks coming off the rails. When we got out of the helicopter we were p*ssing ourselves with laughter. The fire department was one bloke with a bucket of sand, and one with a bucket of water."

How do you look after yourself mentally?
"I’ve got a young family that keep me grounded, and my wife doesn’t take many prisoners. I came home from 48 hours in Belmarsh, and got told ‘dinner’s in the oven, now go change that nappy’. That’s life mate – if I tried to walk around with a Superman sticker on my chest it would soon be ripped off. I know who the boss of my family is, she wears the trousers, and to quote Dennis Thatcher, ‘I iron them.'"

How much positivity can you find in such violent, dangerous places?
"I’m always numbed by how much good is out there. The best example I can think of is Dr. Mukwege, who recently won the Nobel Peace Prize. We interviewed him seven years ago [in response to the war between Hutus and Tutsis in the Democratic Republic of Congo].

"I won’t go into details about what was happening to the women, but he was rebuilding them bit by bit, and his life was threatened daily by both the militias and the government. I’m so proud that he’s been recognised, but he’s not in it for the prizes. He’s an incredible human being."

How much do these troubled places have in common? Do certain things seem to cause problems across the world?
"The illegality of drugs – and criminal activity around it – often plays a big part. We were in the Philippines when [Filipino President] Duterte launched the war against drugs.

"Poverty is always part of it, and in the 15 years I’ve been making documentaries, the disparity between the haves and have-nots has widened. People are now bombarded with consumerism and advertising, despite their poverty. That causes animosity."

This week #RossKempLivingWith investigates knife crime and asks whether enough is being done to stop the bloodshed. Please watch tomorrow 7.30pm @ITV pic.twitter.com/mDaKaaA060

Are there any places you particularly want to go back to?
"So many! I love Africa, and I’d always return to Kenya, Nigeria or South Africa – they’re so rich in stories. The Congo was hard – one of the hardest places I’ve been – but I’d love to go back.

"I love North Americans because they can talk – they’re born television people, the best interviewees on the planet – and that goes for South Americans as well. Mexico never stops giving, nor do Ecuador, Peru, Brazil…"

You’ve done programmes on deforestation in the Amazon – what do you think of the crisis unfolding there now?
"In 100m of rainforest, there are [arguably] more different types of plant and tree than in the whole of Northern Europe. And we have no idea what they could do – there could be cures for cancer or Alzheimer’s that have been wiped out.

"We met a man who’d bought part of the rainforest with amazing indigenous wildlife. He’d gone to Rio for a couple of months, and when he came back there was a gold mine at the bottom of his lake that had poisoned everything in it. 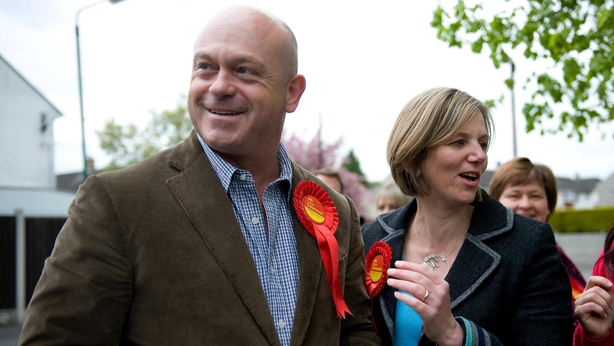 Is there anywhere you’ve never been before you particularly want to go?
"I’ve done almost every letter of the alphabet, but I’ve never done a ‘Y’ or a ‘Z’. I’d love to go to the Yemen, particularly now, and Zimbabwe."