32 Roses. Seven weeks of dieting. Seven years away from Gay. For Dáithí Ó Sé, this year's Rose of Tralee festival is a bit of a numbers game.

As his tenth year hosting the show, the presenter is clearly mindful that he is entering a new stage of his legacy, and he has the figures to back it up. Speaking to Ray D'Arcy, a former Rose of Tralee host, on his radio show this week, he mused on how close he is to matching the tenure of veteran broadcaster and Rose of Tralee host Gay Byrne, with just seven years between their tallies.

It's not all goal-keeping, however, as Dáithí stressed he'd be happy to be asked back for at least one more year!

Ray himself clocked up five years hosting the glamorous event in the Dome, and the pair bonded over the unique experience such an event is. It's a momentous year for the show itself, too, as it celebrates its 60th anniversary this year.

Ten years on the job will leave a mark on a presenter, and for Dáithí, the true takeaway is the courage shown by each year's group of Roses as they face a worldwide audience of hundreds of thousands, sharing some of the deeply personal challenges that have met them on their road to The Dome.

While the festival has been criticised as out-of-date in recent years, Dáithí is undeterred, stoutly defending the show.

"When is a celebration of Irish women out of date? Never."

The Kerryman is surely in fighting form ahead of the broadcast on Monday night, having followed a strict regime for the past few months, watching his food and alcohol intake so he can look and feel his best presenting the show.

He did make one tiny exception, though: "I don’t drink for seven weeks – except when Kerry beat Tyrone in an All-Ireland semi-final, I made a small kind of detour there. Listen back to the full interview above.

The Rose of Tralee festival will be broadcast live on RTÉ One television Monday 26th and Tuesday the 27th at 8pm. 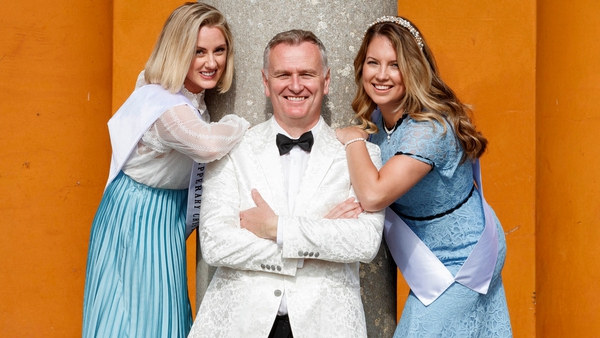