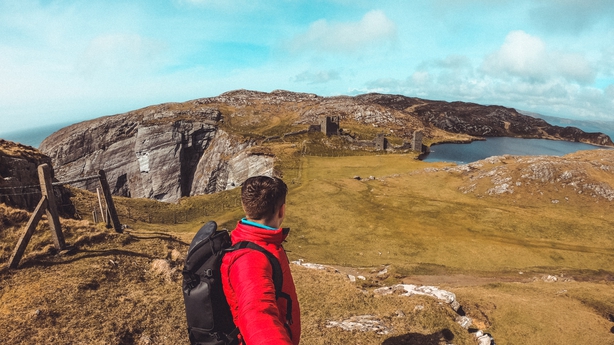 This week, we're looking at Three Castle Head in West Cork, home to the ghosts, buried treasure and jaw-dropping views. Watch the video above to see Carl climb explore the spookily beautiful area.

Location
Three Castle Head is located at the most westerly point of the Mizen Peninsula in West Cork.

What to see: Built in 1207 by Donagh na Aimrice O'Mahony, the castle consists of three towers, hence the name "Three Castle". The towers are connected by a rampart wall which runs from the edge of a 100-metre cliff all the way to the water's edge of Dun Lough lake. It offers some stunning views of the surrounding land and sea from Mizen Head to the Beara peninsula and beyond. 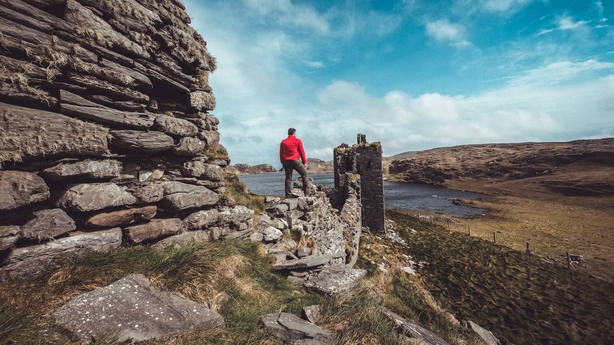 Interesting Facts
There are a few spooky legends associated with Three Castle Head. The last family to have allegedly resided there were the O’Donohue’s, all of whom are said to have died suddenly and tragically. The story goes that a drop of blood supposedly drops daily in the tower by the lake because of this.

Another legend concerns the spectre of a white "Lady of the Lake". All who see her end up dying soon after, according to the legend. The same goes for those who search for the rumoured gold and treasure that is said to lie hidden in the lake. Three Castle Head also holds the dubious honour of being located near the infamous €200m drug bust that inspired the film The Young Offenders. How to get there
It is around a 30-minute drive (24.4km) from the town of Schull in West Cork. To get there, take the R591 from Schull to Goleen. At the southern end of the village, turn right for Mizen Head. Follow this road for about six kilometres until you come to a T-junction signposted left for Mizen Head and straight on for Three Castle Head. After two kilometres, the road ends at a little car park at the northern corner of Dunlough Bay. 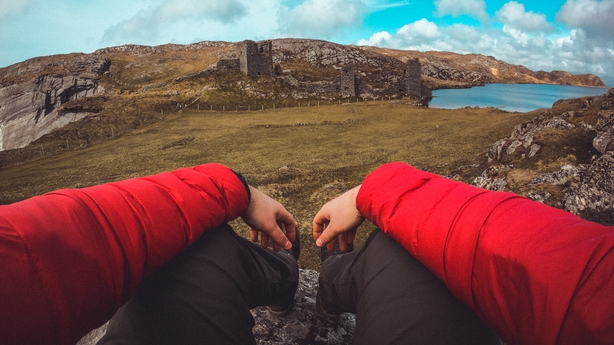 Need to know
The walk to Three Castle Head brings you across private farmland (there is a donation box where you are asked to make a small contribution) and takes about 20/25 minutes depending on the route you take.

The route is straightforward with the total ascent not exceeding 150mm. The entire distance of the walk is about 4km and shouldn't take more than 2/3 hours to complete. Apart from a pair of walking boots, a bottle of water and maybe a sandwich, not a whole lot is required for this excursion.

In terms of accommodation, there are hotels as well as B&B and Airbnb options in the nearby towns of Goleen and Schull.