Avoiding our emotions because of other people can lead to a disconnected life and stunt healthy relationships, says Dr. Eddie.

I was talking to my colleague, Marcel Steenkist, who is a nurse practitioner and psychotherapist. I always enjoy meeting Marcel as he has great passions in his life, from taking part in civil defence exercises to bird-watching. My recent encounter with Marcel turned into a conversation about finding meaning in life and how psychotherapy can help us deal with and indeed embrace, change.

Marcel spoke about a client who came to see him without really knowing what she wanted from psychotherapy. She wasn't exactly sure what the issue was, just that there was 'something not right’ in her life. Marcel thought it might be helpful for her to talk to me. As we spoke, I discovered how she had been floating through life thinking and worrying, without feeling too much. She certainly had mastered the skill of repressing her emotions, believing this was a good thing.

Growing up, she had come to believe that emotions were not allowed. If she got upset about anything, she was confronted by her parents, who expected her to be well-behaved all the time, get good grades in school, play GAA, and help to take care of her siblings.

Even though she got used to disconnecting from her emotions, she considered herself to be a loving and caring person. She explained that she was always there for her family and friends’ needs. She admitted that there wasn’t much feeling behind her actions; it was just a habit, the way she ‘was supposed to be’. As the therapy progressed, she became more aware of her lack of emotions, especially when her last boyfriend broke up with her, telling her that it was too hard to get close to her. He noticed how she lacked enthusiasm for life and he felt that she didn’t really care about him.

As a child, she learned to suppress and control her emotions. Children can only experience their true feelings when there’s an attachment to someone who accepts them unconditionally. My client didn’t have anyone like that in her life. In fact, she felt she would lose her parent’s love and affection if she was not as ‘well-behaved’ as her parents wanted. She learned to get rid of feelings, usually by thinking and worrying. She continued to live her life ‘in her head’ and as a result had difficulty connecting with others on an emotional level. 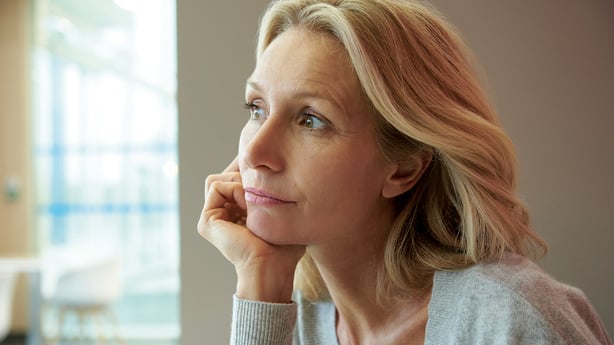 The real self
To become our true selves, we must try (an often lengthy process) to discover our own personal truth — a truth that may create discomfort within, before creating a new sense of freedom. My client would have continued in the same way, unless she started to learn that acknowledging old feelings isn’t something to be afraid of, but instead is very liberating and healing. Paying attention to her own self and her own needs wasn’t a bad thing, but something that could bring her to life.

Accommodating the needs of others often leads us to playing a part in the production of our own lives, far removed from our true self. My client came to understand that in order to get love and acceptance from her family, she had to repress who she was, but there was a price to pay: a compromised emotional development. When you are expected to be there for others exclusively, there isn’t any room for your true self. My client was regulating herself for others, and she realised it was no longer working anymore for her life and her relationships.

If you want to know who you truly are, don’t ignore your feelings; instead, accept them and connect with them. When we do not pay attention to ourselves and our true intentions, we are unkind to ourselves and that part of us that craves love, affection, and acknowledgement.

To live a fulfilling life, you must first know who you truly are; this is something that takes some searching to discover. It never happens when you’re stuck in negative thinking and anxiety, and it certainly doesn’t happen when you’re numb and disconnected from yourself, using strategies that are unhelpful like alcohol or drugs.

Living this way, it’s hard to know who your real self is and what you want. When you feel overwhelmed by emotions or believe your feelings don’t matter, it’s almost automatic to try to numb and disconnect from how you truly feel. Instead, try to sit with those emotions, understanding that like clouds in the sky, they will pass, and afterwards you’ll be able to make decisions and choices for yourself based on your values, principles and beliefs, rather than on the beliefs of others.

Health news
The gift card company One4all has announced the return of its annual Shop4Crumlin charity campaign from July 5 to 14. During this time, the campaign will raise money for CMRF Giggle Fund, a fund dedicated to giving a giggle or spreading a smile to the little patients at Our Lady’s Children’s Hospital in Crumlin.

From July 5 to 14, 50c from every One4all transaction (at any of 8,500 outlets) will go to CMRF Giggle Fund. And if you use your One4all card at any of five special retailers, the donation increases to €1 per transaction. They are Argos, Arnotts, Debenhams, Life Style Sports and Littlewoods Ireland.

Now in its fifth year, One4All’s Shop4Crumlin campaign has raised over €100,000 for the Crumlin children’s hospital Giggle Fund. The fund aims to help sick children get through their hospital stay with small celebrations such as pizza nights, pyjama parties and new toys. These simple things can help make the day a little happier for the brave children battling illness at the hospital. one4all.ie/shop4crumlin

Dr. Eddie on getting healthy: "A good plan is half the battle"

The passion test: A simple way to find your passion in life