Bord Iascaigh Mhara’s (BIM) Aqua Marine Garden concept garden, designed by Oliver and Liat Schurmann, aims to raise awareness of Ireland’s marine environment and the need to protect it against the growing threat of marine waste.

The underwater garden resembles a giant rock pool where seaweeds, sea creatures, and other marine habitat live in harmony. However, evidence of pollution surrounds the garden in the form of rubbish and plastic waste.

Schurmann states that Irish water is the cleanest in Europe, and while this isn't the case, just last month 80 beaches were awarded the Blue Flag accolade by An Taisce, an award that recognises beaches and marinas that meet and maintain a number of stringent environmental, educational, safety and access-related criteria.

A large fishing net is suspended over the marine garden symbolising the actions being led by BIM with fishing communities and the wider seafood sector to protect Ireland’s marine environment.

Watch the video above to hear Oliver Schurmann explain the concept of his instillation further. 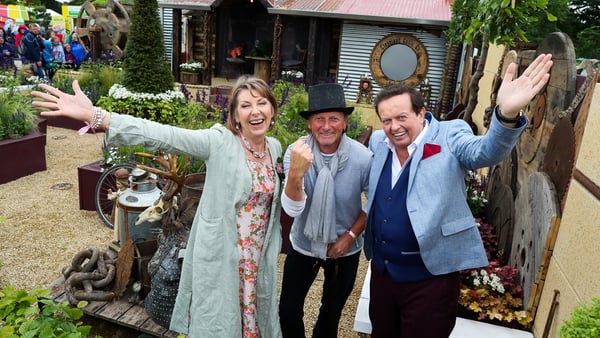