"I wake and feel the fell of dark, not day."

This line, written by poet Gerard Manley Hopkins during the 19th century, is as searingly sombre today as it was then. And although Hopkins used his sleepless night as a metaphor for profound spiritual turmoil, for many of us the dreadful moment of waking in the night he describes is a regular occurrence.

Last year an international survey carried out by Aviva health insurance found that 35% of Irish adults said they do not believe they are getting the right amount of sleep. The same survey ranked Ireland as the second most sleep-deprived country after the UK, and out of 14 countries including China and Poland.

It affects more women than men, and older people more than younger people. It's strongly linked to stress, anxiety and depression. Symptoms range from fatigue and low energy, difficulty concentrating and irritability in minor cases to paranoia and hallucinations in more extreme cases.

Of course, there are any number of sleep aids available, from herbal remedies to soothing exercises, medication, cutting-edge apps and quirkier tricks discovered through trial and error, so finding a solution is very often extremely difficult. As well as this, one person's solution will be another's megaphone-in-the-room distraction, so not everything will work for everyone. Get those 'Worst Podcasts of 2018' lists at the ready, they're finally getting their moment. A key problem for insomnia suffers is that when actively trying to go to sleep, they fall victim to a version of the law of reversed effect, meaning the more effort put into getting to sleep the more awake they feel.

One way to combat this is to give your mind something else to idly focus on, without becoming so hooked that you're less likely to doze off. For people who find their minds race uncontrollably once in bed, this is particularly helpful.

There are podcasts created specifically to do this, with Sleep With Me the one recommended to this writer. It features aimless tangents by host Drew Ackerman on anything from bit players in holiday shows to free will and includes such boring but incredibly useful descriptions of Ackerman's "storytelling pose" - leaning into his waist, legs crossed, if you were wondering.

There is a lot of hearsay about herbal mixes and concoctions that can ease sleeplessness that are treated with a healthy dose of scepticism. With good reason: in 1879 the Canadian Journal of Medical Science recommended a hemlock poultice which, considering hemlock is a poisonous plant, could be too good a remedy.

Some herbal remedies are stalwarts, however, such as lavender oil - which can be sprinkled on pillows or dabbed into pyjamas - and valerian root. Solutions such as A. Vogel Dormeasan provide guidelines on how to use valerian based on your needs and are available in good health shops. Ensuring that your bedroom is a place of relaxation and tranquillity requires effort, mindfulness and a healthy dose of self-control, which often get sidelined when we have work projects to check on, emails to send or end up having difficult, stressful conversation just before we sleep.

"Sleep hygiene" refers to certain practices that make sure your bed is only for sleeping. No working in bed, no reading in bed, no watching television in bed and - if possible - no phones beside the bed. As your bed is supposed to be a place of uninterrupted rest, if you find yourself fidgeting or agitated get out of the bed, walk around or sit and read, only returning when you feel you might be ready to sleep.

Blue light from phones, tablets and other devices can wreak havoc on the body by tricking it into thinking it's daytime rather than night. Before the light bulb was invented, the sun provided the majority of light in our lives so our biological clock - or circadian rhythm - knew how to do the legwork when it came to getting us to sleep.

As limiting our smartphone use to the daytime is practically impossible for many of us - especially in the winter when days are shorter anyway - it's easier to alter the blue light itself coming from them. Thankfully, some smartphones such as the iPhone have built-in features that do just that. If not, installing f.lux - a software that changes the level of blue light on your computer and phone - is a handy solution. 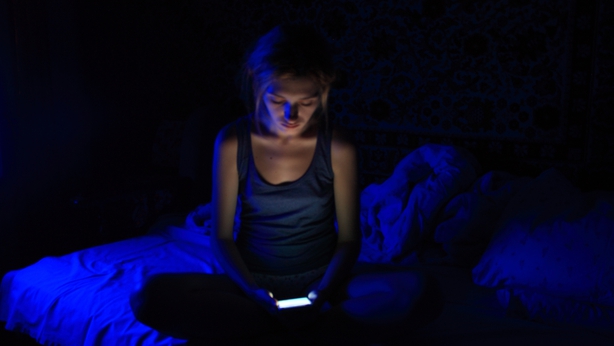 According to The New York Times, 2011 saw a revamp of melatonin - the hormone created by our bodies to regulate wakefulness - as a trendy ingredient in New York pastries, coming just two decades or so after the dietary supplement was hocked as a "miracle cure for jet lag".

In 2018, melatonin has hit Irish supermarkets in a similar way, but with a far more ethical bent. Lullaby Milk, produced by Gerald and Julian Burns of Ardrahan Farm in Kanturk, Co Cork, is a melatonin-rich milk produced by milking their cows in the dark at 2am during the summer and 4am during the winter, when the levels of their naturally occurring sleep-regulating hormone melatonin are higher.

Not an ad not paid not sponsored in anyway, my sleep averse 6 year has it every night with fantastic results, he asks each night before bed for it himself #lullabymilk https://t.co/ve7xIotJfD

Since launching this year, customers are reporting that the product is extremely effective, and as it is 100% natural it can be used by anyone of any age.

One technique suggested to us was to practice muscle movements. Working on the principle that muscle tension is the body's psychological response to anxiety-provoking thoughts and that muscle relaxation blocks anxiety, the practice involves tensing one or a set of muscles at a time, deep breathing and then relaxing them.

Suffering from insomnia is enough of a struggle, but add tinnitus into the mix and nights become incredibly frustrating. White noise machines have long been used by insomniacs and with good reason - a totally silent room combined with a distant but distinct ringing in the ears will only exacerbate sleeplessness.

If a white noise machine feels like too much of an investment or expenditure, Spotify has countless white noise playlists. One friend shared that because of this, his most played song of 2018 is 'Office Air Conditioners'. 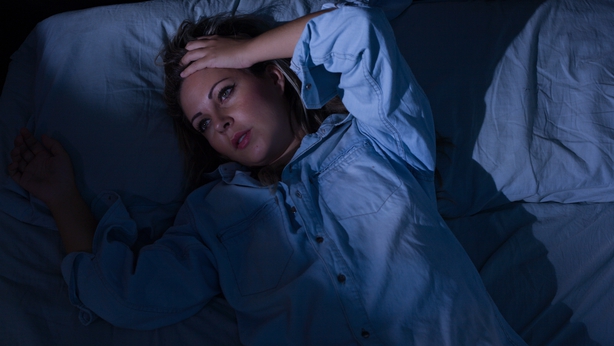 Thinking a soothing situation can be one of the most effective solutions to sleeplessness and, curiously, many people I spoke to seemed to share one or two particular images that help them sleep. "For me, it's being in my first year of secondary school, maths class", one says. "Being very bored and tired, and getting underneath the table, and stretching out among the bags and legs."

Certainly, the most Dr Frink-sounding remedy on the list, 5-HTP (5-Hydroxytryptophan) is an amino acid that your body naturally produces, and can also be produced commercially from the seeds of an African plant known as Griffonia simplicifolia.

The body uses this acid to produce serotonin, which can affect sleep, as well as appetite, temperature, sexual behavior, and pain sensation. As the supplement has increased in popularity in recent years, you can find them in any good health shop, including Holland and Barrett.