The much talked about Dave Allen at Peace is a biopic starring Aidan Gillen as the legendary comedian Dave Allen. Dubliner Allen was one of the most popular but also controversial comedians of his time. He died in March 2005.

Written by Stephen Russell (Peaky Blinders), this film will explore how Dave’s comedy genius was shaped by the tragic loss of his father, his brother… and his finger. How he survived decades of the Catholic Church’s wrath, death threats from the IRA and a ban by Irish and Australian TV, only to have his television career end in controversy when he used the f-word in an innocuous joke.

The Gloaming at The National Concert Hall

Filmmaker Philip King captures the energy of The Gloaming performing Live at the National Concert Hall in Dublin, Ireland on the final night of their 2018 Residency.

Bringing together five musical masters, steeped in traditional Irish music since birth, The Gloaming are continually answering the question: what would happen if you amplified and enhanced traditional Irish music’s rich, melancholic, soulful tones with modern hues of jazz, contemporary classical and experimental music?

Home and Away Extras

Stone the flamin’ crows! First appearing in the pilot episode 30 years ago, resident grump yet all round softie, Alf Stewart is the sole remaining original cast member of Home and Away. Celebrate one of soaps most iconic characters and his Alf-ism’s with this short clip on RTÉ Player.

With Summer Bay in big trouble following a serious gas explosion, revisit some of the greatest disasters to hit the sleepy beachside town including The Flood in 1996 where young Sam fell into a raging river only to be saved by Michael who then got swept away and drowned or The Plane Crash as Summer Bay locals set off in a private jet to celebrate Tori’s birthday at a winery only to end up in grave danger as resident baddie Spike is determined to bring the plane down.

Catch Home and Away’s Greatest Disasters on RTÉ Player and watch your favourite soaps live and on-demand on RTÉ Player including a regular dose of episode previews.

Hugh Bonneville is known internationally as the star of Downton Abbey and Paddington. Less well known is the fact that he has a Cambridge University degree in theology. This special RTÉ programme offers a revolutionary new telling of the story of an itinerant Jewish healer and preacher, who went from hero to victim in a single week, 2000 years ago, and ended up dead on a cross.

Told with the pulsating narrative drive and production values of a political thriller, the documentary mixes Bonneville’s location filming with drama and CGI to bring first century Jerusalem to life, shedding new light on the ancient story that continues to inspire the faith of 2.2 billion people, nearly a third of the world’s population.

Follow Hugh Bonneville as he travels to Jerusalem to tell the story of the week that changed the world – the last six days of Jesus’ life in Countdown to Calvary on RTÉ Player. 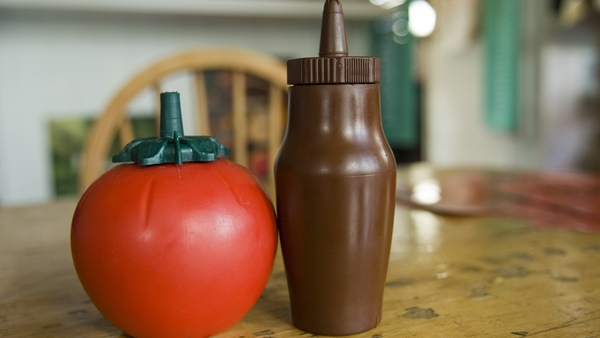 Red, Brown or Curry? PBH investigates Ireland's favourite sauce what are you eating