Dancing with the Stars Ireland has well and truly taken the nation by storm. With the assistance of hosts, Nicky Byrne and Amanda Byram; judges Lorraine Barry, Jules Benson and Brian Redmond and a host of celeb contestants, the show was the 17th most watched in Ireland last year.

This year, DWTS returned with a brand new pro-dancer in the mix - Robert Rowinski.

TV producer Maia Dunphy was paired with the Polish pro who has been dancing since the age of seven, even competing in five series of the Polish equivalent of DWTS, winning the final series.

Unfortunately, Maia took her final bow in Week 5 of the competition and was the third person to be eliminated from the competition. However, Robert continues to take part in the pro's group performances.

Videographer Rafal Kostrzewa spoke to professional dancer Robert Rowinski to find out how he was enjoying the Irish edition of the show.

"It's fantastic here. The people are amazing and you know, it's great to have you [Rafal] here as well because the Polish community is so huge in Ireland.

"It's very important for me that they support[ed] me and Maia on the show and it's great that we have Polish media here and I can actually can speak Polish as well at the same time so it's fantastic.

After leaving the show, Robert and Maia went to visit Ryan Tubridy on RTÉ Radio 1 - you can listen to the interview above.

While we have you, why not check out some of our DWTS Ireland interviews? We spoke to Erin McGregor about ditching the house coat, Rob Heffernan on the friends he made on the dancefloor and make-up artist Lisa O'Connor about keeping the stars looking camera ready. 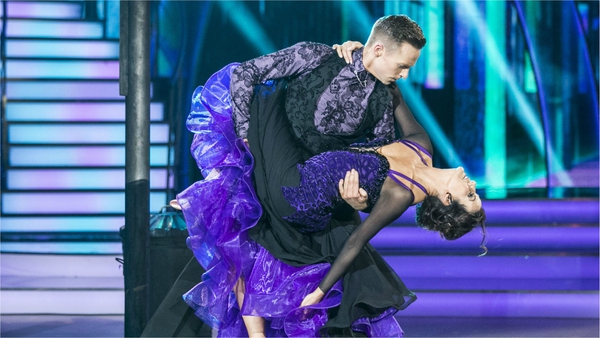 Lisa O'Connor on how she keeps the DWTS stars looking fierce