We caught up with Aidan O'Mahony behind the scenes of Dancing with the Stars to find out how he has been getting on since his win and what advice he has for the new batch of celebs. Watch the video above.

Last year, the GAA star took home the disco-ball trophy after twelve weeks of intense training. In fact, the training was so intense, Aidan said he had to work to put the weight back on.

"After Dancing with the Stars for twelve weeks, I lost a stone and a half so I was actually trying to put it back on - I don't know was that from the stress now or the long hours of rehearsals," he said.

The Kerry footballer was partnered up with Estonian pro-dancer Valeria Milova - who is now dancing with RTÉ radio presenter Bernard O'Shea.

"It was good to be back..., it was a bit surreal and obviously I was kind of waiting to see some of the old cast to come out but I think the new cast did a fantastic job.

"Week one is never easy, but they all did very well," he insisted.

Aidan's final performance took place on Mother's Day and he was sure to dedicate his win to his wife Denise Healy, who had just given birth to their baby girl, Lucia.

According to the new dad, his daughter is already well acquainted with the show.

"The family are great. We brought Lucia to the dress rehearsal today today at 2 o'clock and I think she knew a lot of the voices around the place, which was probably a bit surreal...

Hopefully, the ten month old will pick up some moves from her old man in the future but for now, she's a mammy's girl.

"I think she looked like her dad for two weeks and obviously she looks like her mam now after ten months, which is a great thing - obviously."

We had to ask if the Kerry man had any tips for the new celebs tackling the glitz and glamour of their costumes. "I have no sympathy for them," he laughed. "They'll have to realise it's part and parcel of it."

Watch Dancing with the Stars every Sunday on RTÉ One at 6:30pm or catch up on RTÉ Player. 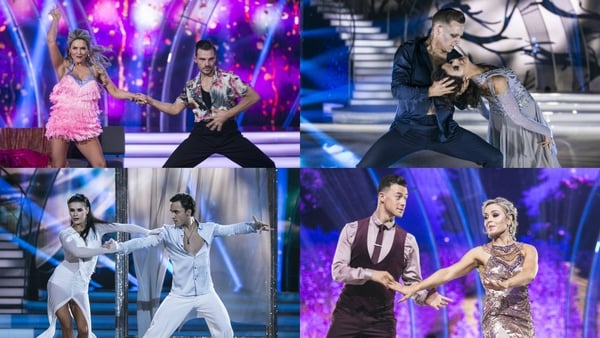 Dancing with the Stars Fashion: All that glitters...