Joining Ryan Tubridy on RTÉ Radio 1, fresh from her judge's post, was Loraine Barry of Dancing with the Stars.

Loraine told Ryan that her incredible dresses are custom made in Italy. This year, the judge will be auctioning off one of her beautiful dresses at the end of each month in an effort to raise funds for dementia.

Where does DWTS Judge Loraine get her gowns?

Dancing has often been spoken about as having positive effects on those with dementia which is why Loraine has decided that this is where the money raised will go.

"Dancing has helped dementia tremendously, it really keeps the brain going, the coordination of the body as well, so it has been proven to be very good".

Can Dancing Lower Risk of Dementia?

Loraine also spoke to Ryan about the incredible performances we saw on the show and gave her honest opinion on the celebrities' performances.

Missed the first episode? Catch up on Dancing with the Stars on RTÉ Player.

"I think it was very honest... and they were all on quite an even par - that's what I felt, very much about all the performances - some parts were very good and some parts were not so good."

"I was very impressed with Rob [Heffernan] coming out, you know, starting the show is very difficult [...] and the crowd was electric so to hear the music in that, because in rehearsal he wasn't quite in sync."

The ballroom pro told Ryan that she thinks Jake Cater has "great potential" and Tomas O'Leary "really did some good dancing".

Who has room for improvement?

RTÉ 2fm's Bernard O'Shea failed to wow Loraine with his comedic performance to The Buggles' Video Killed the Radio Star.

"I can accept that he is a comedian and he's great at it and he's a fabulous character," she admitted. However, she believe the joker needs to start taking his dancing more seriously. "When he started dancing he was good and I wanted him to do a little bit more dancing."

The highlight of the night?

Loraine thought Marty Morrissey's debut on Dancing with the Stars was a memorable one.

"I was amazed at how light on his feet he was. Honestly, I was."

You can listen to Ryan speak to Loraine on RTÉ Radio 1 below:

Watch Dancing with the Stars on RTÉ One every Sunday at 6:30pm or catch up on RTÉ Player. 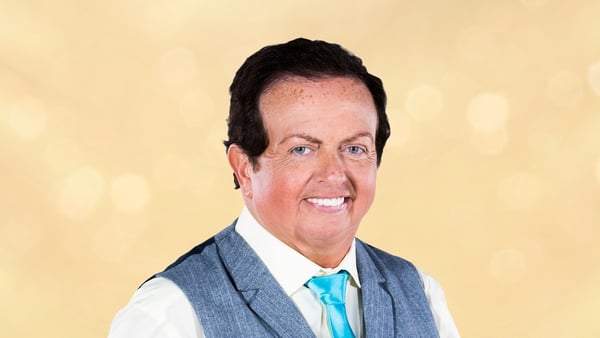