The former Girls Aloud singer has shocked a number of people recently – not by saying that she hated being pregnant but because she has decided to talk about her pregnancy and being mum to six-month-old Bear for the first time.

The 34-year-old made the choice to keep schtum about her pregnancy at the time – she never officially announced that she was expecting a baby with 24-year-old Liam Payne.

She decided to keep her private life private however now she has chosen to speak about the experience.

I hated being pregnant. A lot of stuff went on and I just didn't enjoy it.

However about become a mother, she told The Sun: "It changes your life completely but in the most amazing way.

But I've had the best six months of my life. Really.

Cheryl returned to work and The X Factor but as a guest versus a judge. She traveled to Simon Cowell's home in Nice, France to help him narrow down contestants from six to three for the show.

Some of her fans wanted her to return for good though and one wrote on Twitter: "Cheryl is doing AMAZING!

"We have missed her so much on @TheXFactor and all we can see is positivity, that's our queen."

Another wrote: "That can't be the last of her. I need her on my tv screen weekly!!" urged one fan, while another said: "I love the chemistry that Simon and Cheryl have!! Please PLEASE let her come back full time next year!!"

Since finding fame on TV reality show Popstars: The Rivals and with Girls Aloud, she has been busy: "I didn't stop for 14 years - literally on the roller coaster.

"And then when I got pregnant I thought, 'Right, I just don't need this stress'. So I relaxed.

"It's been actually over a year but it's been perfect for me because it's reset the mind-frame. And I feel actually better coming back.

"I feel more relaxed, I just feel I've sat into my own skin. I feel so good." As we can see from her pic with Simo - she looks well rested, glowing even.

Cheryl met Liam on The X Factor in 2008 when he auditioned two years before finding fame with One Direction on the show.

They decided to name their son Bear because Cheryl said she had "always loved the name" and that when he was born, he used to "grunt", and the midwife gave him the nickname! 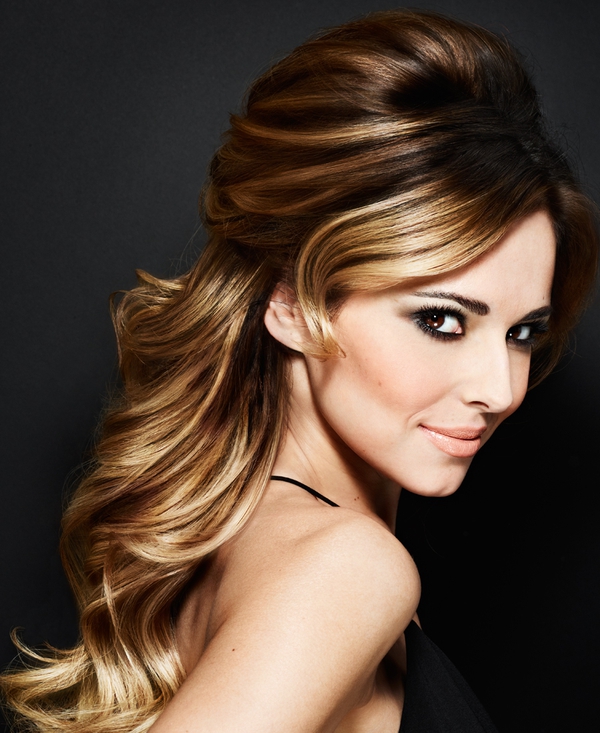 Get the Look: Cheryl