Beyoncé supported her stylist mum Tina Knowles-Lawson at her inaugural Wearable Art Gala in the Los Angeles over the weekend.

She took to instagram to let everybody know how proud of her mother she is:

"I am super proud of my beautiful mother for creating such an awesome event. Close to $1 million was raised for The WACO Theater Center to benefit young people through their mentorship programs and the arts."

Beyoncé posted a picture of herself, her Mum Tina, her sister Solange and former Destiny's Child band mate Kelly Rowland in their breathtaking gowns.

Most daughters look up to their mums and Beyoncé is no exception. She went on to describe how much she respects and appreciates her mother's characteristics and outstanding work:

"Mom, you inspire us all to be generous, selfless, positive, to have empathy, to love and to praise creativity in the world. It brought tears to my eyes to be a witness to what you and Richard have created together. WACO is a safe place truly Where Art Can Occur. I love you."

Of course, Tina responded to the touching message by commenting:

The heavily pregnant Freedom-singer wore a stunning fitted red gown by Stephanie Costello for Stello and incredible floral headgear. As usual, she had all eyes on her.

The rest of her family, husband Jay-Z and their five-year-old daughter Blue Ivy, were in attendance at the event too.

On the same weekend, Sunday, April 30th, Jay-Z and Beyoncé were spotted at an NBA Playoff game.

And it seems like the twins were in kicking form because the rapper rubbed his wife's stomach while looking super excited...

LOOK AT HOW CUTE THIS PICTURE IS OF BEYONCÉ AND JAY-Z FEELING THE TWINS KICK IM CRYIFNFNDJ pic.twitter.com/aJd4CCLcMB

The Carters are here. pic.twitter.com/ht0Xtzorvf 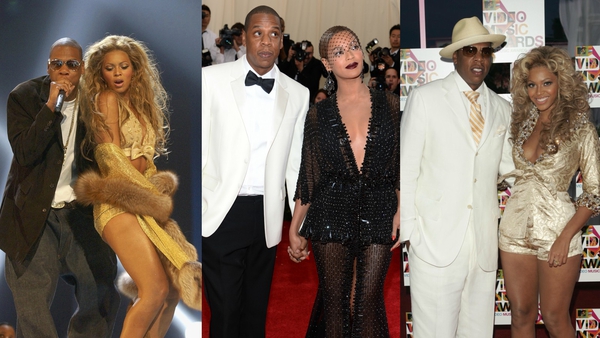