Earlier this month The Late Late Toy Show launched the #ToyShowSnap competition giving viewers a chance to win two tickets to Irish television’s biggest night by getting creative with the ‘RyanElf’.

All people have to do is download and print out the RyanElf from www.rte.ie/latelate and take a snap of him in their favourite place, at a special occasion, or photobombing the perfect picture and then share it on social media using #ToyShowSnap. 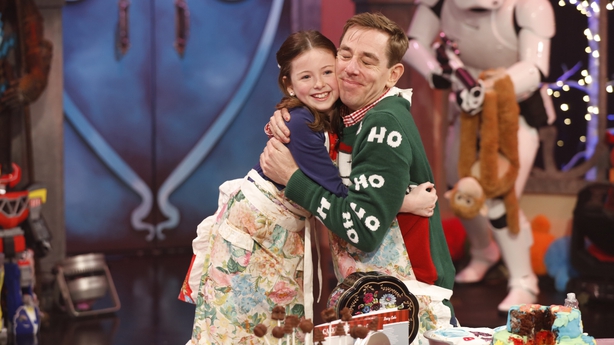 The competition probably offers the best odds of securing two of the most coveted seats in Ireland given that there have been 125,000 applications for tickets to this year’s show.

Viewers have been submitting their entries over the last two weeks and they have not disappointed!

Hanging about with Miley:

@RTELateLateShow  #Toyshowsnap
He came in on a xmas ball pic.twitter.com/hzSPD4yjLY

The entry deadline for #ToyShowSnap has now been extended to midday on Tuesday, November 29th to give viewers one last chance to enter. The most fun and creative snap will earn their creator a berth in the audience of this year’s The Late Late Toy Show, airing this Friday at 9.35pm on RTÉ One.