That's the headline on the front of the Irish Times this morning as the paper leads with a report on that rejection last night, of revised pay proposals, by the main garda representative body.

It's the lead story in the Irish Examiner too.  'Gardaí reject offer to call off strike', is the headline there, while the Irish Daily Mail leads with what it says will happen if and when the strikes do go ahead.... '1000 Gardai will be forced to work during the strikes'.  In that story, Ali Bracken says news of 'direct instruction' emerged after the deal was rejected and that 'the decree that many gardai will be forced to work is sure to increase tensions further as the wrangle over pay continues'.

It all makes the front of the Irish Independent too, and through all the papers there is analysis and comment as well. 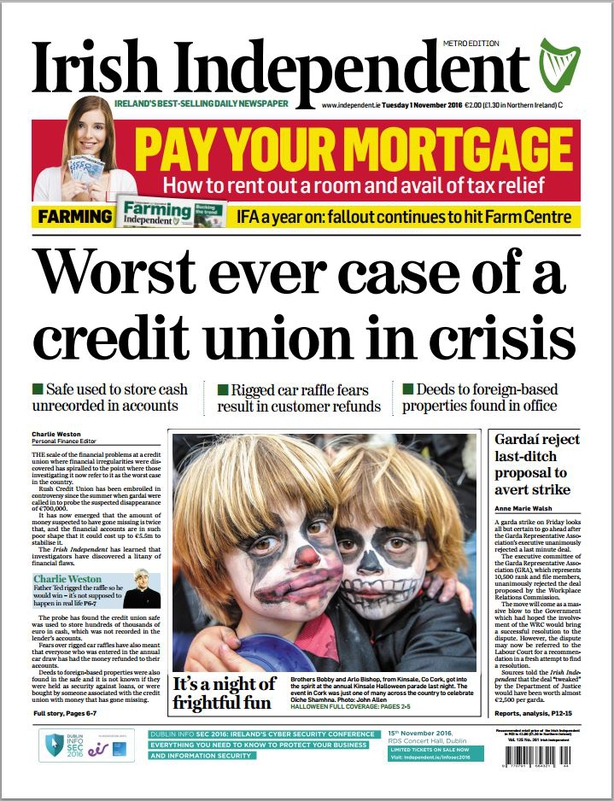 In the Independent, Kevin Doyle has a piece on page 12 on one potential effect of it all:  'ATMS to run short on cash as strike hits deliveries'; while above, he has another, looking back, under the heading:  'Enda's story about the Army at bank machines doesn't seem so funny anymore.   On the comment page in the paper meanwhile, Collete Browne is sympathetic, saying:  'Gardai have understandably reached the end of their tether', while back in the Irish Times, Fintan O'Toole tells us why, in his view, 'social partnership should be reviewed'.

"The Garda and teachers' industrial actions are telling us something," writes O'Toole. "We need a social contract in which workers can see a bigger picture, a set of collective benefits that make it worth their while to moderate individual demands."

Individual dumpers and small scale illegal waste collectors are to be targetted by night vision CCTV meanwhile.  The Irish Times finds front page space to report the introduction of new cameras to combat illegal dumping in the Dublin and Wicklow mountains.  In a follow-up piece inside meanwhile Tim O'Brien describes a trip through a beautiful area which is a common target for dumping and also reports on 'Pure Mile', a scheme in which local communities are encouraged to adopt a mile of roadway:  'Team aims to stop waste reaching tipping point' is the headline there. 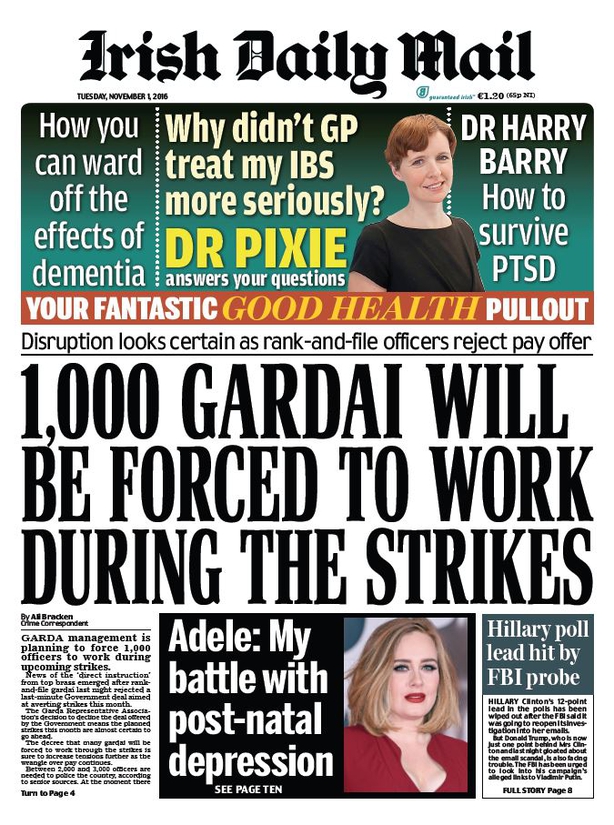 The headline on the lead story in the Independent today meanwhile is:  'Worst ever case of a credit union in crisis'. The story is by Charlie Weston and it is about financial irregularities discovered at the Rush Credit Union.  We're told that while the body has been embroiled in controversy since the Summer over the suspected disappearance of €700,000 euro, it now appears the amount of money suspected of having gone missing is twice that, and also that the accounts are in such poor shape it could cost up to 5.5 million euro to stabilise it.

Much is needed it appears meanwhile to stabilise psychiatric services for pregnant women.  'Depression among mums to be must be addressed' says the headline on a piece on the front of the Examiner. In the Examiner, we're told the first All-Ireland study of the prevalence of depression during pregnancy, which is due to be published today, has found that the rates here are higher than those found in similar studies elsewhere. 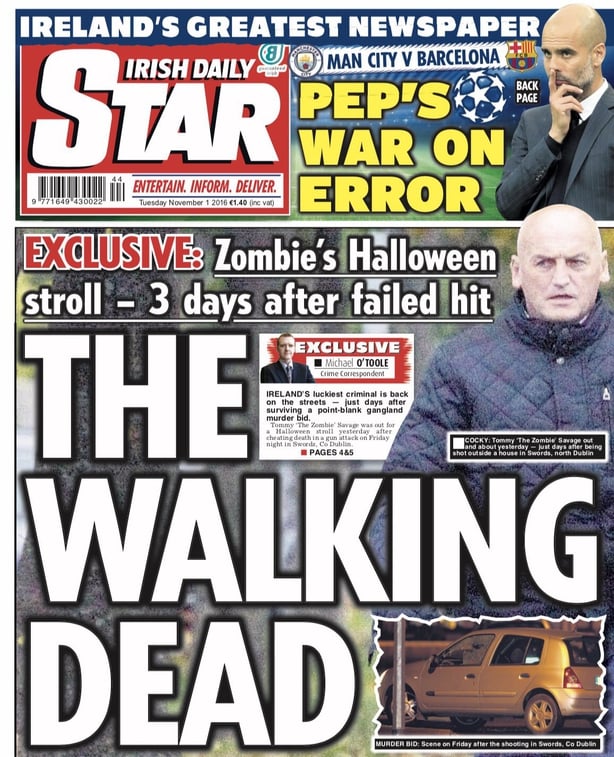 A study of the tax we pay has uncovered differences meanwhile, at least according to a piece on the front of the Irish Times.  'Pensioners pay less tax than younger earners' says the headline over the story by Stephen Collins.  In it, we're told research by a think tank has discovered that people over 65 pay almost €5000 a year less than younger people earning the same amount, on an average income of €36,000.

Income is not the reason to become a doctor meanwhile - so says emergency medicine consultant Adrian Murphy, who is featured in the Irish Examiner.  Mr Murphy is interviewed by Catherine Shanahan, who says he is driven, committed, and wants to convince young doctors to stay in the Irish Health Service.