It's been a while since we removed the last of the sand from between our toes after summer holidays. For all those poring nostalgically over the confetti of photos, there will be just as many reflecting on the latent tensions that boiled to the surface, sandwiched somewhere between the suntan lotion and the sangria. Many were relieved at the return to the comfortably secure routine of the school runs, GAA/ballet classes and committee meetings.

Indeed, routines can offer a welcome form of unconscious sanctity from many of the camouflaged and unspoken ill-feelings that have mushroomed in even our closest relationships over time.

This is as true in the workplace as it is in the home, but while it may be somewhat ok to totally lose it with a sibling occasionally, bawling out your boss for saving the file to the wrong folder is the absolute off-side rule of office etiquette. We only get away with it at home because, let’s face it, you just can’t fire family.

This creep of ill-feeling, or Residue, is like sand in the oil that greases the wheels of any relationship. And like any grit, over time it causes corrosion in the system which, untreated, can ultimately lead to break-down. Therefore, that domestic freak-attack prompted by the toilet-seat or the cap of the toothpaste is never really about that - it’s simply the culmination of unresolved Residue that has just blown apart at its tipping point. 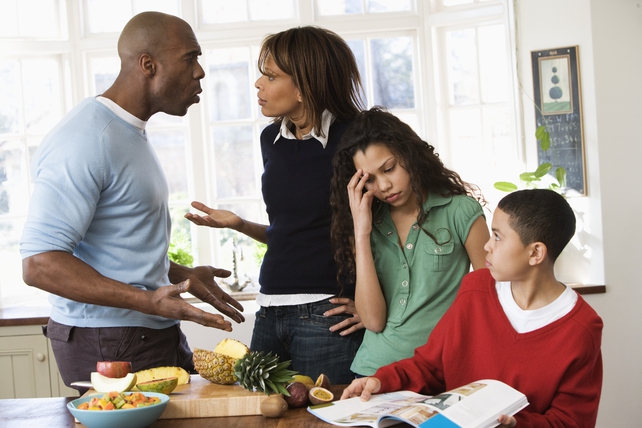 Back in the workplace, managers spend on average between 12 to 15 hours per week tidying up Residue which typically manifests itself in some of the following: defensiveness, eroded trust, less discretionary effort, inbox swell (cc, bcc), more meetings, misplaced effort, rework, silo-ism and politics. These are the symptoms that are slowly grinding many organisations to a halt.

The source of all Residue is a conversation that was either poorly handled or avoided in the first place. After all, behind all mediocrity is a conversation someone didn’t have (or had unskillfully). Earlier this week one of our clients – a major clothes retailer’s board - calculated the cost of Residue to the organisation at over €50m annually. That’s a lot of Y-fronts.

Below are the 7 Red Cards that are most likely to, and most frequently result in Residue from any conversation:

So think of your last dispute, argument or breakdown, check against the list below and count how many Red Cards were present…. 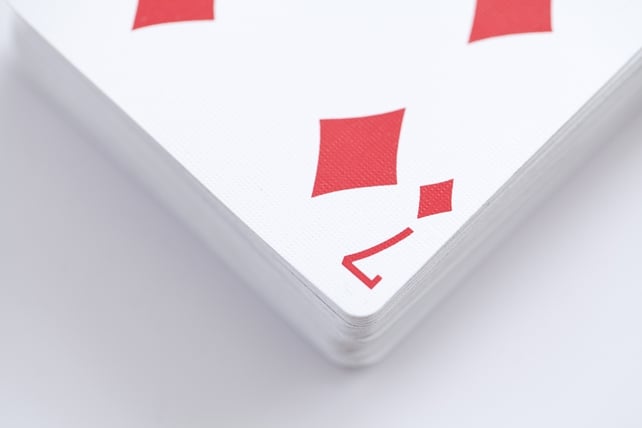 GB Shaw’s remark that “the single biggest problem with communication is the illusion that it has taken place” fits right in here. We all bring our assumptions into every interaction, but also out of every interaction. How often have you discovered two weeks after a meeting that you emerged with a completely different understanding of what you thought was agreed? 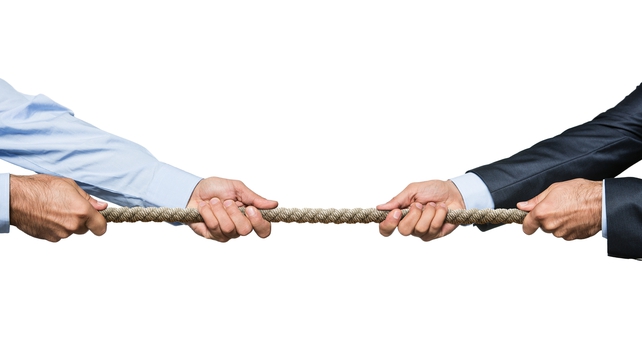 Not listening can simply be a passive or careless activity where someone simply isn’t paying attention – like at school during geometry when the teacher caught you staring out the window. However, the more sinister version occurs when someone gives all the signs they are actually listening but instead of listening to understand, they are listening to respond. Meaning: they are listening to find flaws, pick holes or formulate a counter argument to dismantle. In short, listening to disagree. 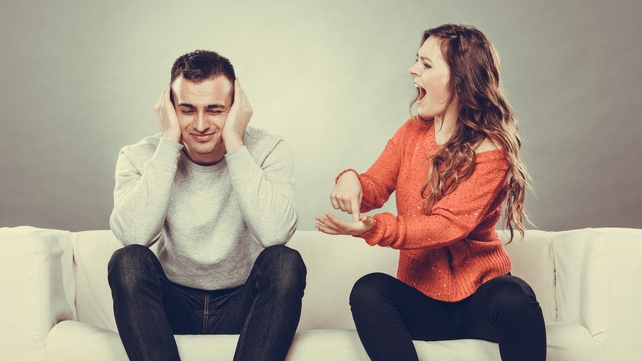 This is the preserve of the autocrat. Creating unilateral decisions with their own judgement, it is the non-consultative nature of the act that creates the issue. Others feel forced upon: 'When I want your opinion, I’ll give it to you.' Persisted with over time, the impact becomes that others cease looking for their own solutions, realising they will simply be over-ridden in any case. Having solutions imposed feels particularly abrasive for those with a high need for autonomy. 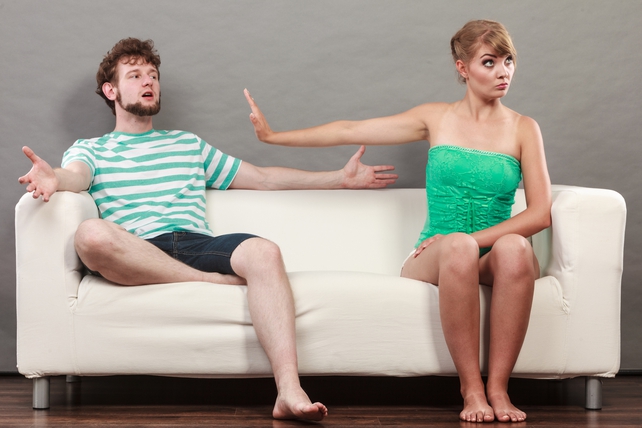 This is the opposite end of the continuum to #3 Imposing your Solution and is often triggered by an over-directive boss or partner. Even on its own however, avoiding saying what needs to be said, when it needs to be said (and this isn’t at the water-cooler by the way) is a slow cancer that contributes to a steady accumulation of Residue and a steady corrosion of trust. Worse still, some will even nod in agreement whilst secretly withholding, leaving you to wonder later why things haven’t moved forward. Coupled with defensiveness, this becomes almost impossible to dissolve. 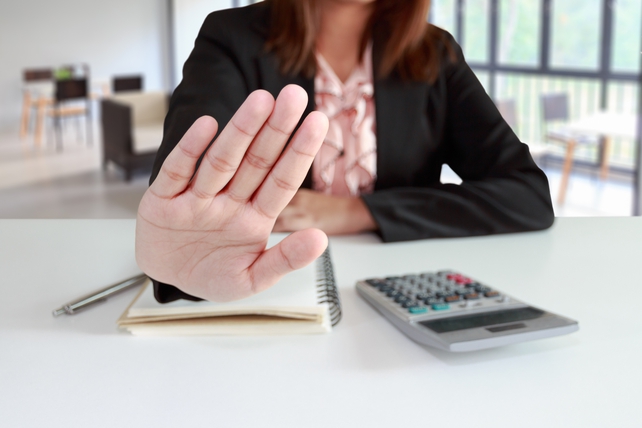 5. Failing to acknowledge the other’s concerns

Wherever there is a difference of opinion, what is sure is that there is conviction and validity on both sides. Yet people rarely start by trying first to understand the others’ side. This fear is based on the notion that if I seek to understand then I must also agree. Instead, the typical habit - particularly where there is tension or history - is to try to win over the other through persuasion, lest they persuade you first. This is often backed up by facts, data and examples. However, no matter how accurate, true or 'right' your data, it will have absolutely no currency unless the other person feels their side has first been acknowledged. Like trying to teach a pig to sing, you will simply annoy the pig and frustrate yourself. 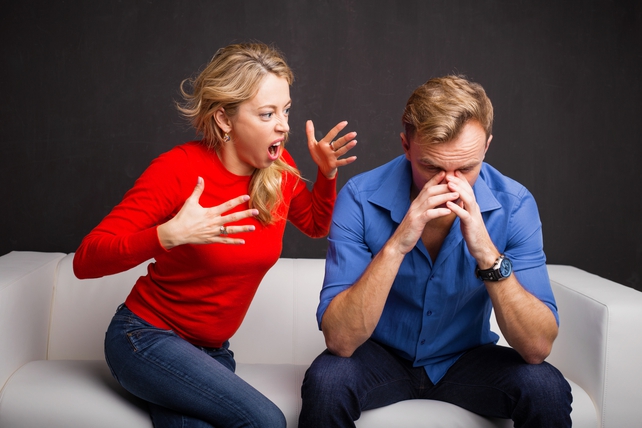 6. Failing to agree a purpose (or outcome) upfront

Meetings are a constant and radiant example of this classic hijacker. Last week with an internal client, twenty minutes into the meeting someone says 'Hang on, I thought we were here to discuss X.' To which someone else countered 'No. We should be focused on Y.' It turned out no two people in the room had the same clarity on what they should even be discussing. Little wonder no one goes to work every morning dying for the next meeting to start. 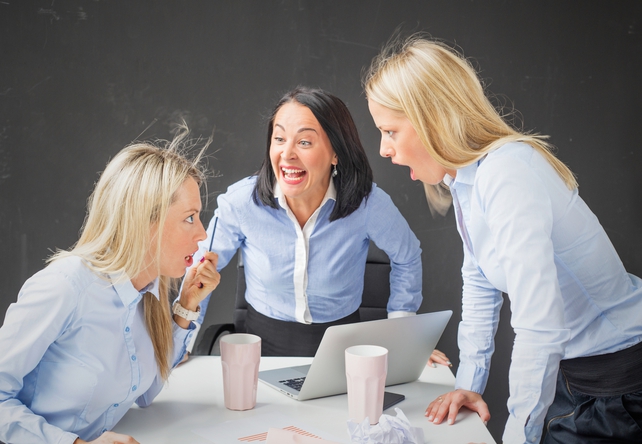 The prosecutor’s inquiry 'So how often do you do it*?' [whatever the crime in question happens to be] is the obvious clichéd example, designed to deliberately provoke a reaction, laced as it is also with a built-in assumption – see Red Card#1. Whilst the attorney’s approach is conscious and tactical, many people innocently ask leading questions in complex moments in the belief they are actually seeking information. However, a simple 'And where did you think that would lead?' is far more likely to translate into a threatening statement on the other side. In order for a question to be useful it needs to be heard as a genuine question. 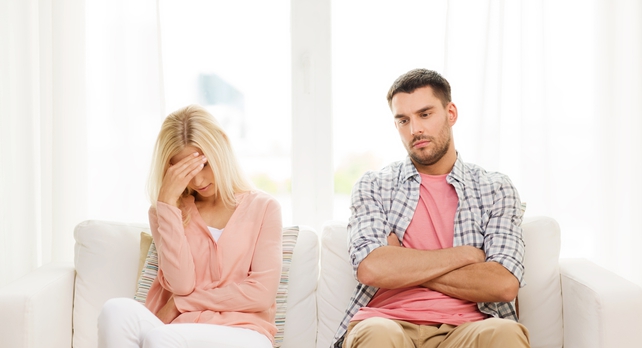 How (many Red Cards) did you score?

Ian is also founder of Flow Group, a specialist Leadership and Organisational Development consultancy working for change across global organisations for the past quarter century.

GreenLine Conversations© are hosting a 1 day 'Essentials' Workshop in Dublin on October 25 2016. To find out more visit the website.