Day one of the National Ploughing Championships has been packed with fun, but RTE have lots of action coming tomorrow on our live stream.

Here is what is coming up:

11:00 Meet the gang from Twigín on RTÉjr

19.00 The Ploughing, Live presented by Áine Lawlor and Marty Morrissey on RTÉ One

Catch-up on what's happened around the festival on day one.

A great first day of the Ploughing Championships 2016.

Tens of thousands of people have made the trip to Tullamore for the 85th festival. There are 1,700 exhibition and trade stands this year and hundreds of acres will be ploughed by the 350 entrants for the 20 ploughing competitions taking place. 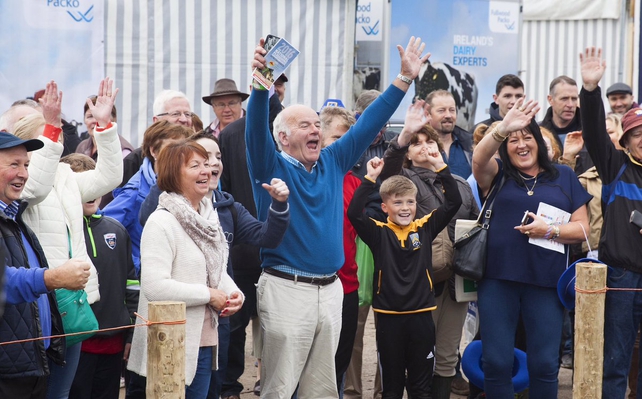 While RTE Lifestyle have been busy covering everything on offer at #ploughing16 . 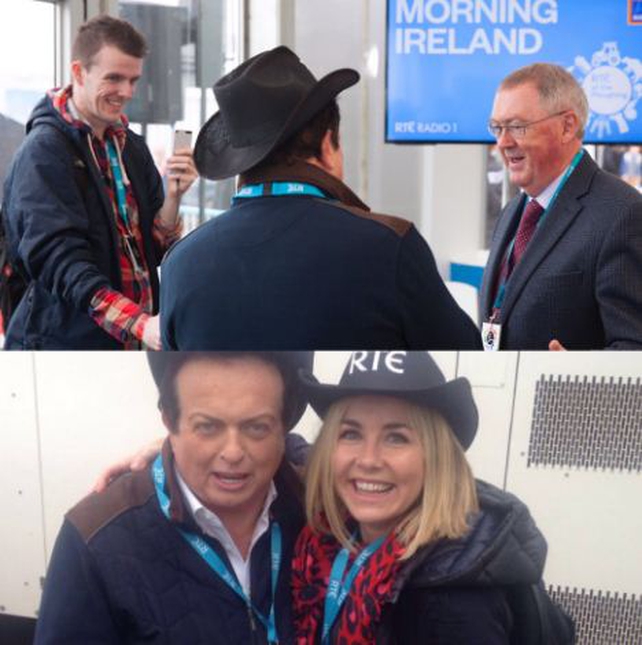 Catch-up on what's happened around the festival on day one and check back with us tomorrow for another fun-packed day from the Ploughing Championships.

4.30pm: It's been a dry, sunny day in Screggan as the first day of the Ploughing Championships gets going.

It's been a nice dry day here at the #Ploughing16 pic.twitter.com/jhqUGURq6R

For the weather for the next few days we previously caught up with RTÉ's resident weather reporter, Nuala Carey, to find out what to expect at the Ploughing.

On Wednesday, "there will be some wet and windy weather coming across from the west, so I’m crossing my fingers now that it won’t arrive in the faithful county until quite late in the day, but, there is a chance".

Thursday, the last and final day, "after a dry start, looks like showers.  So I’d say be dressed for some mixed weather". So we're really getting a bit of everything. Let's hope the rain holds off for as long as possible!

4:00pm Farm safety is always a huge theme at the Ploughing Championships.

Bláthnaid Ní Chofaigh and Rónán Mac Aodha Bhuí caught up with David Leydon of the Farmers Journal to hear his thoughts on the issue.

3:30pm On right now on the RTE stage is Bláthnaid Ní Chofaigh with Rónán Mac Aodha Bhuí as they bring their show Rónán agus Bláthnaid Beo live from the championships.

We caught up with Bláthnaid ahead of the show for all the gossip. 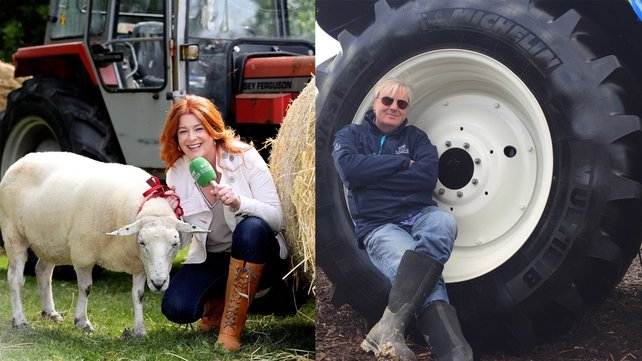 3.00pm And the award for the best shirt at day one of the Ploughing Championships 2016 goes to...

Tomorrow is when Martin Shanahan takes to the stage at the The Supervalu Good Food Karma Project stand. He starts Wednesday with some smoked salmon breakfast dishes in an Inspiring Foodies cooking demo.

2:33pm This is one of the most popular men at the Ploughing this year. We caught up with him for a quick snap.

Aldi, one of the main sponsors, have former Irish rugby captain Paul O’Connell running drills outside its tent, while 2fm DJ Jenny Greene entertains the masses inside with some excellent tunes. A great experience. 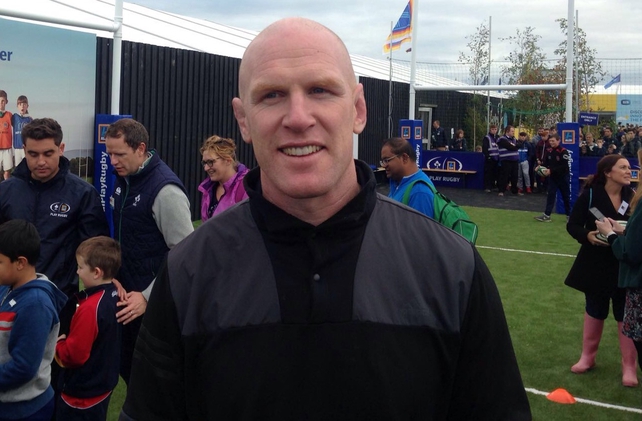 2:00pm It is what everyone has been waiting for.... highlights of the Tractor Football.

Look out for star of the show Marty Morrissey.

And there are rules as we found out earlier:

1) Reversing isn't allowed.
2) You're not allowed to move in front of another tractor.
3) The 'attacking' tractor will always have the right of way.

Highlights from the Tractor Football where @MartyM_RTE scored a hat-trick as Laois beat Offaly 4-3 pic.twitter.com/0AuRvbPnGe

1 pm If you are down here in Tullamore make sure you enter this competition!

For your chance to win a break in Hotel Westpost, Co.Mayo, take a pic of yourself with these guys and upload it to either Twitter, Facebook or Instagram with the hashtag #rteploughing 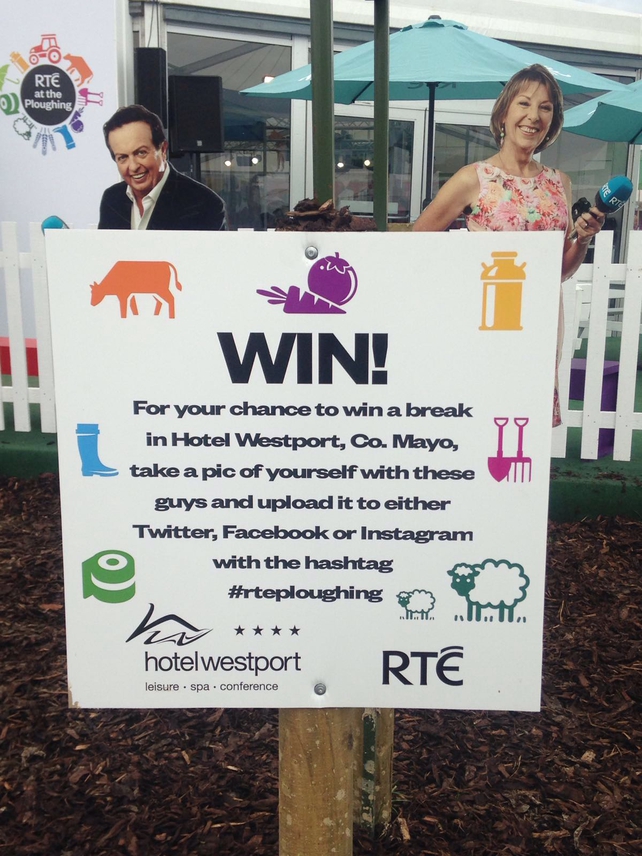 Speaking on Today with Sean O’Rourke, Mr Higgins said that there is an interesting challenge ahead for governments and agricultural ministers.

He said that the numbers in rural areas are falling across Europe and that those who continue to live in rural areas must have better access to technology.

It's officially underway, the man that makes sure the @NPAIE gets off to a proper start! #Ploughing16 pic.twitter.com/zpzyUAdkPr

Listen back to the full radio interview here.

11:45 am  We caught up with guys from The Happy Pear who are with The Supervalu Good Food Karma Project at the Ploughing Champions.

With delicious ingredients, mouth-watering dishes, and events across all three days of the championship, it promises to be a source of delicious food and great entertainment.

It's all happening at #Ploughing16 and @rte is streaming it #live right here: https://t.co/XgMnCczjUv #PloughingChampionships pic.twitter.com/APmdemgFeH

11:15 am Tractor football is one of the highlights of the three day event and it is just underway. Here the referee - Arthur O'Connor - explains the rules of Tractor Football to RTE News.

11:00 am It is a day for wellies and boots as the Ploughing Championship 2016 swings fully into action. Stay with us for all the action on the ground, at the stalls, in the fields. 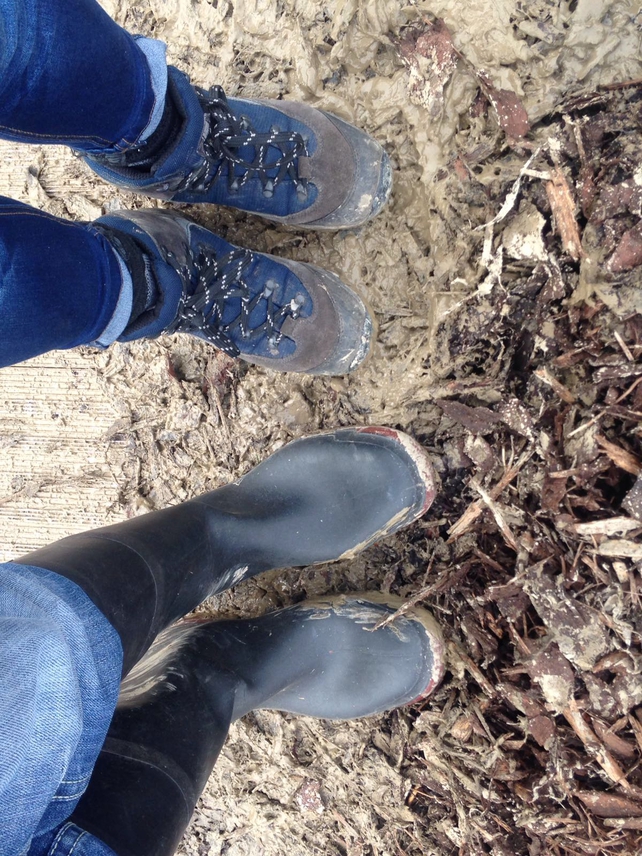 10:00 am The first big event in the RTE tent was the Radio One show Today with Sean O'Rourke - live from the Ploughing Championships.

9:00 am To start the day we got the fantastic Marty Morrissey to bring RTÉ Lifestyle through the RTÉ tent at the Ploughing Championships 2016. The presenter chats to Sean O'Rourke, gets his photo taken for the RTÉ Guide and meets people from all over Ireland!

19.00 The Ploughing, Live presented by Áine Lawlor and Marty Morrissey on RTÉ One