John Sharry, Principal Social Worker at Mater Hospital and co-founder of Parents Plus, talks to RTÉ jr on the important role that dads can play in a family.

Self esteem
It gives fathers a real boost to their self-esteem when they get involved more with their children.  It’s actually quite hard for dads to get involved because they’re always playing catch up. Mum carries the baby in pregnancy and goes through the birth so dad is always a little bit behind and can be unsure what his role is. It can be a bit harder to get started and get involved. 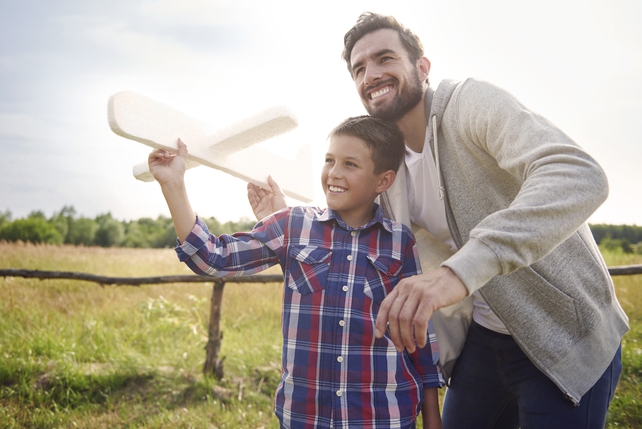 Alone time
The biggest piece of advice I give to parents is to really set up time for dad alone with the children. I encourage fathers to take full charge of the children for an extended period of time whether it’s baby for a few hours when they’re older for a full day or even longer. Then they can get stuck in and they’re responsible for all the hard bits – managing distressed children and they’re responsible for the playful bits. That really creates a bond between the dad and the children that sustains, it also gives mum a break so it’s a no brainer. It’s really good to do that.

Play
Research over the last 50 years it shows that dads play and interact with kids in a way that’s different than mums - on average, of course. In a recent study it showed dads play differently with kids, they more likely use rough and tumble play, physical play, tickling, rolling children around which is all really good for children’s fun, sense of connection, physical play, they do that a bit more than mums. Whereas Mums might do more structured play which is all very important for children too so they get two energies. 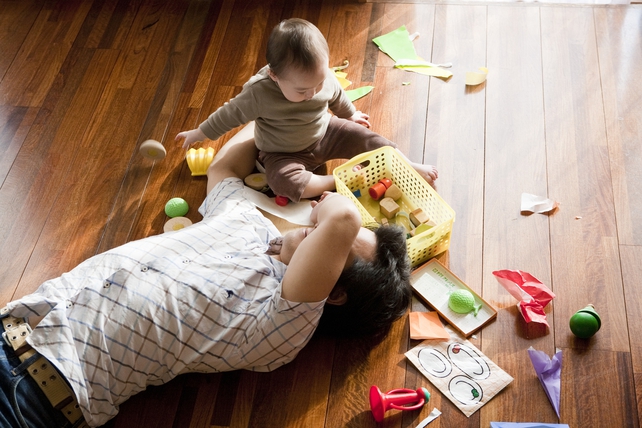 Resolving conflict
Dads often resolve conflict differently with toddlers and young children. Whereas Mums might try to talk a child down a little bit or reason with them dads might try to do some interesting distraction like lift a child up, tickle their tummy, and put them in the bin! Watch a video of a child doing that and they’ll burst into laughter, tantrum forgotten.

Different Energies
Dads and mums bring different things to children and it’s a great benefit. Even for people parenting alone having a second parent involved or a person close to the child, an extended family member someone who can bring a second energy that’s great for children.

They said it takes a village to raise a child and certainly a couple of close connected relationships with adults, two or three, really help children. It’s too hard to do it absolutely by yourself and that’s why dads and mums working together and some extended family is the best model.

John Sharry is an Irish Times Parenting Columnist, co-founder of Parents Plus and Principal Social Worker at the Mater Hospital. Find out more at www.solutiontalk.ie