Mince pies are one of the more controversial Christmas dishes. Some people love the buttery pastry and gently spiced filling, while others just can’t stomach the sheer amount of dried fruit involved.

They’re such a festive staple though, it’s hard to think of a time you weren’t offered a mince pie to mark the beginning of December’s festivities. However, they’ve certainly come a long way since the Tudor times.

The ‘mincemeat’ filling seems like a misnomer – it’s just a mix of dried fruit and spices, right? Well, it’s actually a hint to its carnivore beginnings.

Mince pies were first mentioned in the Tudor era, and Annie Gray, food historian and author of At Christmas We Feast: Festive Food Through The Ages, says: "They were, as the name suggests, made largely of minced meat, usually mutton or beef, plus suet, dried fruit and spices – very much a rich person’s dish."

As with much of the food at Christmas – both in the 16th century and today – these original treats were all about excess. "The earliest mince pies (also known as shred pies) were large, intended for sharing," explains Gray.

Despite the addition of meat, Gray admits the first versions tasted "surprisingly similar to modern mincemeat tarts. They share the deep, fruity, flavours and spicy notes. But they are much richer and more complex." 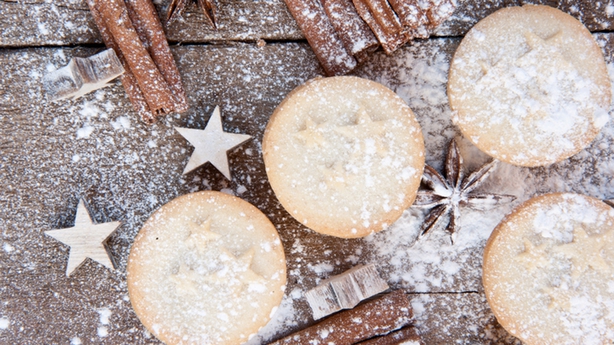 Sugar wasn’t as readily available in the Tudor times, so dried fruit (and sometimes honey) was relied upon for sweetness. This, plus the addition of meat in the filling, means early versions would likely have been less sweet than what we’re used to nowadays.

Gray says mince pies without actual meat became the norm in the late 19th century, and now they’re a vegetarian-friendly staple at Christmas (well mostly – depending on whether your recipe calls for suet or not).

They’re not quite a global dessert, Gray says, and there’s a big difference between a brilliant pie with soft pastry and a flavourful filling, and something that’s quite the opposite ("Let’s face it, bad mince pies are horrible," proclaims the historian).

There’s a lot to love about a mince pie done well though, with Gray saying: "We eat them for a few weeks a year, so we don’t get bored of them. And of course, we have all those fuzzy, warm Christmas associations with them."

While the classic recipe of mixed dried fruit and spices is the overwhelming go-to, there are also other variations to try – check out some recipes here.