He's taken us across Spain and Ireland, taste-testing his way through some of the most celebrated food regions in the world. However, for Neven Maguire Ireland's seafood will always be one of the most inspiring food scenes out there.

Now, our favourite Cavan chef is back again with another season of Neven's Irish Seafood Trails, his popular show highlighting the best of Ireland's seafood.

New Irish seafood trails on this week on @RTEOne hope you can tune in !! pic.twitter.com/DR6yusHpfm

Diving into the New Year, the seven-part series will see the chef continue his search for the finest and freshest produce takes him to East Cork and Ballycotton, Clare, Waterford, Kenmare and Castletownbere. He also visits Kilmacalogue and Kinsale, Donegal and Wexford.

On tonight's episode...
Neven starts the new series in the seaside village of Ballycotton, East Cork, where he heads down to the Pier to meet local fisherman Sean Roach. Fresh in from a fishing trip, Sean shows Neven his catch of cod, megrim, black sole, monkfish, hake, haddock and whiting.

Hoping to find some mackerel, Neven takes a fishing trip with Sean out into Ballycotton Bay. Soon, they are joined by local fisherman and tour guide Peter O'Shea who teaches Neven the art of hand-line fishing. 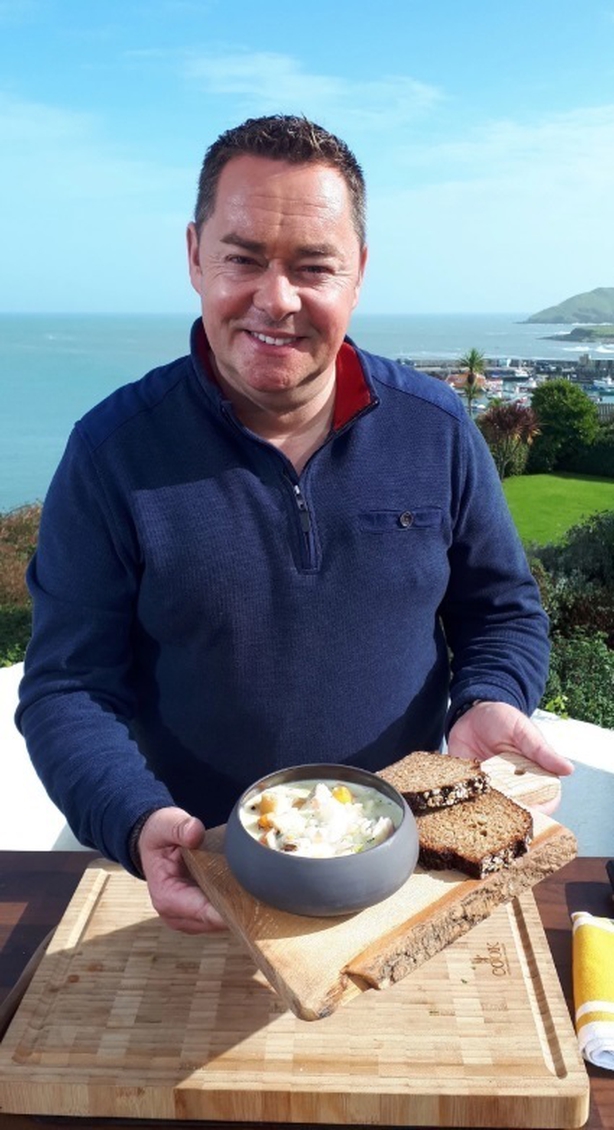 Back on dry land, Neven travels to Midleton to meet Diane Walsh of fishmongers Ballycotton Seafood.  Just around the corner is the acclaimed Sage restaurant, where chef Kevin Aherne shows Neven a recipe for Haddock Carpaccio.

Neven then visits the Royal Cork Yacht Club in Crosshaven which celebrates its 300th anniversary in 2020, making it the oldest sailing club in the world. He is invited on a cruise around Cork Harbour by Pat Farnan, the club’s Admiral.

Neven’s own recipe this week is an old favourite, Seafood Chowder. Find it here.

Watch Neven's Irish Seafood Trail at 8:30pm on Wednesday 8 January, on RTÉ One.