If there’s one thing about Christmas that can rival the feeling of a new gadget, hit novel or horribly ugly sweater, it’s the food. At no other time of year can you indulge so wantonly in such displays of gluttony.

It is perhaps surprising then, that this glorious decadence is always painstakingly structured: The same meal is dished out again and again, honed by countless years of practice and force of habit.

Most of our festive foods have centuries of tradition behind them to justify their spots on the menu. One or two do not…

Five Christmas foods that go back further than you think…

1. Christmas pudding
Perhaps the most storied of all festive grub, Christmas puddings have been around since the 14th century – albeit not in their current form. Modern pud started life as a porridge called ‘frumenty’ – made up of raisins, meat, currents, wines and spices, it was likely eaten as a pre-Christmas fasting meal.

Over the following centuries, it morphed into plum pudding. At some point, King George I supposedly requested plum pudding for his first Christmas dinner in England. The story is almost certainly apocryphal, but he was nicknamed "the Pudding King" thereafter.

No one knows exactly how Christmas pudding developed, but it doesn't look like it's going anywhere anytime soon. 2. The Christmas turkey
Turkeys first arrived in the UK in the early 1500s when English navigator William Strickland brought six turkeys to Bristol and sold them for tuppence each. Rumor has it that James I asked for turkey, rather than the usual swan, for Christmas.

A practical meal, these large foul could feed more people than a goose or pheasant, and freed up chickens and cows to produce eggs and milk.

Turkey has been a festive favourite for the rich and the royal since Tudor times, but for a long time it was a luxury few could afford. Not until the 1950s did increasing wages and improved supply bring the Christmas turkey to the masses. 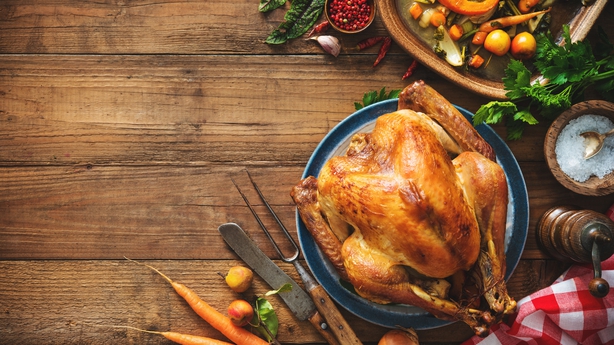 3. Candy Canes
To look at them, one might assume candy canes were invented a few decades ago by a candy company’s marketing department. But candy canes have surprisingly deep European roots.

First recorded in Germany around 250 years ago, one story (of highly questionable veracity) tells of a German choirmaster needing to keep his choristers quiet. Since it was nearing Christmas, he gave them candy canes to shut them up, and to remind them of the nativity with the shape of a shepherd’s crook. The red and white patterning emerged around 1900, but otherwise, the modern cane is quite similar to the canes of yore.

4. Mince Pies
Just like Christmas pud, mince pies have been around for centuries, but with a very different list of ingredients. As their name suggests, these seasonal stalwarts were once packed with meat – usually lamb, but bakers used whatever they could get their hands on.

A delicacy in medieval times, mince pies were status symbols that wealthy proprietors would wheel out at Christmas parties, to prove their pastry chefs were better than yours. High-end pies came in all shapes and sizes – stars, flowers, and even interlocking jigsaw pieces. 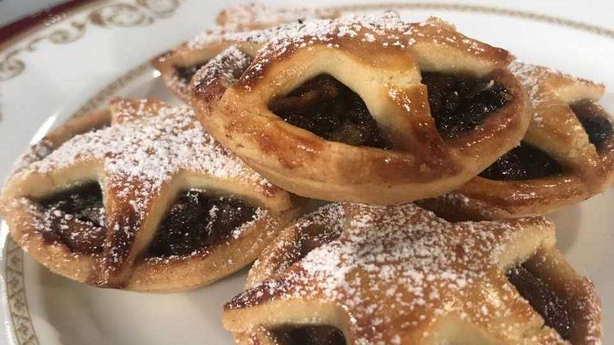 5. The Yule Log
A Christmas tradition that probably predates Christ, the Yule Log takes the biscuit (well, cake) for this list’s longest-serving foodstuff. A rolled-up Genoise sponge filled and topped with icing, chocolate and jam, it’s modelled on the physical Yule Logs burned in midwinter by Nordic pagans.

Families would chop down a large tree branch on the eve of midwinter, and leave it burning over the coming days, supposedly granting them good luck for the coming year.

The cake itself isn’t that old (most accounts point to 19th century Paris), but it’s the thought that counts. 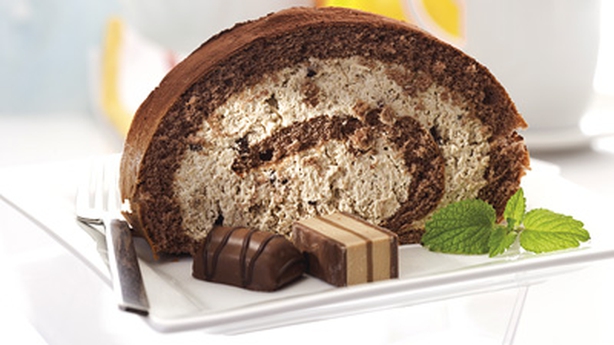 …and one that doesn’t

Brussels sprouts
Ah yes, the perennial spirit-dampener, the divisive dish of the day, the Brussels sprout. Every year we trundle through the process of buying, cooking and binning these little green balls of despair out of a feeling of festive obligation. But a glance through the history books shows they’re a recent addition to the Christmas canon.

They only became a Christmas staple sometime in the 20th-century. Why then, do we eat them? No one seems to be sure, but the best guess is that they’re obscenely healthy, and ripen at about the right time.