Aside from the leaves turning and getting to wear tights once more, the other great thing about autumn is the food.

It’s all about big warming bowl meals, hearty family dinners, pans of things that bubble and smell like the season’s changing, and sweet sticky stuff you can tuck into with abandon because it’s another year before you’ll brave a bikini again.

1. Stew
You can’t get away with a stew in summer – firstly, because the heat of it bubbling away on the stove is enough to have you screaming for aircon, and secondly, all we want to eat in summer is chilled salads and ice lollies. But now, bring on the slow-cooked meat dancing about in thick gravy and chunks of veg. Mmmm.

Get the recipe for Aunty Bernadette's Beef Stew here 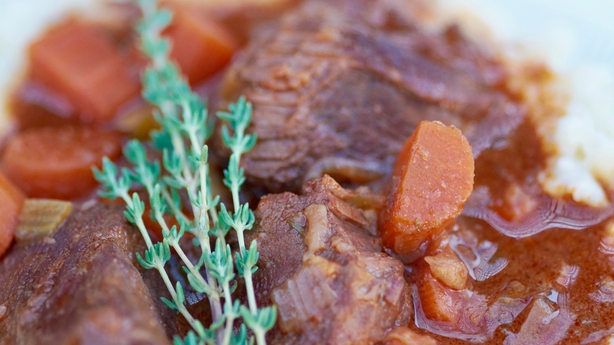 2. Jacket potatoes
Summer is not the time to have the oven on, no matter how much you like crispy potato skins, but come autumn, the fridge is 70% jacket potato toppings, and the oven is almost permanently baking something.

Get the recipe for Catherine Fulvio's DIY Baked Potatoes here 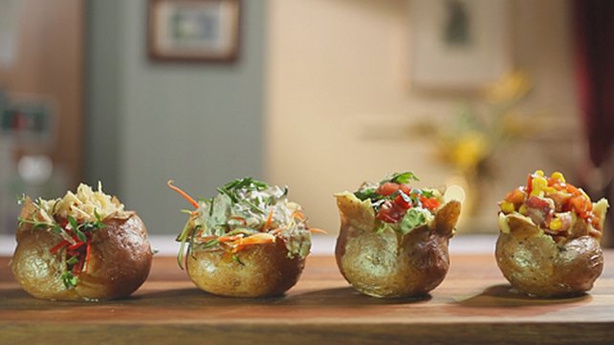 3. Roast dinners
Barbecue season is over, which means only one thing: You can start eating roast potatoes again. And stuffing. And Yorkshire puddings. Oh, how we’ve missed a good roast. 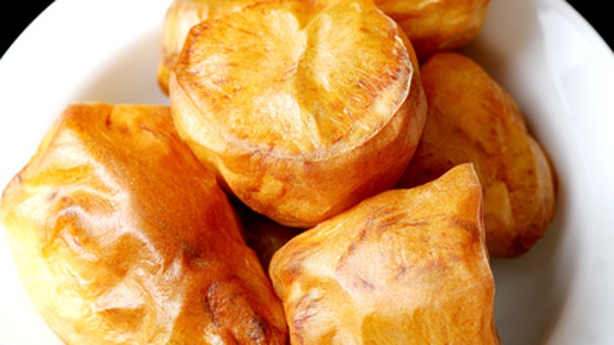 4. Cottage pie
There’s nothing better than spending a dark autumn night mashing potatoes (yes, more potatoes) and layering them over minced beef and peas, then sticking it all back in the (always on) oven, with a good sprinkling of cheese on top. 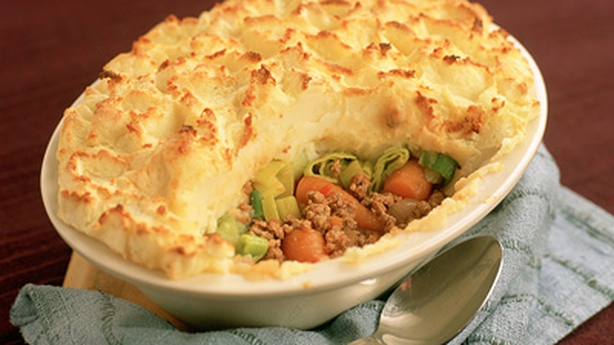 5. Fish pie
All summer, we’ve been snacking on garlic prawns and griddling salmon, but now we can douse the lot in a creamy sauce and top it with yet more mashed potato.

Get the recipe for Martin Shanahan's ICA Fish Pie here 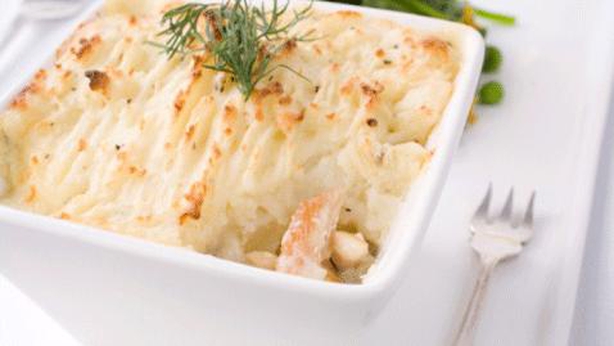 6. All of the pies
Perhaps we ought to just rename autumn ‘pie time’ because whether it’s apple and blackberry, fish, cottage, shepherd’s, chicken and mushroom, or steak and ale, there is no better time to encase things in pastry or potato. 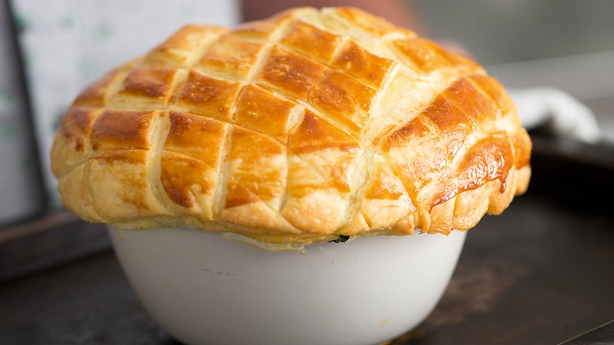 Get the recipe for Rachel Allen's Bread and Butter Pudding here 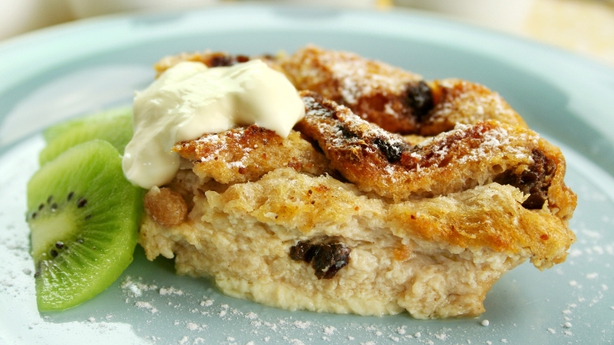 8. Toad in the hole
Blackened sausages on the barbie are all very well, but for the rest of the year, we want ours tucked into beds of golden puffed-up batter - and drenched in gravy, please.

Get the recipe for Richy Virahsawmy's Toad in the Hole here 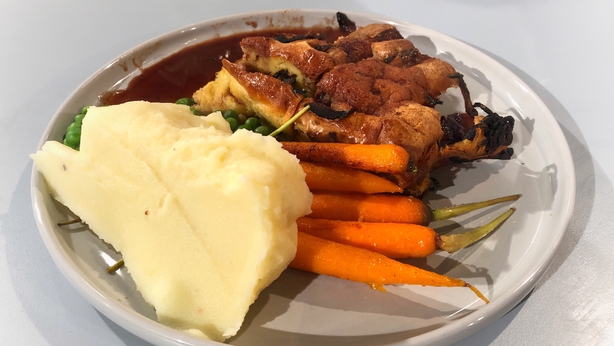 9. Anything with pumpkin in it
This might not be America, but that doesn’t mean we can’t get to grips with the huge, fleshy orange squash, too. They aren’t just for carving come Halloween. Bake it into pies, roast it, stuff it, puree it, pickle it – the options are endless.

Get the recipe for Rory O'Connell's Pumpkin Soup here 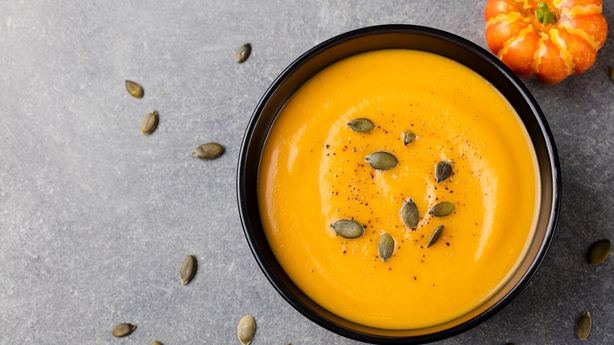 10. Crumble
Rhubarb, pear and ginger, apple and blackberry, plum and blackberry, gooseberry, cherry, even savoury squash… we intend to eat at least one crumble a week from now until Christmas. With loads of custard, obviously.

Get the recipe for Brian McDermott's Rhubarb Crumble & Custard here 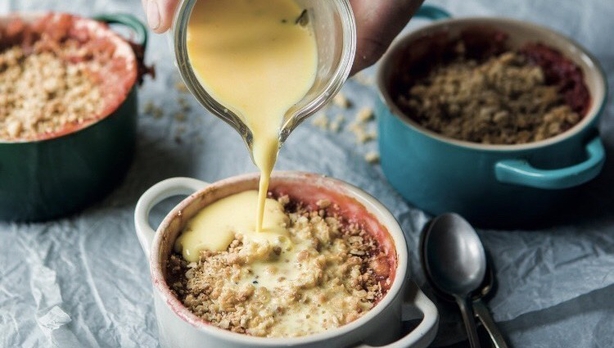 11. All of the mushrooms
September marks the start of mushroom season, and while foraging for your own is best done with a trained professional, markets and stores will be overflowing with some incredible varieties. Stick a mixture of the wackier fungi in a risotto for a proper comfort meal.

Get the recipe for Rachel Allen's Baked Mushroom Risotto here 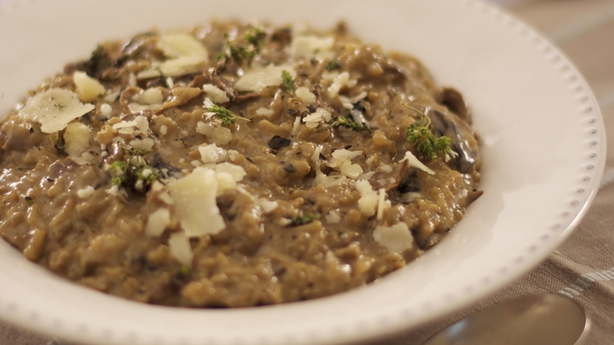 12. Toffee apples
Designed to simultaneously shatter and rot your teeth, toffee apples are the ultimate seasonal sweet treat. But one a year is probably enough. 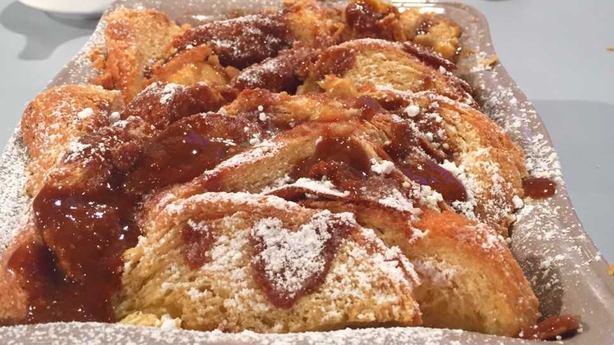