To discuss the topic of veganism Sean O’Rourke was joined in studio by 2FM presenter and dedicated vegan Keith Walsh, founder of vegetarian restaurant Café Paradiso in Cork, Dennis Cotter and journalist and food writer Catherine Cleary, who describes herself as "a little bit vegan-y".

Catherine says the temperature of the food climate in Ireland has changed in the past few years.

"I think the feeling was there’s something in the water…  There seemed to be a lot of Irish people embracing veganism.  You have the queues outside the happy pear… just that feeling that we might be expanding from that meat-and-two-veg kind of eating."

Veganism "sounds so up itself," says Keith, who describes himself as a low-maintenance vegan – a veggie stew and a bit of rice and he’s happy.  He says he adopted the vegan way of life when he turned 40 as his father suffered from heart health around that age and he wants to take as much are of his ticker as possible. "I hopefully will live forever because of it!"

Dennis is vegetarian, not vegan, (unlike vegetarians, vegans refrain from eating all animal products such as cheese and honey) but he reports seeing a rise in veganism in his restaurant.

"I’m very interested in this…  Back in the 70’s,80’s, 90’s, people became vegetarian for all sorts of reasons, some of them trivial, some of them serious, some of them health, some of them moral.  I think this is a much more profound shift in what we eat, what we see as food and I think ultimately a change in how we see ourselves on the planet as humans."

If you can’t imagine Christmas without the mince pies, Lidl and other retailers can help you out with easily available vegan versions and even Guinness has gone vegan now, so it’s easier than ever to experiment with plant-based eating, just make sure you balance your diet and get some B12 supplements!

Listen above to the interview in full. 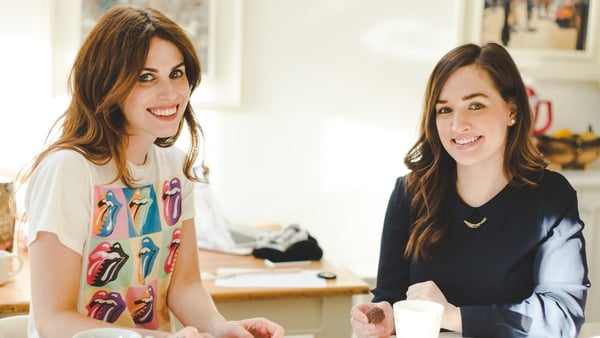