RTÉ One's Dancing with the Stars has returned to our screens. Once again, the show will be presented by RTÉ 2FM's Jennifer Zamparelli alongside Westlife star Nicky Byrne, and we can't wait to see what glam looks (and terrible puns) they bring to the dancefloor.

Every Monday morning, we'll have photos of all the fab costumes from Sunday's show in this glittery DWTS gallery, featuring everyone from the contestants and pro-dancers to the judges and hosts.

Click through the gallery above each week to see all the fabulous outfits.

Week 10
The quarter-final has arrived! To celebrate making it so far in the competition, the celebs had a little fun with their costumes, wearing outfits inspired by iconic television characters.

Gráinne Gallanagh dressed as Wonder Woman for her salsa, Fr. Ray Kelly took on the role of Fr. Ted during his American smooth, Ryan Andrews brought a Muppets theme to his Charleston, Lottie Ryan danced the paso doble to the Mission Impossible theme, and Aidan Fogarty delivered an American smooth performance to the Top Cat theme. 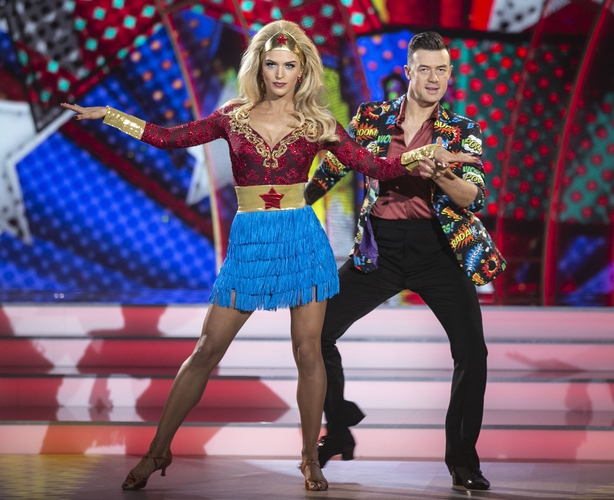 Week 9
Not only did our celebrity dancers have to learn their brand new solo routine this week, but it was also Team Dance week, whereby three couples made two teams and competed against each other after their performances with their pro partners. And they looked good doing it.

From Mary Kennedy's shimmering sequins to Aidan Fogarty's dazzling shirt, the celebs and their pro-dancers were dressed to the nines... 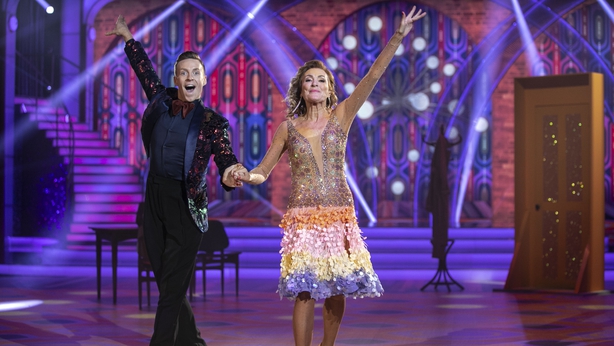 Week 8
The competition is heating up on Dancing with the Stars with just a few weeks left in the competition and it's reflected in the incredible costumes. The wardrobe department truly outdid itself for Orchestra week with an incredible myriad of looks. 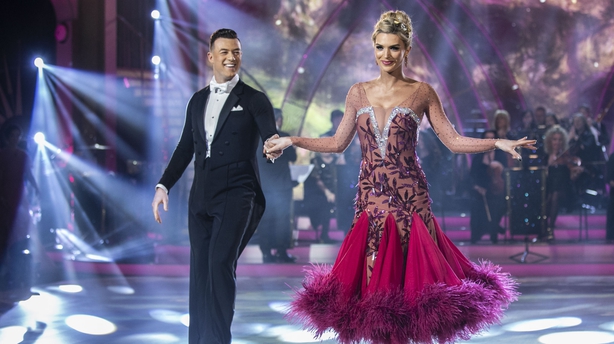 Week 7
Love was in the air for Valentine's weekend on Dancing with the Stars. The celebs were looking sassy, sultry, sexy and sweet - just click through our gallery above to see their fabulous costumes.

In the end, hearts were broken across the country as TV presenter Brian Dowling was sent home for a glam-rock tango that failed to set the judge's hearts aflutter.

A lady who never fails to make an impact on the dancefloor? Co-host extraordinaire Mrs. Jennifer Zamparelli. She wore a sequined dress from Irish shop Coco C Boutique while Nicky Byrne looked dapper in a snazzy suit with pieces from ASOS and Benetti menswear.

As usual, though, it was Judge Jules who closed the show in yet another Claire Garvey creation. 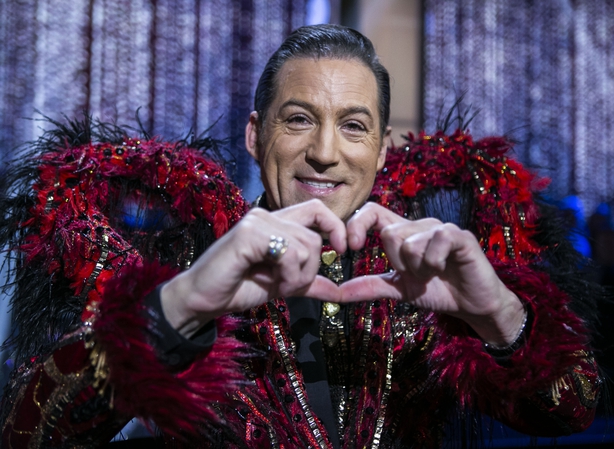 Week 6
Jen Z and Nicky B had a big night on Dancing with the Stars this week, not only did the hosts roll out the red carpet a night early for this week's show due to Election 2020 coverage, but they helped make Irish TV history by hosting two same-sex couples on the dance floor for Switch-Up Week.

Switching things up in the wardrobe department, host Jennifer Zamparelli ditched her usual sparkly dress in favour of a pair of statement trousers from Irish designer, Aoife Ireland. 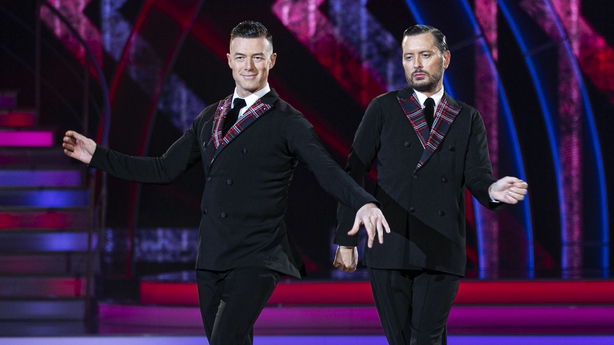 Week 5
The celebrities danced down memory lane last night on Dancing with the Stars, each choosing a specific moment in time that defined them as inspiration for their performance.

B*Witched singer Sinéad O'Carroll brought viewers back to 1998 as she performed a cha-cha to her hit single C'est la Vie; Mary Kennedy looked back on the time she presented the 40th Eurovision in 1995 during her beautiful waltz; and Fair City actor Ryan Andrews delivered a rumba to Coldplay's Fix You as he reflected on the time he was told that he would never dance due to his scoliosis diagnosis.

Click through the gallery to see all the beautiful costumes from last night's show, and click here to see Jennifer Zamparelli's refashioned mini-dress. 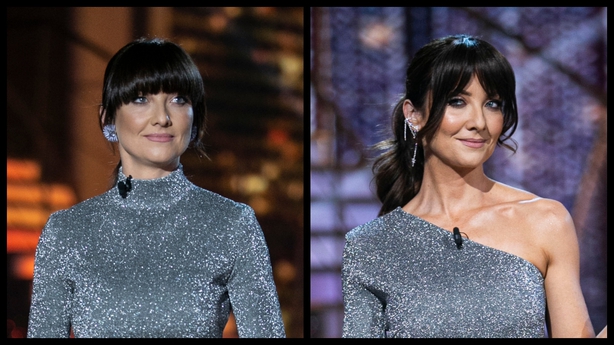 Week 4
It's Movie Week! From Lady and the Tramp and Dirty Dancing to Dora the Explorer and Titanic, the celebs and their pro-dance partners transformed themselves into a whole host of characters for tonight's show - and the costumes were absolutely jaw-dropping.

While Jennifer Zamparelli stunned in Self-Portrait and Nicky Byrne shone in Zara, it was Judge Loraine Barry that stole the show in a glitzy dress worthy of any Hollywood movie. 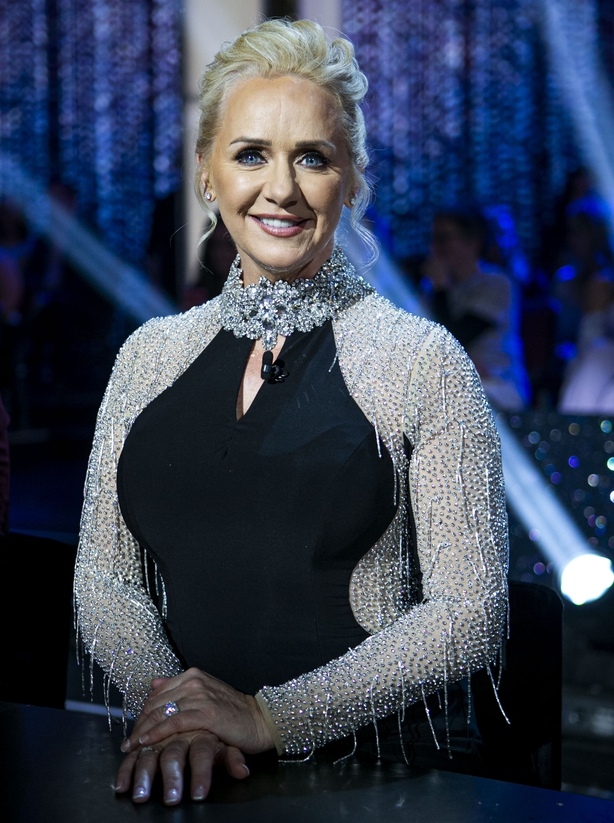 Elsewhere on the dancefloor, Jennifer Zaparelli wore a beautiful red dress from Solace London while Nicky Byrne looked dapper in a suit from Benetti, a bow tie from Tom Ford and a shirt from Zara. 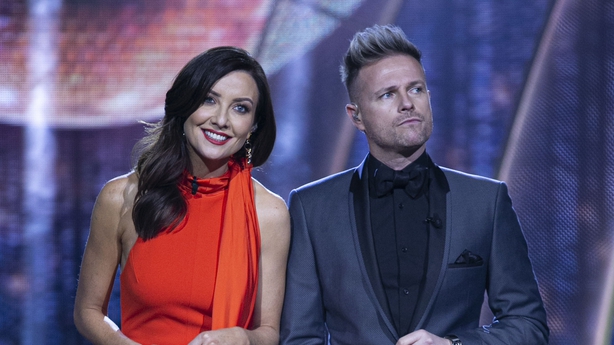 Week 2
It's Ladies Night! All six celebrity female dancers made their solo debut on the dance floor tonight for a striking second live show. All the ladies looked drop-dead gorgeous on the dancefloor but host Jennifer Zamparelli may have stolen the show with a glam jumpsuit from Talbot Runhof - get the details here. 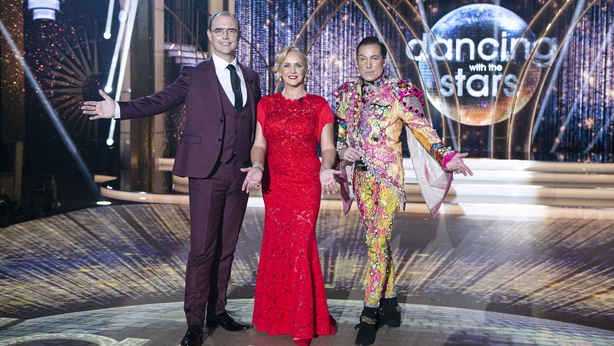 Elsewhere, Loraine Barry brought some old school Hollywood glamour to the studio wearing a beautiful red dress that she picked up in New York. An advocate for revamping old clothes, the Judge completely transformed the dress by adding stone and fringe detailing.

Judge Brian Redmond wore a burgundy three-piece suit from Collar and Cuff while judge Jules somehow managed to out-do himself by wearing a Sergeant Pepper inspired suit by Claire Garvey. 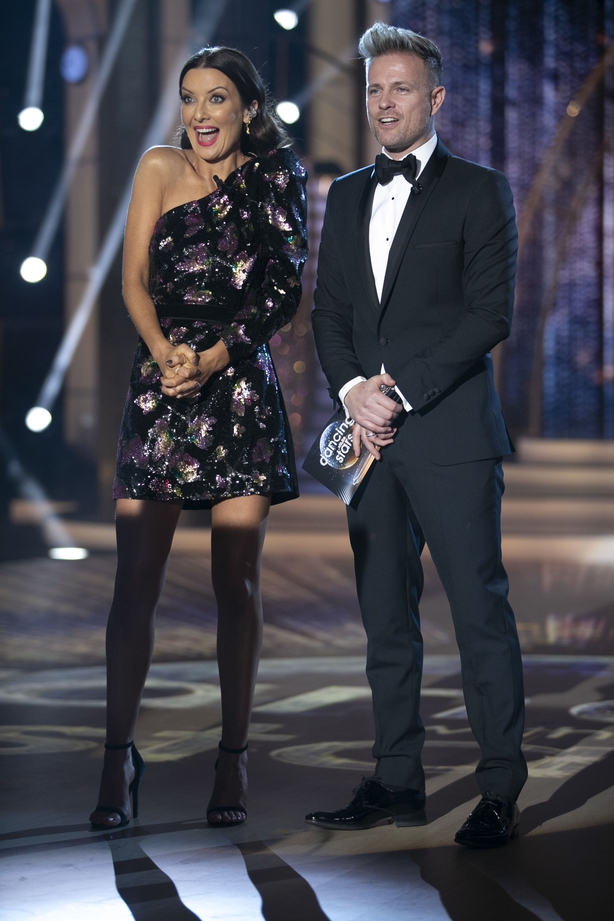 Click through the gallery above each week to see all the fabulous outfits.