Why, you might ask, was there a sudden flurry of feathers on the autumn/winter catwalks?

We’re blaming it on this year’s Met Gala. The theme for the biggest night in the fashion calendar was announced back in October 2018, when designers were in midst of readying their AW19 collections.

Titled Camp: Notes on Fashion, the exhibition is based on Susan Sontag’s famous essay of the same name – and seeing as one line from the piece reads ‘camp is a woman walking around in a dress made of three million feathers’, it’s not surprising designers were feeling somewhat feather-brained for autumn.

From the frothy gowns at Oscar de la Renta and Marc Jacobs, to the eyelash trims at Saint Laurent and Peter Pilotto, these plumed pieces quivered beautifully as models sashayed down the runway.

While some designers opted for natural tones reminiscent of swans and ducklings, others went for hyper-brights, like tangerine and lemon.

The Kardashian clan clearly got the memo, as sisters Kendall and Kylie Jenner chose orange and lavender gowns with voluminous feather embellishments, both created by Versace.

Now that party season has arrived, it’s the perfect time to bust out a bit of red carpet-worthy plumage for your own festive gatherings.

Cooler than sequins but just as glamorous, feathers are the fashion-forward way to do cocktail-hour style

You don’t have to go head-to-toe a la the Jenners – just a touch of fluff elevates an LBD or block colour frock.

Not in the mood for a dress? Try a feathery statement top layered under a classic black tux or teamed with jeans and heels.

Or take your cue from the Erdem collection, with a fluffy coat to top off your party looks.

With these fuzzy textures, it’s best to keep it simple in terms of colour.

Accessories are an easy way to try the trend – a flash of colour-tooled purple or pastel pink looks chic teamed with black separates and makes a refreshing change from all the seasonal sparkle.

Inspired by the catwalks, here, we’ve plucked the best-feathered party pieces from the high street… 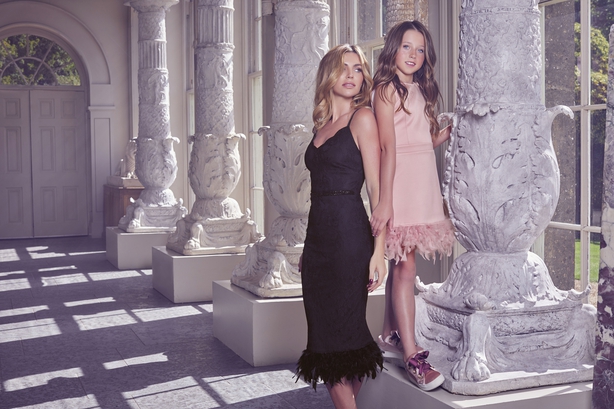 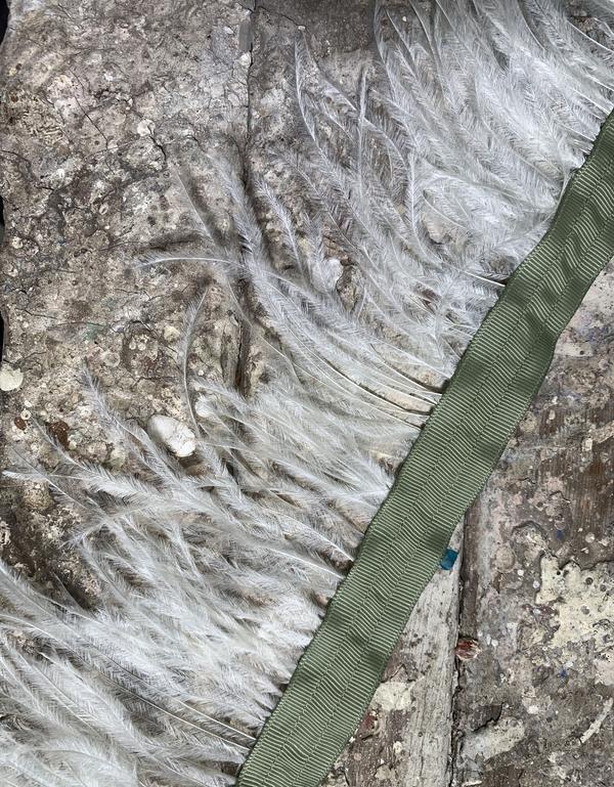 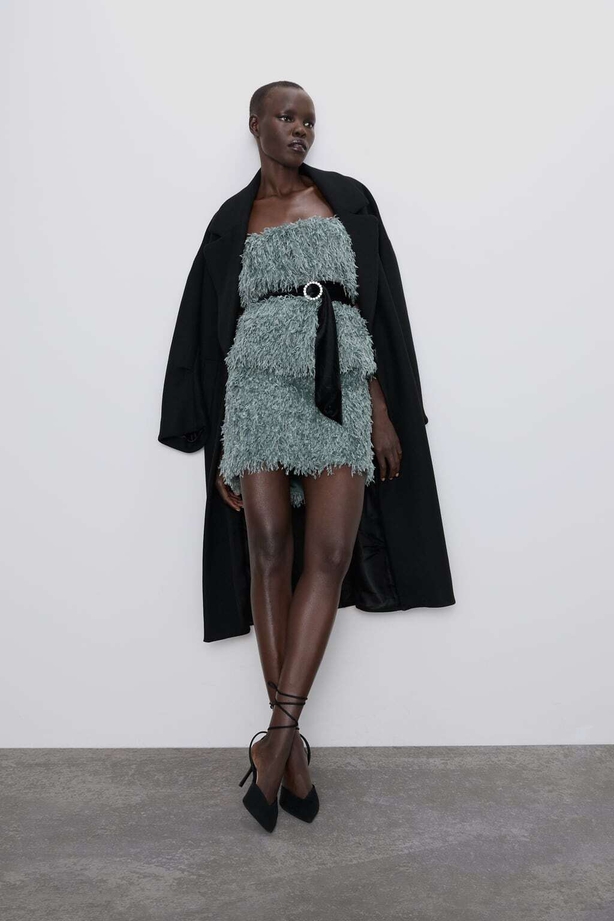 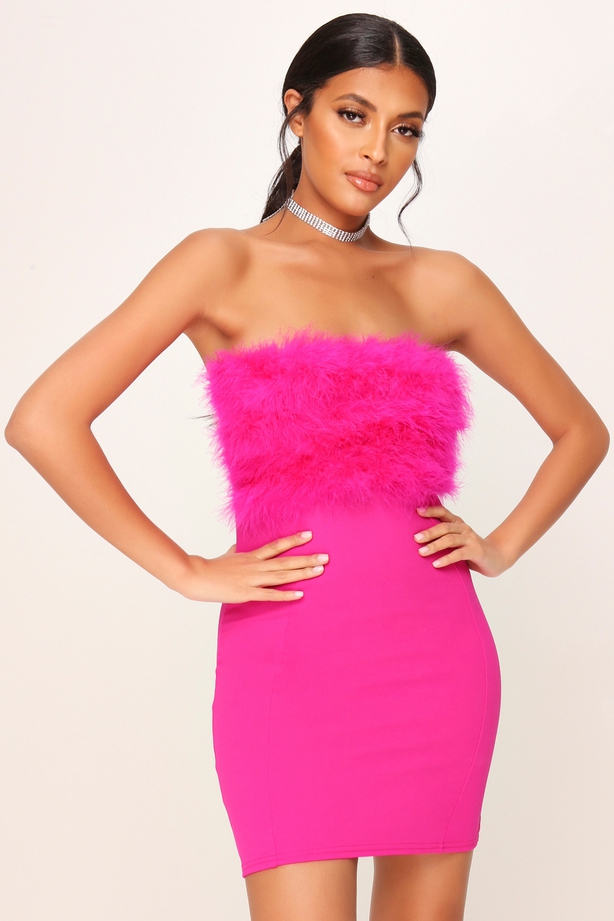 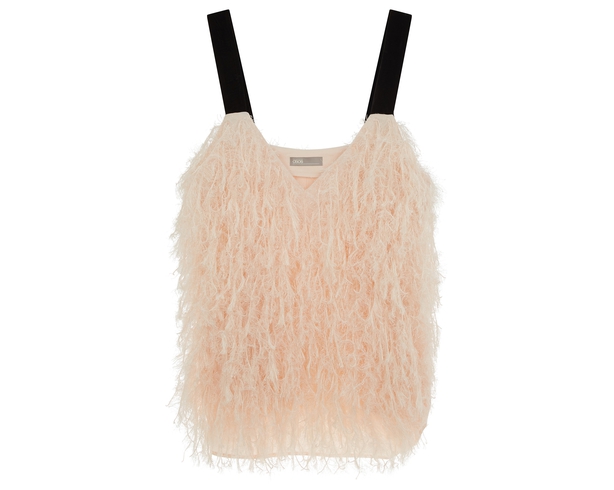 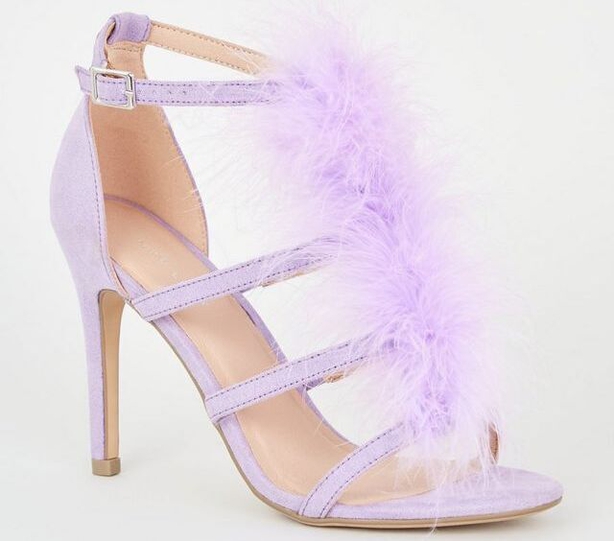 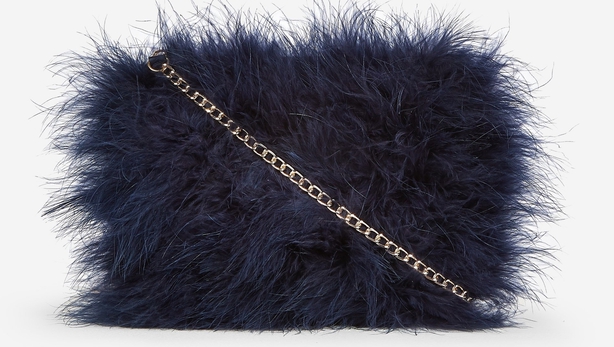