After a wedding speech by Harry that guests said moved people to tears, the new Duke and Duchess of Sussex travelled to their evening reception at Frogmore House.

Meghan changed from her Clare Waight Keller ceremony gown into a soft white bespoke halter neck dress by Stella McCartney, made of silk crepe. Harry swapped his military uniform for a black tuxedo.

The Duke and Duchess of Sussex depart Windsor Castle for a reception hosted by The Prince of Wales at Frogmore House, in a silver blue Jaguar E-Type Concept Zero. This vehicle was originally manufactured in 1968, and has since been converted to electric power #RoyalWedding pic.twitter.com/hRrxEUlFlJ

Kensington Palace said: "The Bride is wearing shoes from Aquazzura made in silky satin, with nude mesh, with soles painted in baby blue."

George Northwood styled her hair, into an updo again, but this time more relaxed.

The second dress was a hit on Twitter, with some saying it was even better than Meghan’s first gown.

Meghan’s second dress is to die for! She’s incredible??

Meghan of Sussex, what a stunner! ?? That second dress, wow!
From classic elegance, to total glam!

Absolutely love the second dress probably more that the first! Meghan has looked beyond stunning all day ?????????? #royalwedding

There was a lot of speculation as to whether the ceremony dress would be by Stella McCartney.

Meghan is known to be a fan of the ethical British designer, she wore one of the designers dresses last month.

The dress was in line with Meghan’s simple, sleek style of her first dress, with a completely different neckline.

Enormous trains make cutting shapes on the dance floor pretty difficult so it’s standard for royal brides to change into a second dress later in the day.

Kate swapped her Sarah Burton for Alexander McQueen wedding gown for a simpler dress for her evening reception in 2011.

But while Kate went for ivory satin for her second gown of the day, also by Sarah Burton, Meghan stuck with white, "lily white" according to Kensington Palace.

Kate’s neckline was sweetheart, a classic in bridal wear, while Meghan’s high halter neckline is a bit more edgy and modern while still having a thoroughly regal feel to it.

Meghan kept it as plain as her first dress, but Kate’s Burton gown said "evening party" in a different way, with a bit of sparkle in the embellished waistline.

Kate’s style is pretty demure so it was no surprise that she covered her shoulders and arms with a white angora bolero cardigan.

Meghan’s second dress though was all about her shoulders and arms.

Harry drove his new wife in a silver blue Jaguar E-Type Concept Zero with the number plate E190518, the date of their wedding. 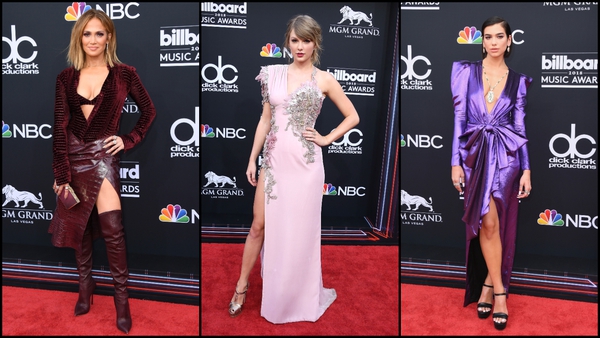