In this episode of Let's Dive In, RTÉjr Radio's science show, hosts Julie and Phil find out why a tube-shaped animal isn't native to Ireland, and why it’s such a great predator - we're talking SNAKES!!

Tune in to RTÉjr Radio or listen to the podcast HERE now!

On 17 March the Christian missionary, St Patrick, is celebrated the world over. And, legend has it, it was this man that sent the snakes slithering into the sea when they started attacking him during his 40-day long hilltop fast.

Suffice to say, this is clearly a story. So, Kevin (7) from Limerick, asked what is the real reason that there are no native snakes in Ireland?

In this episode we welcome back Trinity College Dublin zoologist Collie Ennis. He was on our series one episode all about spiders - you should check it out HERE!!

This time, he's talking to us about snakes...

"It's the same reason we don’t have a lot of animals in Ireland that you have through the UK and Europe, and it’s all down to the Ice Age… not St Patrick. It was old Father Frost who stopped them," Collie tells us.

But just because they couldn’t cross into Ireland doesn’t mean that they wouldn’t survive in climates like the one in Ireland. So, what do snakes do to survive in colder climates?

Well, they hibernate, says Collie: "They go into a type of hibernation, not dissimilar to the hedgehogs and other animals we know and love…they’ll go into a nice warm place underground."

But, it’s Phil’s question about how they use their tongues to find their food that leads us to our game for this episode called: The Smelling Game! Or the Smelling Bee! 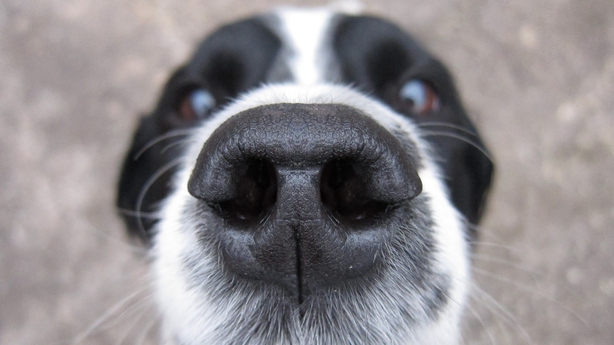 What you need to do to prepare the game:

To play the game:

Use more smells - If you’re adding another scent or two (chocolate and lemon maybe?) does it make the game harder?

If you’re playing with lots of people, can you tell if everyone can guess the smells just as well as each other?

You could add another set of large cups, this time with even more diluted scents. How much harder is it to smell the scents?

We finish off the episode with a list of amazing facts about how this animal really should be titled King or Queen of predators - there is so much they can do with a tube-shaped body!

AND read all the Let's Dive In articles and try the experiments HERE!