It's always a good idea to warm up your voice before doing Drama.  Here are some quick and easy ways to do this.

Try saying these tongue twisters as fast as possible, at least three times in a row.  Ask someone else to join in as well, and see who can say them the fastest, without stumbling over the words!

In a circle (depending on how many people are playing) the story is started, with each person in turn adding one word. The story usually starts with 'Once (first person) upon (next person) a (next person) time (next person)'. The idea is to keep your thoughts flowing freely, and don’t try to guess what’s coming or steer the story in a particular direction. It is not always easy to maintain a logical flow for the story, but it is always amusing! 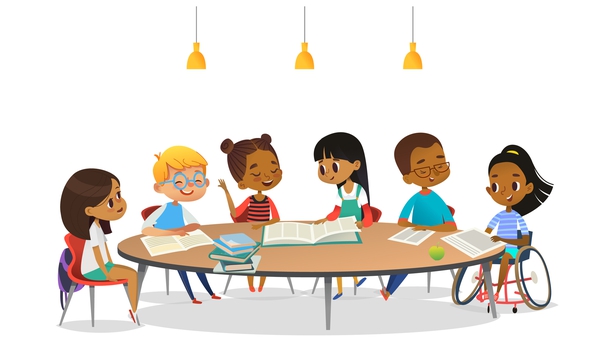 Choose an image from a book, magazine, newspaper or painting that has people in it and are doing something interesting.  This works better if the people are unknown. Spend a few minutes looking carefully at what is happening in the scene and choose one of the people and start thinking about their background, and what sort of character they are.

You can do this by yourself, or get others to join in as well and you all pick a different character.  Here's a picture that works well: 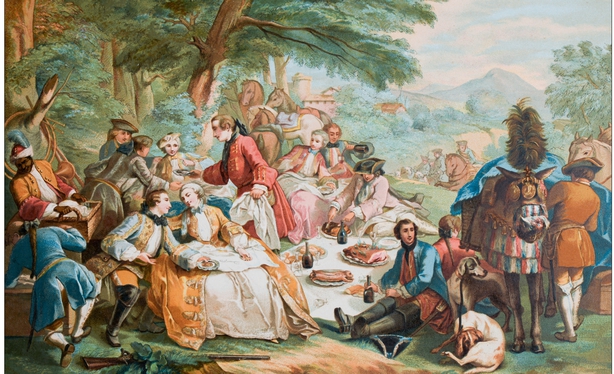 So, for example, you might choose the chap in the blue coat sitting on the picnic blanket near the middle of the image.  We create his character by imagining different things about him then we act it out.  For example:

List your character’s details then act it out.  You could even write a short play with the characters you create!