It's time to build a density tower!

Different liquids poured into a clear container that stay separated ie oil and water. With a few of the liquids that are on the list we can demonstrate the principle and also have different objects float at different levels.

Learning Objectives - WALT (We are learning to…)

Each student will be introduced to a substance's density and what that means. They will observe that all materials, whether they be a solid or liquid, have different densities and therefore will float at different levels. Density is a measurement that compares the amount of matter an object has to its volume.

They will see that substances with similar densities can mix together, whilst others will separate completely. As a class they will investigate the density properties of random classroom objects, and report on their results.

Density is basically how much "stuff" is smashed into a material... or a comparison between an objects mass and volume. Remember the all-important equation: Density = Mass divided by Volume. Based on this equation, if the weight (or mass) of something increases but the volume stays the same, the density must go up.

Likewise, if the mass decreases but the volume stays the same, the density must go down. Lighter liquids (like water or rubbing alcohol) are less dense than heavy liquids (like honey or syrup) and so float on top of the denser layers.

The same goes for the small objects that you dropped into your density column. The metal bolt is denser than any of the liquids in the column and therefore sinks directly to the bottom.

Less dense objects will float on individual layers of the column, however.  For instance, the plastic bead is denser than the vegetable oil and everything above it but less dense than the water and everything below it.  This makes the bead settle on the top of the water yet sink in the oil.

Experiment: How do I make a liquid rainbow?

1) Start your column by pouring the honey into the cylinder. Now, you will pour each liquid SLOWLY into the container, one at a time. It is better to pour the  liquids slowly and into the very center of the container.

2) Try and make sure that the liquids do not touch the sides of the cylinder while you are pouring. It's okay if the liquids mix as you are pouring in fact it looks cooler to see them separate out. The layers will always even themselves out because of the varying densities.

3) After letting the liquid layers settle, you’ll notice that they remain in the order you poured them into the cylinder and that they are clearly distinguishable from each other. What scientific principle do you think contributes to the column’s layers?  I’ll give you a clue... we just mentioned it 😊

4) Make a chart that shows the order of each layer. 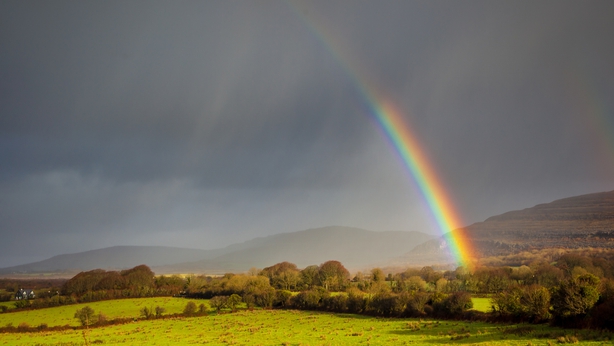