Siún and Sinéad spoke to Ray D'arcy about their podcast Beo ar Éigean and about the Irish language community which sustains them.

Tasked with evaluating the state of the Irish language currently, Siún and Sinéad said whilst this year has been an exceptional year for the language because of the hugely successful film, An Cailín Ciúin, the language has survived many ups and downs. 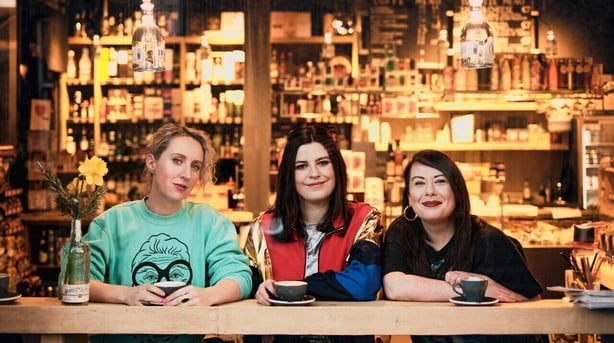 Beo ar Éigean is a podcast and radio show as Gaeilge and despite the fact that it wasn't created as a language learning resource, many listeners tune in to learn more about dialects and stay listening for the fun and interesting conversations between three friends, Áine, Siún and Sinéad.

Sinéad spoke about the many journeys the Irish language has brought her on, professionally, from broadcasting to voicing cartoon characters and acting roles, all of which she did in Irish.

You can listen to Beo ar Éigean ar RTÉ Radio One and anytime wherever you get your podcasts.

Colm Bairéad on why An Cailín Ciúin has captured hearts