Anocht, Tuesday 26th October, 7.00pm on RTÉ ONE, Mary Kennedy takes us on an emotional journey along Ireland's Camino. An tSlí incorporates history, geography, music and dramatic reconstructions as we learn the story of the National Famine Way

Next year is the 175th anniversary of Black '47. The history of the National Famine Way is at the very core of that terrible year. The route follows the trail of 1490 people from the Strokestown House Estate in Roscommon who were walked to Dublin by their landlord’s bailiff and put on ships to Québec in Canada. Mary Kennedy takes us on a journey along the 165km from Roscommon to Dublin, in the footsteps of the tenants of Strokestown estate. Along the banks of the Royal Canal there are hidden treasures and history, stories and musical performances as we travel through Roscommon, Longford, Westmeath, Meath, Kildare, and into the capital. 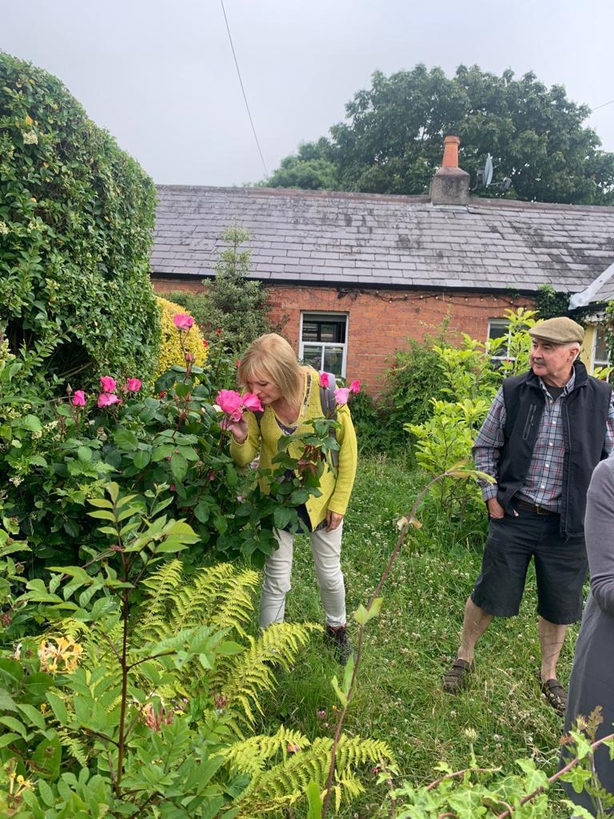 The killing of Major Mahon is told through dramatic reconstruction on the actual location where the assassination occurred in 1847. Mary talks with Jim Callery about his dedication to the story of the tenants of Strokestown, and travels the National Famine Way with Jim’s daughter Caroilin and renowned Famine writer Cathal Poirtéir. Caroilin and Cathal adopt the role of some of those original emigrants and tell their story in costume along the way.

Strokestown Park House in Roscommon is the site of the National Famine Museum since 1995. In 1979 local businessman Jim Callery needed a few acres to house his trucks, as he had recently acquired the Scania distribution for Ireland. At first his approach to the big house fell on deaf ears. But then the lady of the house, Olive Pakenham Mahon, surprised him with an invitation for tea and the news that she intended to sell the lot.

Jim Callery talked his partners into the deal by suggesting they keep what they needed and sell the house and the rest of the estate. The Mahons had been in Strokestown House since the middle of the 17th century so on Jim’s next visit he asked Olive if he could look around.

"There were papers everywhere. I mean everywhere. Within 20 minutes I had pulled out the Cloonahee Famine Plea." Jim Callery

That was 42 years ago. That famine plea was one of many sent to the landlord of Strokestown House, Major Denis Mahon, in 1846. The people who signed their names to the Cloonahee Petition were from the townland where Jim was born and still lives. These people were starving and their cries for help were joined by many of the nearly 12000 tenants living on 11000 acres on the Strokestown estate. Major Mahon in a desperate measure arranged an assisted migration scheme. The beginnings of it had 1490 tenants agreeing to leave with a bailiff who walked them the 165km to Dublin. From there they travelled to Liverpool, and the final leg of the journey had them sent to Québec on what became known as coffin ships. A third of them died in transit. When word got back to Strokestown, Major Denis Mahon became the first landlord killed during the famine.

· Tom Sullivan whose film Arracht, the Irish entry for best international feature at the 93rd Oscars, focusses on one individual’s plight during the famine

· UCD Sports Historian Paul Rouse who tells us the story of the 1947 All-Ireland final in New York, the only commemoration of the 100 year anniversary of Black 47.

· Niamh Farrell finds the time to tour and perform with David Gray while also working as an A & E nurse in St Vincent’s Hospital in Dublin. She performs the Pogues ‘Thousands are Sailing’ in memory of all Irish emigrants.

· We meet the lock-keeper whose family have been there since before the famine and a couple living in one of the beautiful cottages under the shadow of O’Connell’s monument.

Mary has come across many stories over her years travelling around the country. Since she first visited Strokestown House she has longed to delve into and tell this fascinating story. A story that is at the very heart of who we are.

An tSlí starts tonight, Tuesday, 26th October at 7pm on RTÉ ONE