Muireann Nic Amhlaoibh spoke to Seán Rocks on Arena on RTÉ Radio One about Róisín Reimagined which will premiere this week at the Kilkenny Arts Festival with the Irish Chamber Orchestra.

Muireann explained to Seán that the idea of Róisín Reimagined came to her when she sang Róisín Dubh on RTÉ Radio One at the beginning of the pandemic. The sentiment of the song speaks to the Irish people and inspired Muireann to explore further the canon of sean nós songs which are embedded in the Irish psyche. 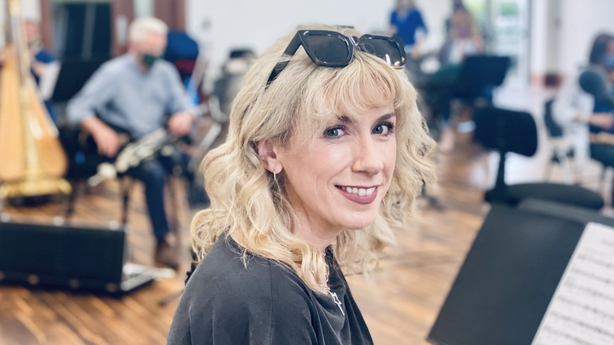 It explores the connections between classical and traditional music and reimagines these timeless songs for a new era.

'I consider these songs to be high art, the classical music of Ireland', says Nic Amhlaoibh and 'these songs deserve to be up on a big stage'.

Deá-Scéal Déardaoin✨
I'm delighted to announce that Róisín Reimagined is now available for pre-sale as a digital download, CD & Vinyl from kickstarter: https://t.co/dN5FU5AGVv

I can't wait to share more about the project with you in the coming weeks@ICOrchestra @doconnormusic pic.twitter.com/QSceexGb6a

Amongst the songs chosen for the project were, Ar Bhruach na Carraige Báine, Slán le Máigh and Róisín Dubh most of which were composed from the 16th to the 19th century.

Listen to Arena, from Monday to Friday on RTÉ Radio One from 7pm