When it comes to naming babies, it's a bit like everything else, names come in and out of fashion. Seo mar a bhí againn anuraidh.

Don chéad uair le fada, tá buaite ag Grace ar Emily i measc na gcailíní. Fiadh has taken up the second most popular name in Ireland. Fíadh, with a síneadh fada has also made an appearance and has been making waves too.

The CSO tells us how much the country has moved on in names: 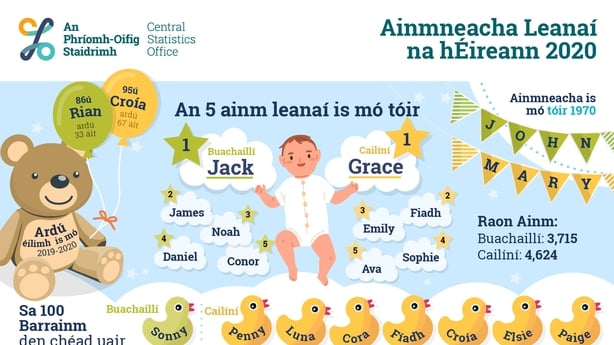 You can find out more about the CSO's analysis anseo