Tonight at 7pm on RTÉ One, in the first episode of the series, Cosc takes a look at the culture war in the early years of the Irish Free State and the ant-jazz campaign.

A culture war in the early years of the Irish Free State. A feverish and fervent campaign against dangerous dances and malevolent music. Dancing creating a firestorm, uproar right across the country, the authorities blindsided. And the reason behind the controversy? All that jazz!!!

This episode of 'COSC' (Banned) looks back at the anti-jazz campaign of the 1930s in Ireland.

With the founding of the country both church and state sought to promote a traditional, conservative identity for the Irish people. A form of music that didn’t fit into this ‘new Ireland’ was Jazz. At that time, the term Jazz was used here to refer to any form of modern dance. By the 1930s its popularity was rising, largely thanks to the relatively new technologies of radio and gramophone players. But the Catholic Church in particular was up in arms about unsupervised dancing in unlicensed dance halls, and one bishop referred to jazz dancing as ‘a menace to morality’.

Mohill in County Leitrim became the centre of the Anti-Jazz Campaign. Its leader, Fr Peter Conefrey was from the town and was a very active member of the Gaelic League. On New Year’s Day 1934 over 3000 people from south Leitrim and neighbouring counties marched through Mohill protesting against Jazz and the amount of airtime given to this ‘foreign music’ on Ireland’s national radio station, 2RN. Five bands accompanied the protestors on the march, who were carrying banners bearing slogans such as ‘Down with Jazz’ and ‘Out with Paganism’. Letters of support from Eamon de Valera and Archbishop MacRory were read to the assembled crowd and Fr Conefrey spoke passionately urging the government to ‘put down this Jazz’! 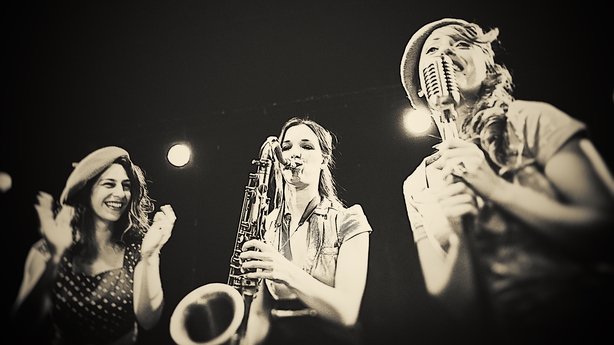 However, it was a speech at the protest by the secretary of the Gaelic League, Seán Óg Ó Ceallaigh that caused most controversy. He attacked the Minister for Finance Seán MacEntee who he said was ‘out jazzing every night of the week’. The government were angry about the attack on one of their ministers and subsequently cancelled a lecture Ó Ceallaigh was due to give on the national airwaves the following week. The influence of jazz was discussed at local authority meetings all over the country as well as in the Dáil, giving rise to heated debates.

The following year, due to pressure from the anti-jazz campaign and an unpublished government inquiry into the moral state of the country, the 1935 Public Dance Halls Act was introduced which meant a licence was needed from a district judge to hold a public dance, even in private homes. Ironically this had a detrimental effect on the traditional Irish music and dancing in houses that the Gaelic League wanted to promote. The new act worked in favour of local clergy who applied successfully for dancing licences that were held in parish halls and became a source of income and for the government, who took a 25% tax on each ticket sold.